Honoring past generations through culinary memories 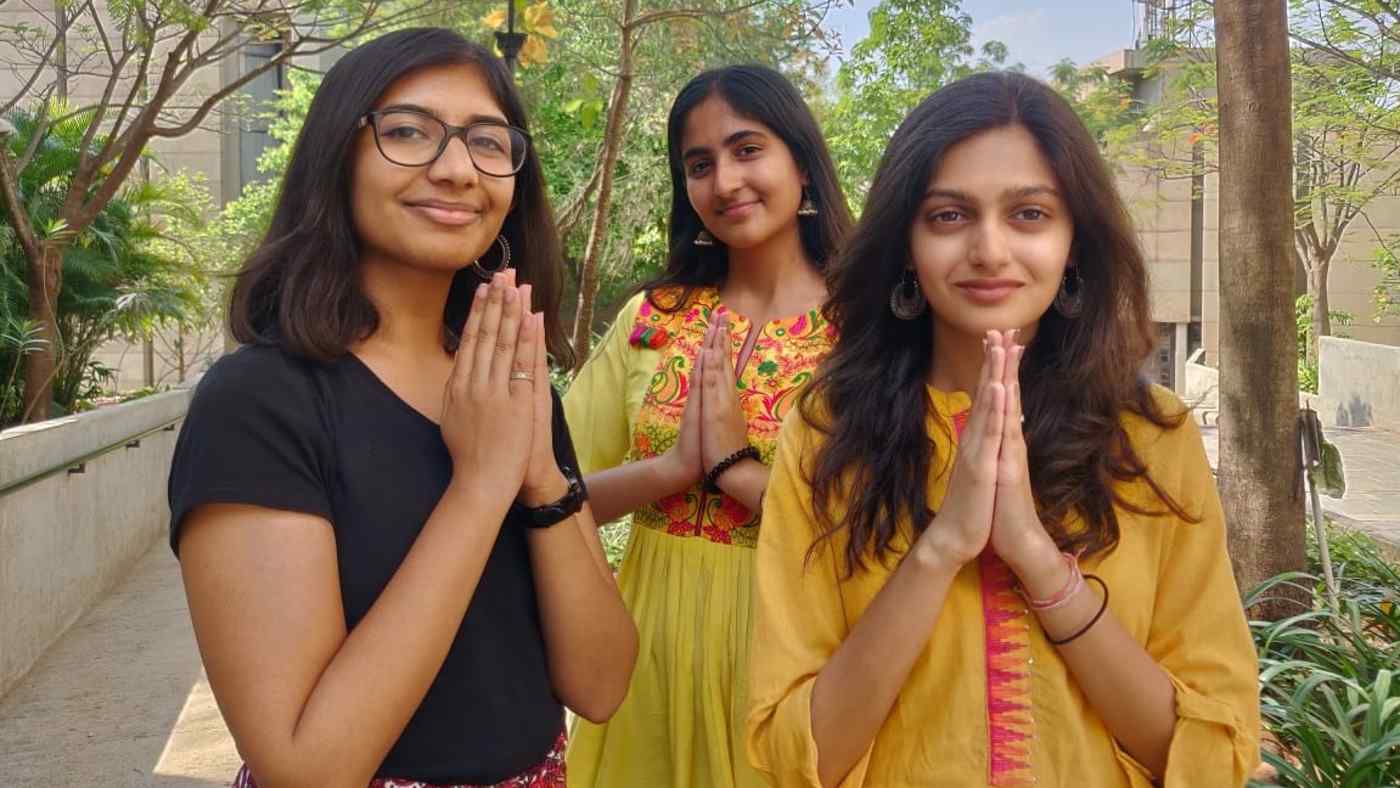 Three young women who recently graduated from FLAME University in Pune have set up an online archive to collect recipes that are being forgotten amid more modern cuisine trends. (Photo courtesy of the Indian Community Cookbook Project)
Charukesi RamaduraiAugust 11, 2021 11:03 JST | India
CopyCopied

Recipes are more than detailed lists of ingredients and cooking methods, they are about memories, communities and connections. One of my biggest regrets is not having sat down with my grandmother -- or even now, my mother -- to note down their takes on "special" traditional recipes. It is not as if I couldn't find such recipes in a cookbook or somewhere online, if I really tried. What I miss is the way she would have described the process itself, with a slight disdain for specifics, urging me to measure with my eye and taste with my nose. "A pinch of thing, a handful of that" is how she thought of recipes, and that is hard to find in printed cookbooks.

With this kind of homegrown approach in mind, three young women who recently graduated from FLAME University in Pune, in western India, set up an online archive to collect recipes that are being forgotten amid more modern cuisine trends.

What started as a small two-month college project is now in its third year as a free online repository of recipes from across India, its popularity growing even further amid the country's COVID-19 crisis as people in lockdown turned to cooking and reading about or working with new or lost recipes.

Calling their venture the Indian Community Cookbook Project (https://communitycookbooks.wixsite.com/website), the three launched a drive to showcase the regional culinary diversity of India. But the project is also aimed at collecting personal reminiscences about cooking in the form of everything from handwritten notes to audio or video clips.

Although Indian cuisine is viewed globally as one red curried mass (think "chicken tikka masala," a dish most Indians have never even heard of), there are thousands of regional dishes. Every regional and ethnic community has its own special recipes, dishes, ingredients and cooking techniques, many of which have been lost over time. The idea of a recipe as "a pinch of something, a handful of something," as my mother taught me, is something that is hard to find in printed cookbooks. (Photo by Charukesi Ramadurai)

"The idea of Indian cuisine itself is very homogenized, but there are so many communities and subcultures within them, and each cuisine is so unique. That has somehow become lost down the generations," the project leaders explain. Odisha cuisine is prepared in little or no oil, which makes it very nutritional, healthy and and enhances taste as well. Mansho Ghantia is a non-vegetarian mutton dish with dal and vegetables grown in the eastern part of India. (Photo courtesy of the Indian Community Cookbook Project)

Like the country itself, Indian cuisine is multifaceted. No two states eat the same food, or even the same kind of food. If the southern Indian state of Andhra Pradesh unapologetically leans toward fiery red curries and pickles, then the western state of Gujarat is fond of generous pinches of sugar or sweet jaggery in its cuisine to balance the other tastes. Northeast Indian cuisine is unlike anything else in the country, abundant with pork dishes and local greens.

The project idea first took shape when Ananya Pujary, who grew up in the Middle East, felt that she was losing touch with her family roots in the Tuluva community of the southern state of Karnataka. "I realized that our oral [culinary] traditions were mostly undocumented, and I wanted to collect them together. Plus, there was the added feeling of nostalgia towards my country and my community that made me take on this project," she explains.

She joined hands with fellow students Khushi Gupta and Muskaan Pal. The latter also felt she was losing touch with her roots in the Haryana community near New Delhi since she grew up in Mozambique. "The food we cooked and ate was based on what was available there, so I didn't have much awareness about my community's traditional cuisine. And I wanted to rectify it," Pal says.

The three women began collecting recipes from family, friends and university faculty. As more recipes were submitted by people who heard about their project, they realized this was much larger and more significant than just a college project.

Pal echoes my own thoughts when she says: "Through the initial days of the project, we realized that food is so central to life. So we wanted to document also what food means to people sharing the recipes with us." It is usually in the form of stories and memories, she says, adding, "It's like something that grandmother used to make, or something that is made only for special occasions." Pittu, a typical dish of the Arya Vysya community, is made from a variety of legumes and is therefore highly nutritious.  (Photo courtesy of the Indian Community Cookbook Project)

What struck me about the project is the way the trio pursued the stories of underrepresented cuisines. Throughout India, usually affluent, upwardly mobile subcultures, such as the traveling and trading Chettiars in Tamil Nadu or the prosperous Gujaratis, have plenty of documentation of their regional specialties, whereas marginalized communities such as those from northeast India are hardly noticed. It is heartening to note that the project is seeking not only recipes and stories from this neglected region in general but also specifically to identify cuisines from each state in the region.

And that is how a small college assignment has acquired the potential of becoming a significant sociocultural documentation project. Through food, it can also serve as a reminder for all younger Indians (in fact, all young people across cultures) to talk to family elders and collect and document their culinary tips and special recipes as precious heirlooms. After all, cookbooks can offer up recipes, but never reminiscences.

Charukesi Ramadurai is an Indian freelance journalist based in Malaysia.