How the Taliban have divided the cricket world 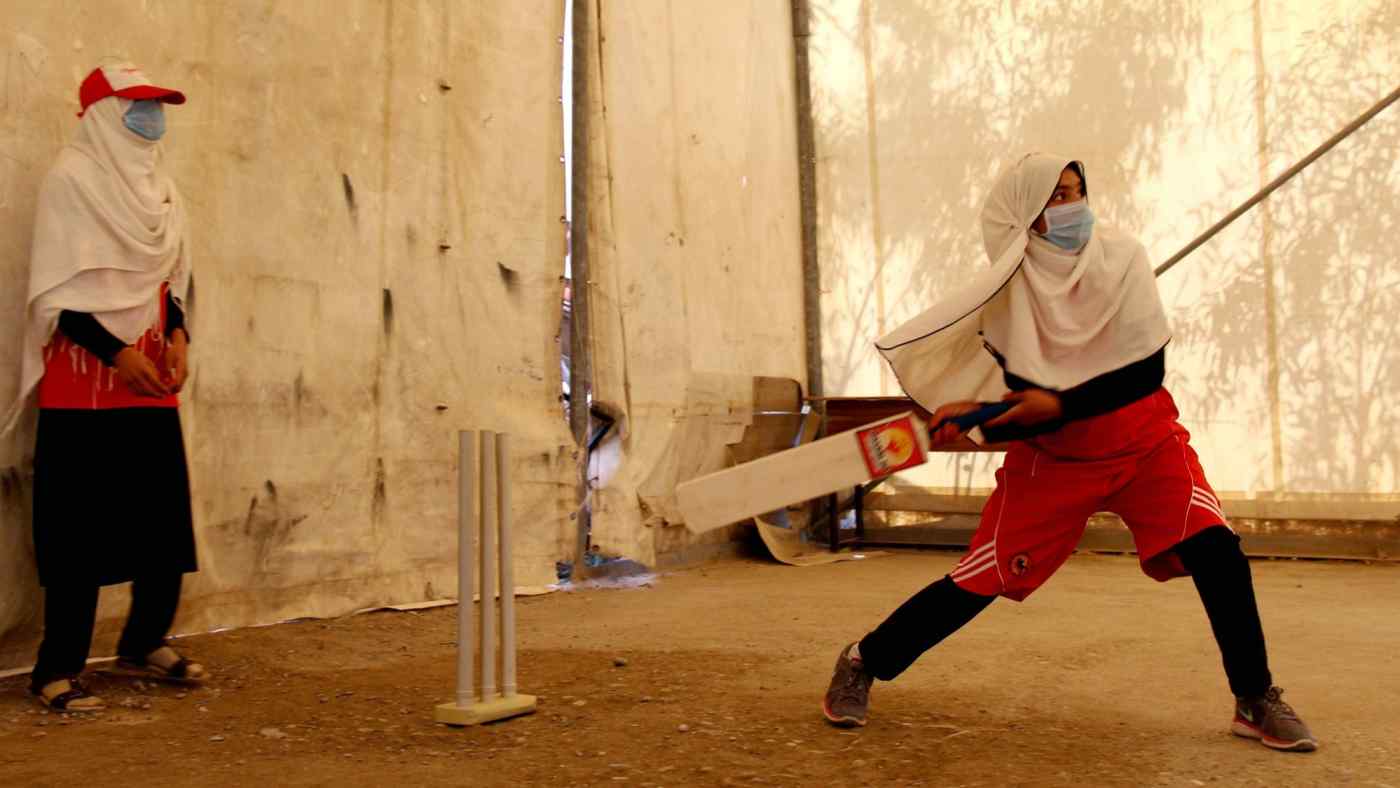 I loved cricket when I was growing up in England, the home of the game, but don't remember any female participation in the sport. Now, I have nieces and nephews who play in mixed adult teams, and the women's professional game has developed in leaps and bounds.

The same is true at the top of the game. In 2017, the International Cricket Council, the sport's governing body, made the Afghanistan Cricket Board, a state-backed body, a full member on the understanding that the women's game would be developed -- with the council's help. In November last year, 40 Afghan female players were invited to a training camp organized by the ACB, and 25 were awarded contracts.

Compared to soccer, which has a governing body with more full members than the United Nations, it can be easier to make a mark in cricket. A total of 106 countries are members of the ICC, including 94 associate members playing cricket in formats ranging from a few hours to a full day. In 2018, though, Afghanistan became just the 12th nation to play a Test match, the five-day version of the game that is regarded as the pinnacle of the sport and its purest form.

That match in Bangalore, which ended in a win for India, put the country literally in the same league as India, Pakistan and Sri Lanka -- all leading international cricketing powers. But it also marked the end of an extraordinary period of cricket development that began only in 1979, when the Soviet invasion of Afghanistan created waves of refugees around the country's border with Pakistan.

Those refugees came to share their Pakistani neighbors' love of the game, and cricket became a symbol of national pride in 2015 when Afghanistan joined the World Cup in Australia and New Zealand, a tournament played every four years in which games take one day to complete. The new boys went out in the first round, losing five matches, but registered a win against Scotland.

In Test cricket, Afghanistan has since scored three wins, against Bangladesh, Zimbabwe and Ireland, all currently standing near the bottom of the Test rankings. In November, the team is scheduled to return to Australia for a first Test confrontation with Australia, currently ranked third in the world. But the match may not go ahead -- not because of the Taliban's resurgence in Afghanistan in August, but because of the new Kabul government's attitude to women's sport.

Female cricketers began to play the game in significant numbers after the fall of the earlier Taliban regime in 2001, but their journey has been even more difficult than that of the country's male players, in part because of fears for their safety in a country where some men still felt uncomfortable watching the opposite sex play sports.

After being disbanded in 2014, the women's international team was reconstituted in 2020 as attitudes began to change. "It was really hard for us," team member Roya Samim told Australian journalists recently. "But slowly ... people got used to the idea." Now, the return of the Taliban has raised fears of a further ban on women's cricket, despite government undertakings to protect women's rights. "Islam and the Islamic Emirate [Afghanistan] do not allow women to play cricket or play the kind of sports where they get exposed," Ahmadullah Wasiq, deputy head of the Taliban's cultural commission, told international media in September.

Comments like those have prompted calls for Australia to cancel the upcoming men's Test against Afghanistan in protest, and even to boycott the T20 World Cup (the shortest international version of the game) in the United Arab Emirates and Oman, that begins on Oct. 17, because of Afghanistan's participation. Others have called for the ICC to suspend Afghanistan from all international cricket.

That debate continues. But it is unlikely that the Taliban will withdraw their objections to women's cricket because of Western protests -- more probably, any action against the country's male cricketers would lead to a ban on all cricket in Afghanistan.

"If other countries, other worlds, take this from Afghanistan, I don't think it will help. It will destroy the hope of the Afghanistan people," former Afghan women's cricket development manager, Tuba Sangar, now in exile in Canada, told the BBC recently.

Gender inclusion in sport is important, and can be very successful, as the popularity of women's cricket in England shows. Sadly, though, it is unlikely that anyone outside can impose an inclusive approach on the new regime in Afghanistan.

John Duerden is a sports journalist based in Seoul.