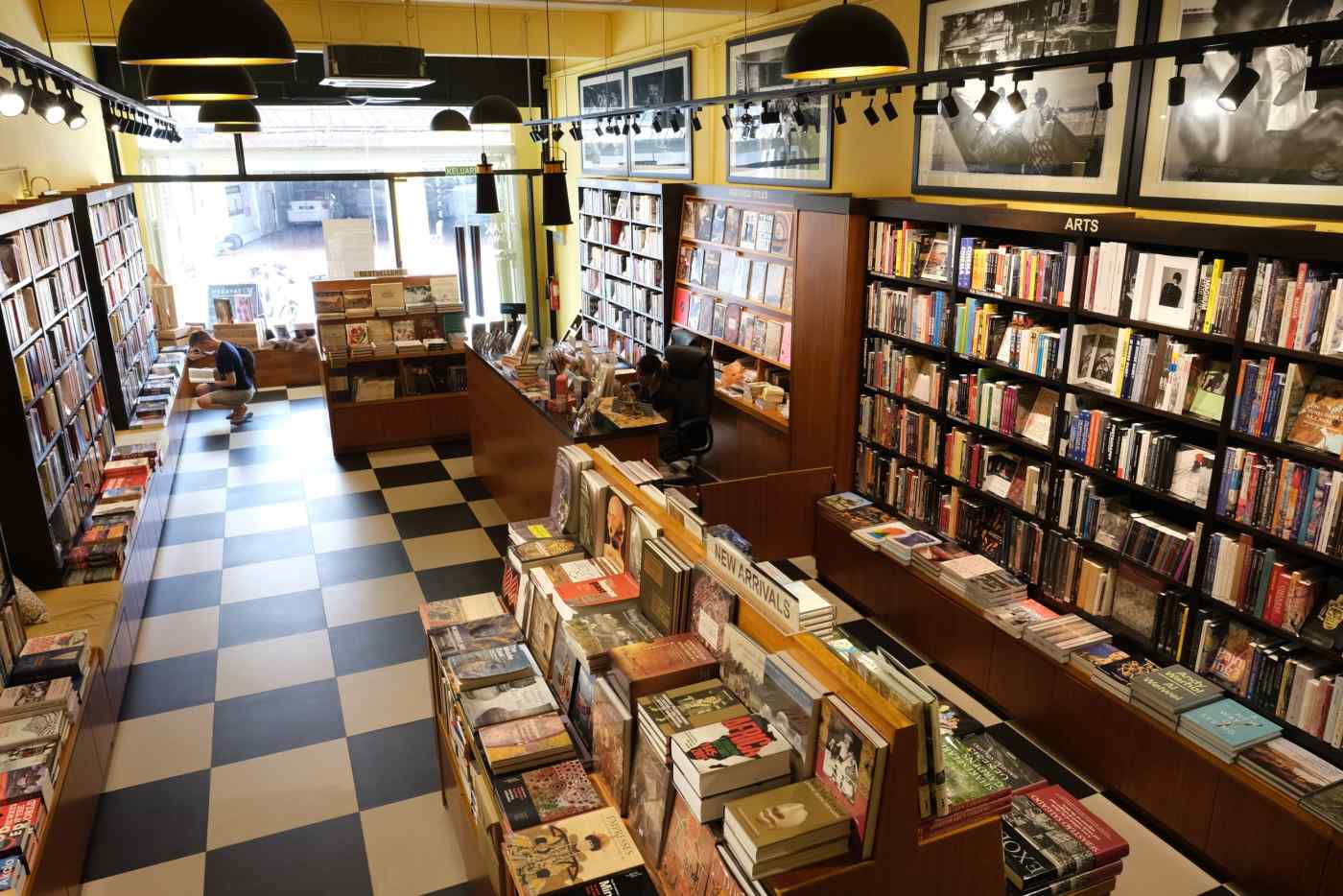 I fondly remember back in 2007, when I was still new to Asia, how I would go to a special place in Chiang Mai's Soi Ratchaphruek after each of my "maiden expeditions" into the surrounding remote hill tribe territory.

It was not a club where I could binge on cold beer and Western comfort food. Instead, as a small-town nerd from Italy, I was missing books and literature, and my destination was Silkworm Books, a most unusual bookstore back then for Southeast Asia. Filled with soaring metallic shelves neatly packed with volumes of all shapes, sizes and languages, it constituted the "betwixt and between" of global culture in a part of the world where literary emporiums were rare, even in a fairly developed nation like Thailand. Books on display at Singapore's Books Actually, once a magnet for literature lovers and creatives in the Tiong Baru district. (Photo courtesy of Books Actually)

I would browse for hours, stocking up on books to take on my next trip, inhaling the addictive scent of printed pages and quizzing the staff about cultural events in town.

When it opened in 1987, Silkworm Books was a beacon of literary hope and imagination, a pioneer for other independent bookstores that have since sprung up in many regional cities. In Vietnam there is now BOA in Ho Chi Minh City and Bookworm Hanoi, or the Post and Aksara Bookstores in south Jakarta, and Phnom Penh-based Monument Books, with branch stores across Cambodia, Laos and Myanmar.

These vintage-looking spaces, often attached to cozy cafes where readers can linger for hours, introduced a global literary culture to the region. Even then, they seemed almost quixotic in their aims, serving as a quiet place of refuge amid untrammeled urban development and a fading analogical world of printed objects instead of evanescent media and computer files.

I settled in Penang in northern Malaysia in 2009, shortly after its newfound UNESCO status started transforming the crumbling George Town into one of the region's most vibrant cultural centers. I quickly realized how important having even just one independent bookstore was in a city's development. The yellow door of Gerakbudaya Bookshop, directly across from the imposing gopuram of Little India's Sri Maha Mariamman temple, was my gateway to that delightful twilight zone of global knowledge I first discovered in Chiang Mai. Kenny Leck, the founder of Books Actually, in the former physical location of this seminal Singaporean bookstore. They ceased brick-and-mortar operations and moved online after lockdown restrictions in March 2020. (Photo courtesy of Ktaya Boonyaratana)

The store's owner, editor, writer and local cultural patron Gareth Richards, has used the space to attract lovers of literature from all classes and racial backgrounds, breaking down the ethnic and religious boundaries so typical of Malaysian society. His bookstore, which now includes a second larger outlet on Beach Street, remains a crossroads where writers and artists can make meaningful connections with local and visiting intellectuals, forming ties that not only reach across the region, but around the world.

But independent bookstores in Southeast Asia, just as elsewhere, are under threat due to the COVID-19 pandemic that has depressed sales, even as they face stiff competition from online book retailers such as Amazon, and expanding corporate book chains. Even such iconic bookstores as Shakespeare and Company in Paris, The Strand in New York and City Lights in San Francisco have resorted to asking for donations to survive. Another of Paris' historic bookstores, Gibert Jeune, also closed down in January.

The damage is already evident in Southeast Asia, where bookstores are needed more than ever as governments increasingly resort to authoritarian measures that threaten to stifle creativity. Even a local corporate franchise like Singapore-based Popular had to shut all 16 Hong Kong outlets in March.

Books Actually, an iconic literary haunt in Singapore's hip Tiong Baru district, where I launched my second book in 2015, closed after 15 years of supporting an independent culture in the conservative city-state. "We closed the physical space because after two months of lockdown [due to COVID-19], online sales are now doing better than we ever did in the bookstore," owner Kenny Leck told me.

Gerakbudaya (a separate entity from its Penang namesake), a bookstore and publisher in Kuala Lumpur known for its critical-thinking Southeast Asian books since 2000, has asked readers to buy its books to shore up declining business. "We have been running for quite some time, developing a reputation as a source of special, progressive books in Malaysia [and] as a cultural hub where we hold forums and discussions," said publisher Chong Ton Sin. "If we close down, I feel that our community will miss all that." 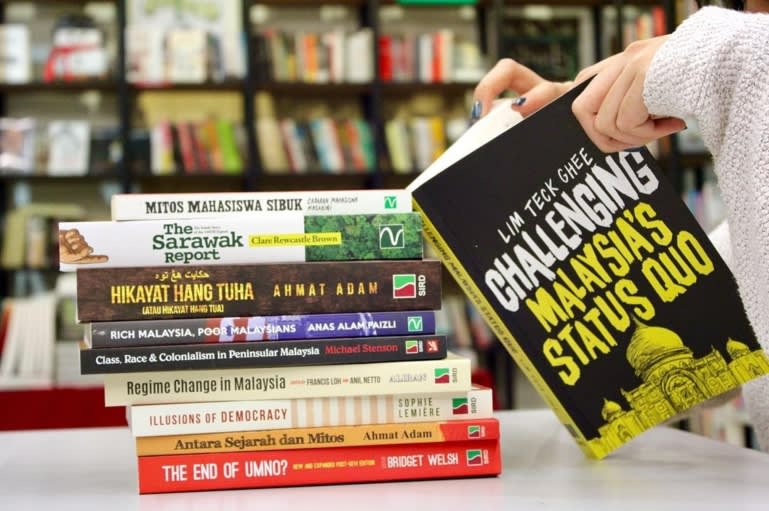 Gerakbudaya in Petaling Jaya, Kuala Lumpur, is known for its special, progressive books on Malaysia and the Southeast Asian region. (Photo courtesy of Gerakbudaya PJ)

Buying books online from independent bookstores will help maintain their grassroots existence while certainly supporting social distancing during the pandemic. But in the cityscapes of Southeast Asia, where giant malls and global coffee chains keep stealing the spotlight from cultural spaces, no online experience can duplicate the feeling of visiting a curated bookstore, asking a bookseller for advice and, most importantly, meeting like-minded individuals.

Physical bookstores have a captivating power to turn cultural differences into a common love of knowledge -- a solid base for any healthy society. But if these special spaces disappear from Southeast Asia's booming cities, the region's creative freedom and inspiration will face an even rougher ride.

Marco Ferrarese is a Penang-based writer and author of books on Asia including "Nazi Goreng," "Banana Punk Rawk Trails," and several in the "Rough Guide" series.