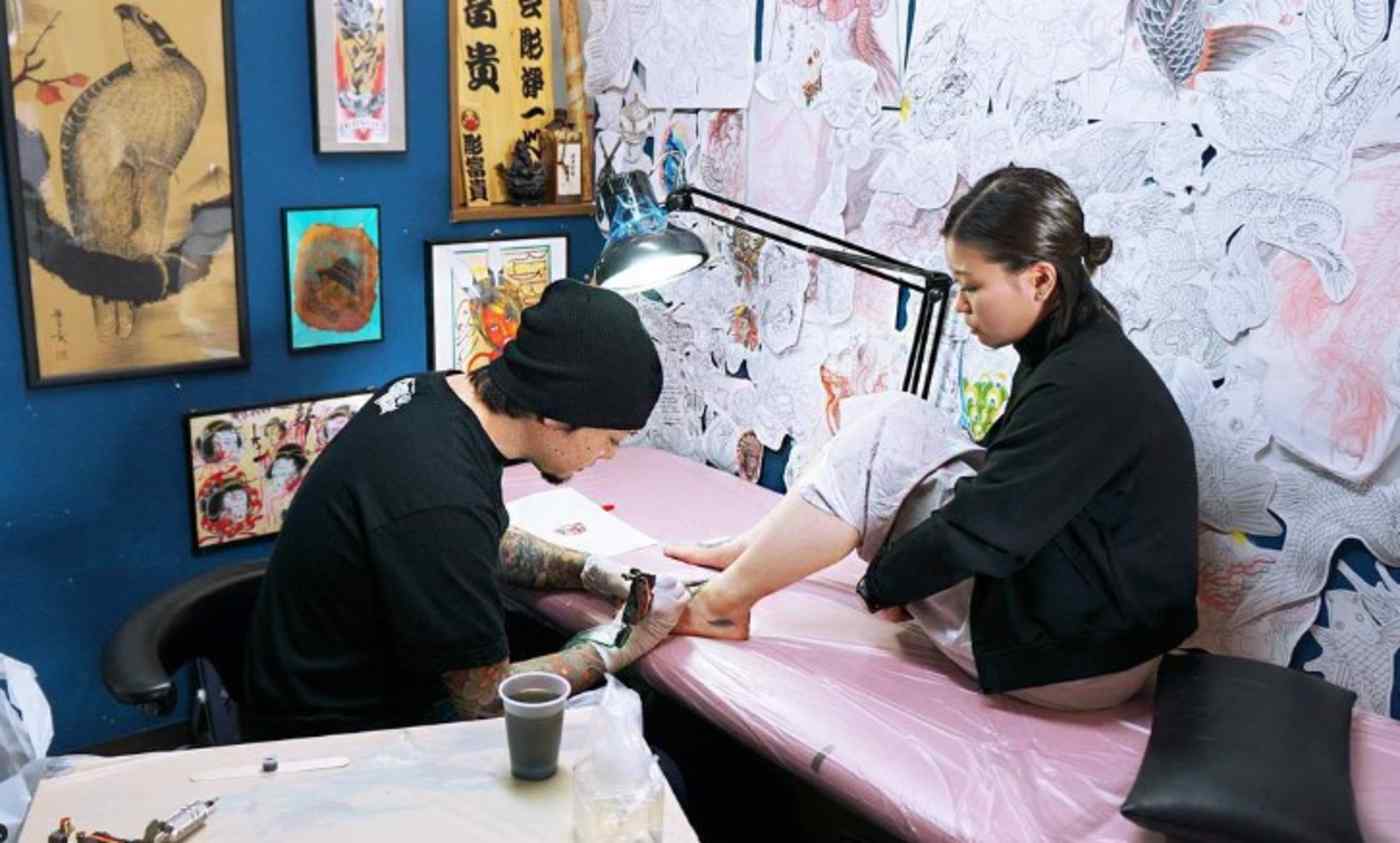 Tattoos may not have yet entered the mainstream in Japan, but the stigma surrounding them is fading. (Screenshot from Red Bunny Tattoo's Instagram page)
STEPHEN MANSFIELDOctober 5, 2022 11:00 JST | Japan
CopyCopied

A fissure of excitement spread among my student friends in the 1970s when a film fanzine reported that the actor Helen Mirren sported a tiny tattoo on the sole of her foot. Four decades later, a similar fizz rippled through Japan when it was revealed that Caroline Kennedy, U.S. ambassador to the country from 2013 to 2017, sported two tattoos, one visible -- a small butterfly under her right elbow. Would she be admitted to Japan's notoriously conservative hot springs, swimming pools and gyms, we wondered?

Tattooing has a long and complex history in Japan. Its lineage can be traced to facial designs on haniwa, ancient clay figurines dating from the fourth and fifth centuries, but it was also used to punish recidivist criminals, who were humiliated by having their foreheads inscribed with four strokes composing the ideogram for "dog." From the late 18th century to the mid-19th century they were used concurrently as punishment marks and as fashion statements among legions of laborers, rickshaw-pullers, sushi chefs, artisans, Kabuki actors and women of the pleasure quarters.