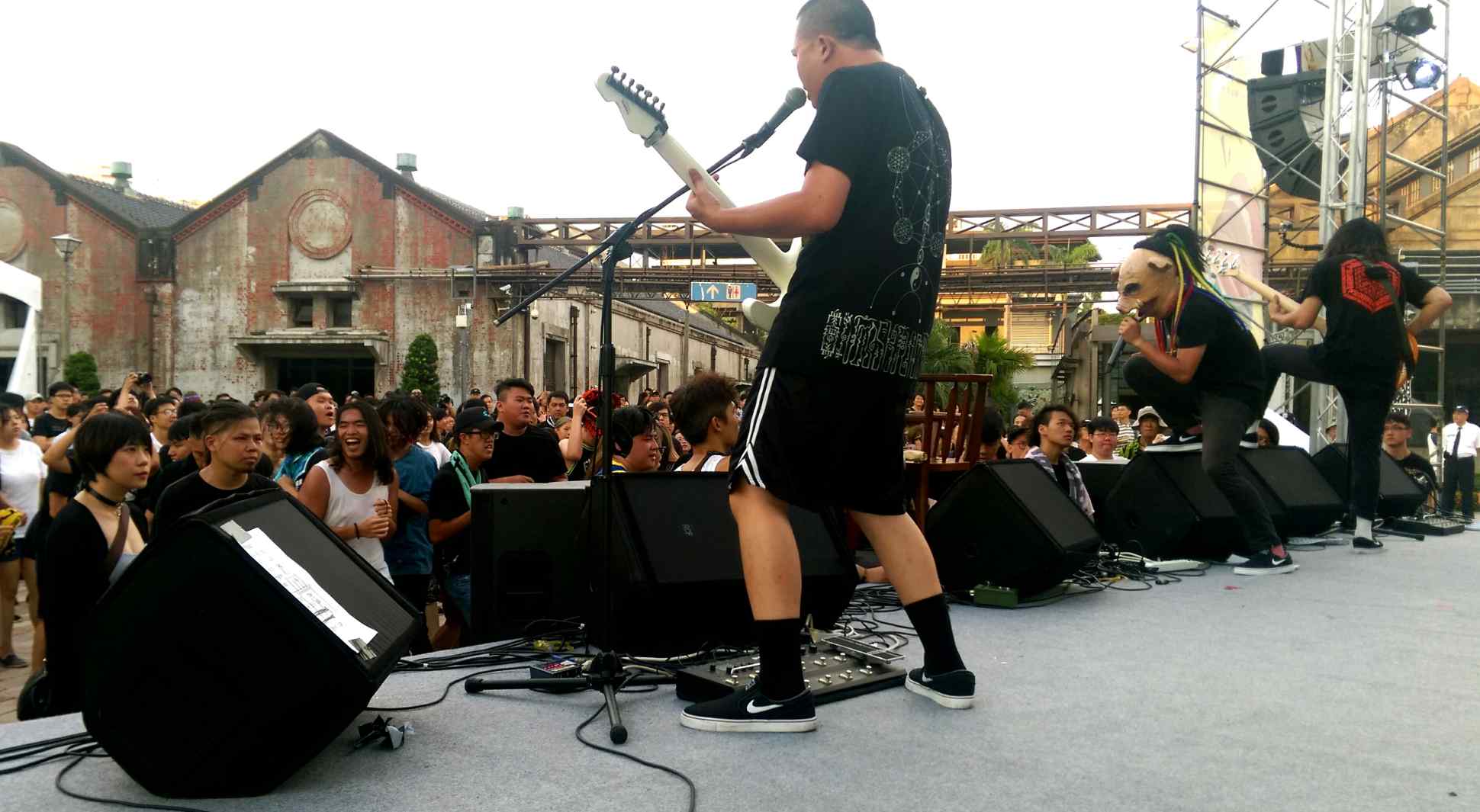 Anniversary of move toward democracy sparks celebration and reflection

Flesh Juicer was one of a dozen Taiwanese bands performing at a music festival in an old Japanese-built brewery to commemorate the 30th anniversary of the end of martial law under the Kuomintang, or KMT. After being routed by Mao Zedong's Communists, who had laid low during China's war with Japan, the remnants of Chiang Kai-shek's KMT fled to Taiwan in 1949, initiating four decades of martial law that ended in 1987.