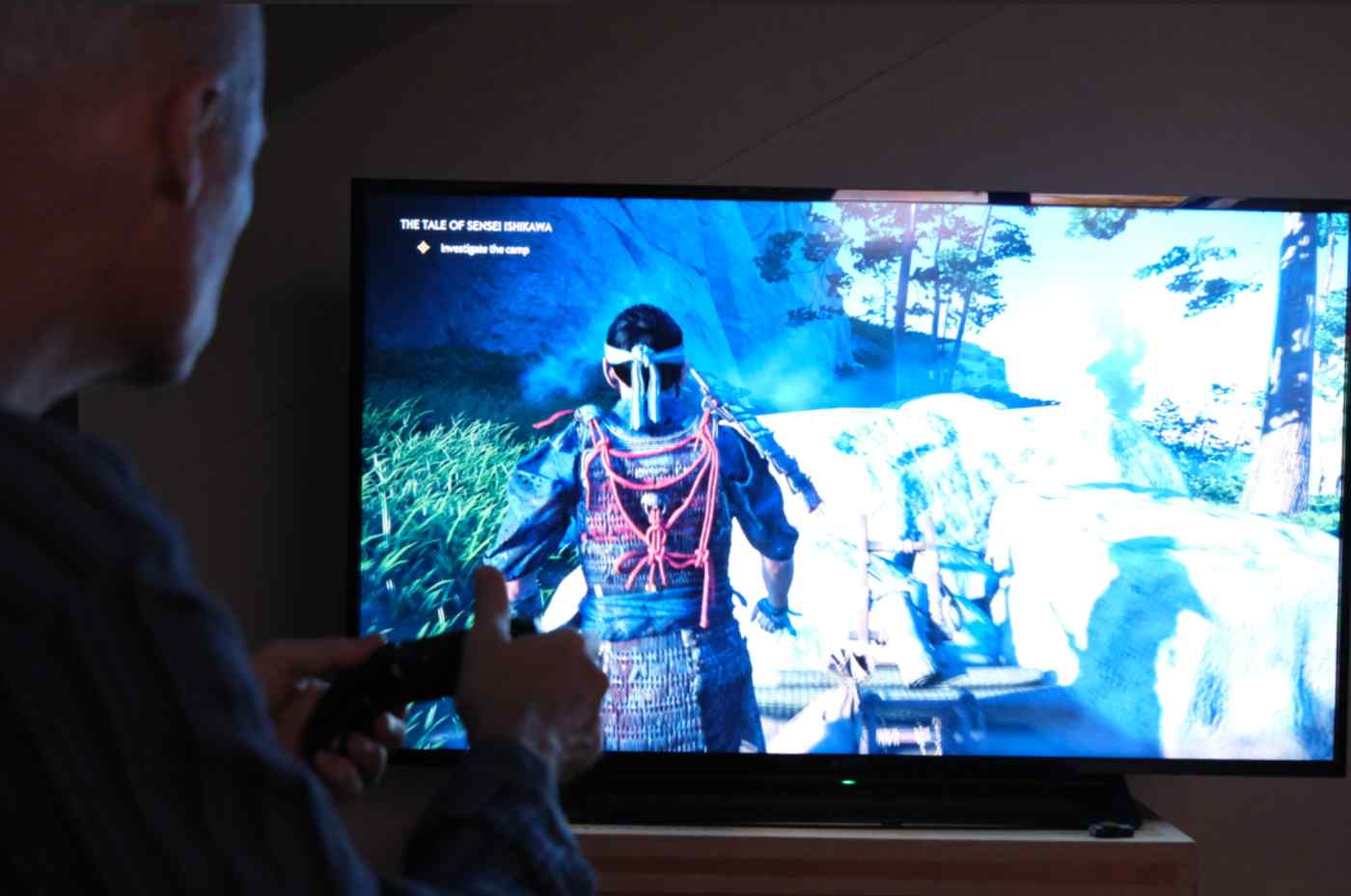 I hold my trusty sword in the moon stance. With my grimacing red mask and stag's antlers sprouting from my helmet, I almost scare myself. Having nourished my bodily strength in the hot spring and hardened my resolve by praying at the fox's den, I'm ready for anything. The enemy edges toward me, the flames flickering behind him...

This is the scene on my PlayStation 4 screen as I hit pause, put down my controller and get another beer from the fridge.

Role-playing video games eat up an inordinate amount of time. Even dedicated otaku (geeks) can take more than 50 hours to complete The Ghost of Tsushima, the game I've been playing. For a beginner like me it would take longer than rereading the works of Dostoevsky. Even so, as a longtime fan of samurai movies, I found the game utterly compelling.

Ghost, the brainchild of American developer Sucker Punch, has been a sensational success since its release in July. Global sales of 2.4 million in the first three days made it the fastest-selling original title for the PS4. In Japan, several stores ran out of stock almost immediately, and it earned a perfect score from the Famitsu gamer magazine -- the ultimate accolade for a Japan-themed creation.

The story is based on historical fact. In 1274, Mongol forces invaded the island of Tsushima, situated halfway between mainland Japan and the Korean Peninsula, massacring the defending samurai and much of the local population. With Korea already forced into vassalhood, Kublai Khan, the Mongol emperor, planned to incorporate Japan into his continent-spanning empire -- an ambition that was later shattered by a kamikaze (divine wind) that wrecked his fleet off the Japanese island of Kyushu.

In Ghost, the Mongols' nemesis is not a typhoon but Jin Sakai, a young samurai who survived the initial onslaught and decides to fight back. The "cinematography" is often superb -- one flashback of a much younger Jin practicing swordsmanship under falling cherry blossom is particularly memorable.

The influence of the legendary Japanese film director Akira Kurosawa is clear. Unsurprisingly so, since the game's art director, Jason Connell, is a Kurosawa fan who cites "Ran," Kurosawa's late masterpiece, as a particular inspiration.

Indeed, if you opt for "Kurosawa mode," you can experience the entire game in weathered black-and-white with slightly compressed sound. Turn on the Japanese language speech with English subtitles and you almost expect to see the actor Toshiro Mifune stroll into view with his trademark toothpick jutting from his lips.

Great films are not just about the visuals. They take you on the kind of emotional journey that is beyond the capability of a video game. Or is it? The Ghost of Tsushima also provides moral dilemmas and intriguing backstories for the characters. The influence of the legendary Japanese film director Akira Kurosawa is clear. (Photo by Peter Tasker)

Jin was a weakling as a youth and bitterly regrets his failure to save his badly wounded father from a bandit. Now he is a ruthless guerrilla fighter willing to use all possible means -- poison darts, smoke bombs, stabbing men as they sleep -- to repel the invaders. Lord Shimada, his uncle and former mentor, is appalled by his "dishonorable" methods.

When the Mongols came ashore in the 13th century they were not only merciless but also equipped with gunpowder weapons that the defending Japanese had not seen before. Jin prioritizes the survival of his clan and, by extension, the independence of Japan. Shimada adheres rigidly to the samurai ethos. Pragmatism over ideology -- it is a conflict that recurs in Japanese history, from the last stand of the samurai under the leadership of Saigo Takamori in 1877 to the end of the Pacific War, when schoolgirls with wooden staves were expected to help resist an expected American invasion.

Jin comes to understand that he can accomplish nothing alone, that he needs allies. Prime among them is Yuna, a tough thief who accompanies Jin and gives him advice. True to movie convention, they learn from each other -- Yuna  transforming into a female samurai, Jin becoming more patient and cunning.

In the climactic scene -- spoiler alert -- Jin is confronted with a deadly existential choice that Kurosawa might have admired. One path would restore his samurai status at heavy cost, the other would condemn him to the disgraced life of an outlaw. In a film, you would be a passive observer of the decision. In the game, you decide yourself -- and feel regret afterward, no matter which path you choose.

The conventional wisdom is that videogames are for nerdy youngsters with too much time on their hands, yet The Ghost of Tsushima hints at much greater artistic potential. Who knows -- perhaps the Kurosawas of the future will be game developers.

Peter Tasker is an analyst with Tokyo-based Arcus Research and a neophyte video-gamer. His latest book is "On Kurosawa."