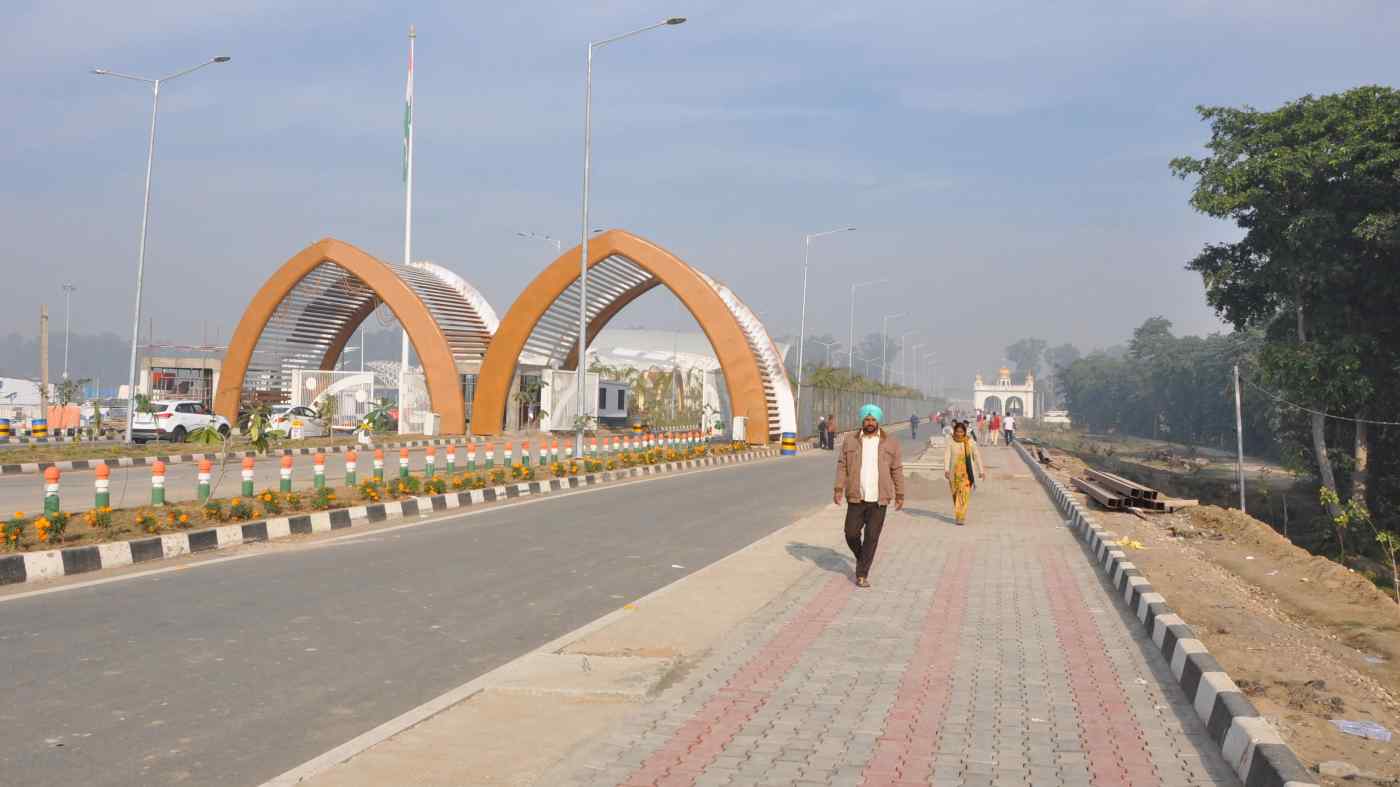 Guru Nanak, the founder of the Sikh religion, would have been delighted.

In early November, India and Pakistan put aside their long-running dispute over the contested territory of Jammu and Kashmir to inaugurate a new border crossing 40 km north of Amritsar, in India's Punjab State.

From the small town of Dera Baba Nanak, Indian Sikhs can now cross the frontier to Pakistan's Punjab State visa-free for the first time since the two countries won independence from the U.K. in 1947. At the official opening on Nov. 9, about 550 pilgrims crossed, including former Indian Prime Minister Manmohan Singh.

The new crossing, called the Kartarpur Corridor, conveys only a limited right of access to Pakistan for Indian Sikhs, who can travel just 3 km to the Gurdwara Darbar Sahib Kartarpur shrine, where Guru Nanak died. Technically, up to 5,000 pilgrims can cross daily from India, but Pakistani citizens cannot enter India; it is a one-way deal.

Nevertheless, the addition of the corridor to a handful of other crossing points along the border marks a noteworthy development in relations between the two countries, providing a relatively easy route into Muslim-majority Pakistan from Hindu-majority India for a significant religious minority.

In a reflection of the importance attached to the crossing by both countries, its opening was celebrated in separate ceremonies on each side of the border by the Pakistani and Indian prime ministers -- Imran Khan and Narendra Modi -- just three days before 550th birthday celebrations for Guru Nanak took place on Nov. 12.

Both India and Pakistan have built impressive new approach roads and service buildings, and huge flagpoles on each side fly the Indian and Pakistani flags. In an encouraging sign, the poles are the same height -- about 70 meters -- the authorities apparently spurning the battles over flagpole size that raged for decades in the demilitarized zone between South Korea and North Korea.

Initially, the number of Sikhs crossing the border was generally fewer than 500 per day. However, on Nov. 24, the day I visited, 1,470 people made the trek -- the highest total since the corridor opened, according to the Indian media. The Pakistani Sikh shrine committee had to make special arrangements to provide langar (free food) to meet the surge in arrivals.

Still, the four-lane highway on the Indian side was largely empty while I was there, suggesting that it may be some time before the number of pilgrims reaches the permitted maximum.

Some Sikhs -- I saw a few dozen -- come to the crossing not to visit the shrine but to gaze across the Ravi River into Pakistan. A large green sign 600 meters away is inscribed in English, "Welcome to Pakistan." In Punjabi it carries a slightly different message: "All pilgrims welcome to Pakistan."

There was nothing on the sign in Urdu, Pakistan's national language, perhaps out of sensitivity to the troubled history of this border area, where Sikhs and Hindus fled east to India and Muslims west to Pakistan when British India was hurriedly partitioned. As many as 1 million people were slaughtered in intercommunal violence. Some Sikhs came to the border just to look across because they were unwilling to pay the $20 fee imposed by Pakistan. (Photo by Michael Hayes)

When I asked one Sikh man if he was going to the shrine, he said he had driven 250 km to see the border but was unhappy about the $20 cost of a permit to cross, payable to Pakistan. Meanwhile, Sikhs who had paid the fee online left the Indian side in golf carts, and motored over to Pakistan across a small bridge.

In 30 minutes I saw five carts heading west, trundling down a dirt track towards the river. The new Indian road ends just before the river in an elevated and very abrupt dead end. It is not clear when it will be finished; there was no sign of a matching bridge starting from the Pakistani side.

Born in 1469, Guru Nanak is said to have lived at the site of the shrine for the last 17 years of his life, during which, some sources say, he visited Baghdad and perhaps Jerusalem and Istanbul. Today, Sikhism has about 27 million adherents, 76% of whom live in India's Punjab State, with about 1 million in North America and nearly half that number in the U.K.

Indian Sikhs are delighted that they can pay homage at the site of their beloved guru's final resting place for the first time since 1947. Cooperating on the crossing may also encourage India and Pakistan to build a more trustworthy relationship that could help to resolve the bigger issue of Jammu and Kashmir.

But the future of the corridor remains unclear. The unfinished bridge and high permit cost raise questions about how determined to improve relations the two sides really are. Against that background, the tolerance and openness of the religion that Guru Nanak founded can only help to point the way.

Michael Hayes has written about Asia for more than two decades.