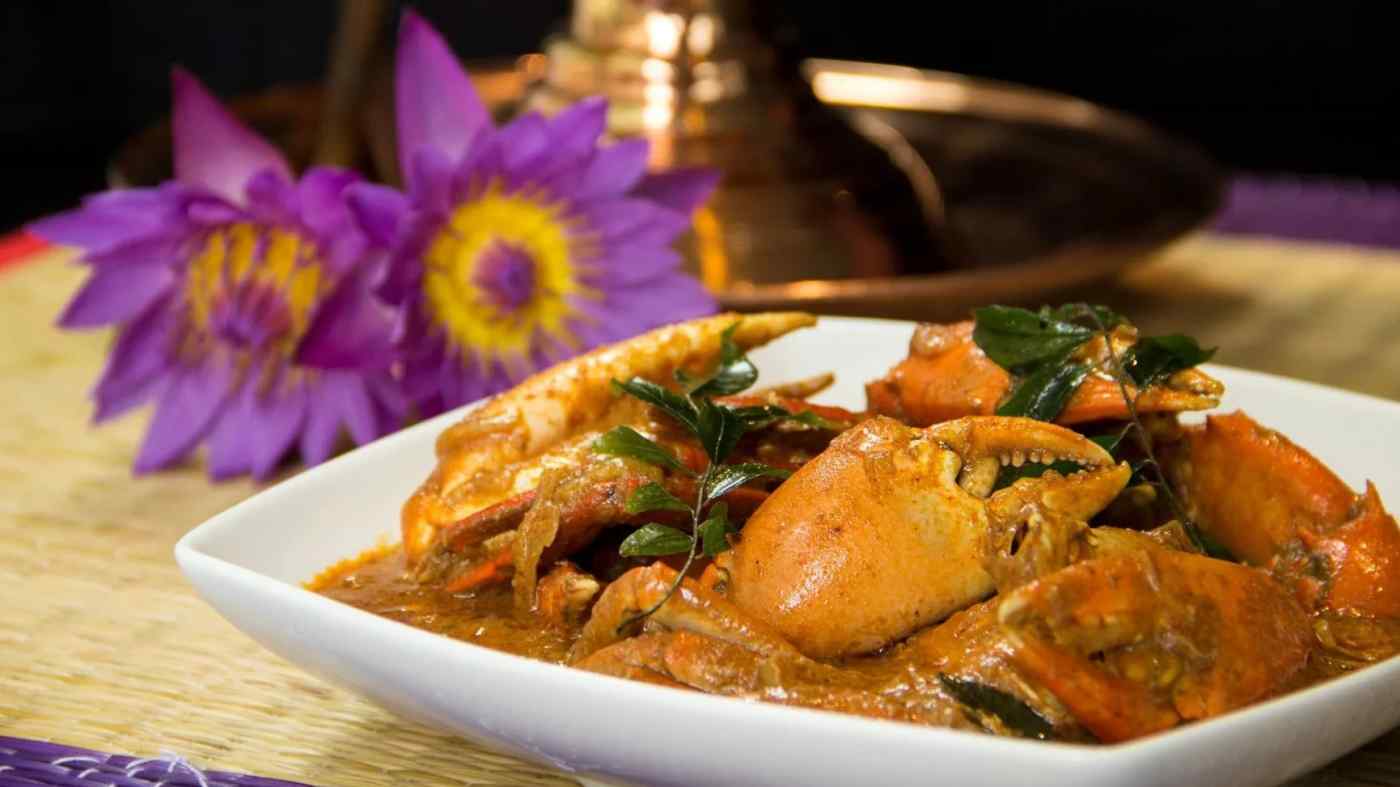 When I asked my Sri Lankan friend Mathan where we could go to eat the popular local dish Jaffna crab curry, he suggested Wellawatte, a neighborhood to the south of Colombo.

I had little reason to doubt him since Wellawatte, with its mix of aging small houses, new apartment blocks and colorful storefronts, is home to many Sri Lankan Tamils. They are the island's largest minority and most have roots in Jaffna, a district in the north of the island. It was easy to trust Mathan for this recommendation since he is both an editor at a Tamil daily newspaper and a keen foodie with a flair for cooking.

He took me to Yarl Hotel, a typical dingy, single room restaurant similar to many local eateries found across Sri Lanka. This hole-in-the-wall "hotel," which was not a hotel at all but a term adopted by many tea shops, was easy to miss in Wellawatte's maze of narrow lanes. But that hardly mattered as diners flocked to it for its famed fare. By noon on a weekday its nine spartan tables were almost full and we managed to get the last available one to enjoy a lunch of rice, three vegetables and the special crab curry served on banana leaves.

The mixture of customers at Yarl, a nickname for Jaffna in Tamil, suggests how far Sri Lanka has come since the country's 30-year-old civil war ended a decade ago. The diners came from all ethnic groups --Sinhalese, Tamils and Muslims -- and were dressed in business attire or casual shirts and sarongs. It was a scene that would have been hard to imagine at the height of the bloody, decades-long conflict that pitted predominantly Sinhalese government troops against the separatist Tamil Tigers.

As I tucked into Yarl's spicy Jaffna crab curry, I remembered why I associated this dish with the years I covered the war for domestic newspapers. During the 1990s, the Tamil heartland of Jaffna was cut off from the rest of the country. The only way that Colombo-based reporters could reach the conflict area for a few days was by air, on military flights, or by sea, on humanitarian ships.

The besieged people of Jaffna back then were trying to deal with the tension of living in a battleground by cooking fare that was unique to their culture, such as Jaffna crab curry. Most memorable for me was receiving a tiffin carrier with the famed crab dish accompanied by pittu, a rice-based steamed dish, one night after the evening curfew had begun. It was delivered from the home of the cook to the heavily fortified headquarters of Uthayan, a Tamil newspaper that was regularly attacked, where I had borrowed a desk to write.

That meal seemed to embody the essence of Sri Lanka's Tamil culture with its mixture of spices such as cumin, coriander and fennel that are roasted, ground and cooked in coconut milk along with a spray of drumstick leaves in a clay pot.

It is little wonder that Colombo's famed Renuka Hotel (a real hotel) jealously guards the recipe of its version of Jaffna crab curry served at Palmyrah, its signature restaurant. The dish is based on a recipe used by the hotel owners' family in Jaffna before the war. "My five aunts used to cook these dishes and when they came to Colombo they taught the cooks how to make them," Arnila Thambiayah, one of the hotel's managing directors, told me.

As the war raged, places like the upmarket Palmyrah or the rough-edged Yarl acquired a unique position in Colombo's dining scene, since they were among the few places to offer Tamil cuisine in a peaceful setting. But since the end of the war in 2009, more restaurants have expanded their menu selection to reflect the distinct flavors of Sri Lanka's multicultural heritage. Consequently, Jaffna crab curry is now being served alongside previous standard crab dishes, such as baked crab, black crab curry and Singapore chili crab.

Yarl can measure the progress of reconciliation after the bitter civil war as orders pour in from non-Tamil diners for its signature dish. It currently serves up 10 kg of Jaffna crab curry a day for lunch and dinner -- and sometimes even that cannot meet demand. That suggests that Sri Lankans have discovered they are capable of bonding over a dish of crabs -- or indeed, over popular Sinhalese dishes in Tamil areas and dishes unique to Muslims (the other minority) across much of the country.

As it grapples with larger political questions such as how to heal a war-torn nation, Sri Lanka can only benefit from the growing appetite for foods with a distinct ethnic twist. They are meals that leave a stronger taste of hope than the bland reams of reconciliation policy proposals.

Marwaan Macan-Markar is an Asia regional correspondent of the Nikkei Asian Review.