Stakes rise in East Asia as tourist restrictions are eased 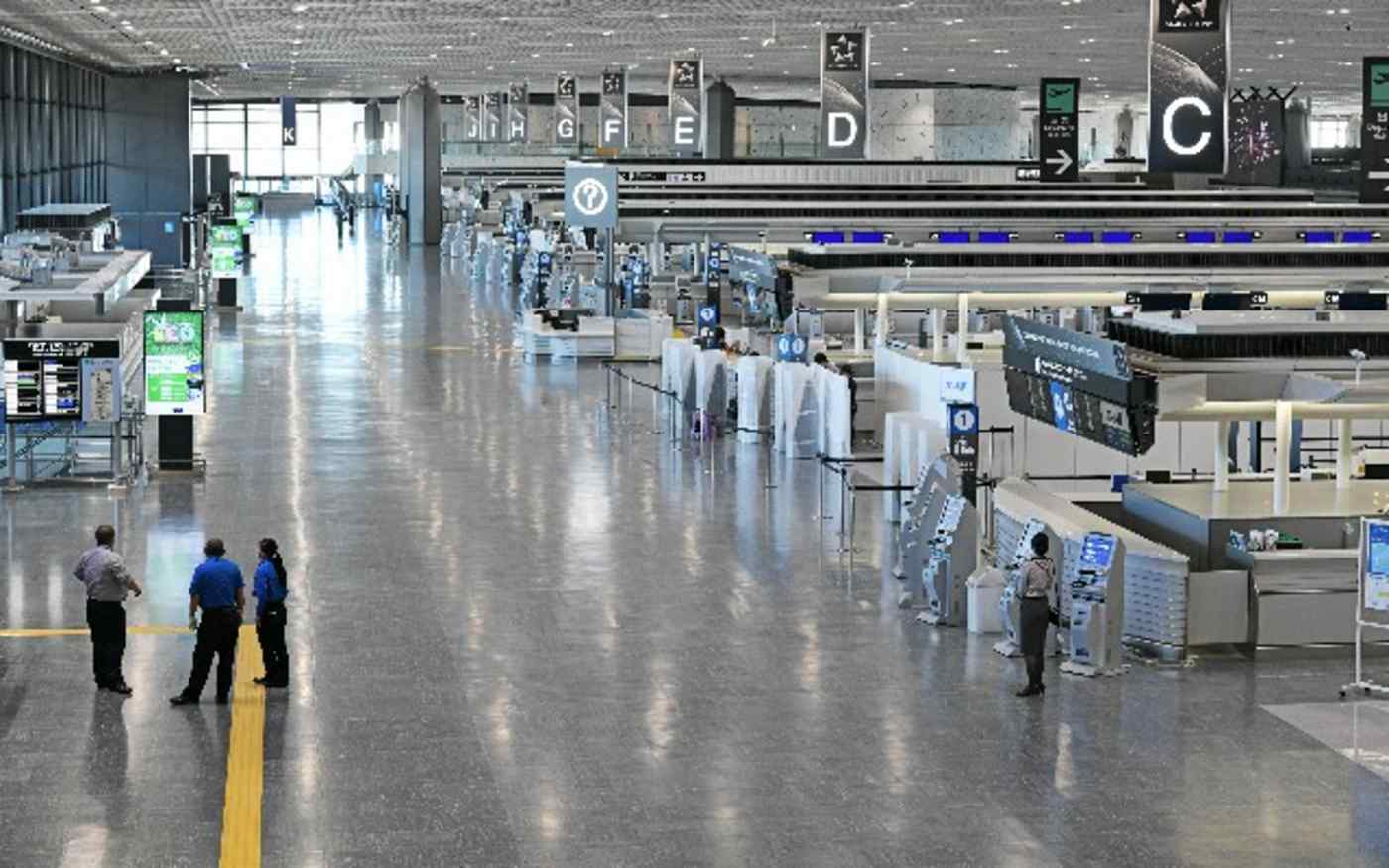 The International Departure Lobby of Narita Airport's Terminal 1 is deserted due to the effects of the new coronavirus on June 10. (Photo by Konosuke Urata)
PETER TASKERJuly 8, 2020 11:18 JST
CopyCopied

To adapt Oscar Wilde, if there's one thing worse than hordes of tourists everywhere, it's no tourists anywhere. Such were my thoughts as I tramped through the deserted hallways of Tokyo's Narita Airport one recent evening.

The lighting was dimmed as if for a funeral, and the only refreshments available were in eerily glowing vending machines. However, I got personal service from a cluster of masked and gloved immigration personnel who politely asked why I was leaving Japan and warned that I might not be allowed to return.

My flight to Europe was the only one scheduled, and I was nervous that it might be cancelled, which had happened twice already. In the end, the plane was about one-third full. Alcohol, tea and coffee were off the menu, and the only meal on offer for the 12-hour journey was a compressed wodge of pasta. The highlight was receiving an illicit cup of coffee from a friendly flight attendant making drinks for the pilots.

Is this what deglobalization looks like? Economies are opening up as the COVID-19 pandemic recedes in much of the world, but international transport links remain dysfunctional. In many countries government policy is a mess, not least in the U.K. After five months in Japan (which notched up just eight COVID-19 deaths per million people), I find myself in quarantine in the U.K. (640 deaths per million people) thanks to recently introduced compulsory rules for inbound travellers. The fine for non-compliance is a a stiff 1,000 pounds.

Such arrangements are driven by politics, not health concerns. As with bilateral trade agreements, reciprocity is the name of the game. Southern Europe needs the euros brought by north European tourists; it's part of the financial glue that holds the eurozone together. Despite Brexit, high-spending, hard-drinking British tourists are indispensable to countries like Spain. Fifteen million visits per year makes Spain by far the top destination for British tourists and the British by far the largest national group.

The reality is that Spain is by no means Covid-free and neither is Britain, but they have a common interest in taking a certain amount of risk. It will be much more difficult for either to make deals with countries where the common interest is thin.

Something similar is happening in Asia, but with a heavy geopolitical flavor. Japan has eased travel restrictions with Australia, New Zealand, Thailand and Vietnam. In terms of infection risk, these are indeed some of the safest destinations, but so are South Korea and Hong Kong -- yet they are not included in the easing.

Australia and New Zealand are unofficial allies of Japan, and both are members of the 'Five Eyes' intelligence-sharing group (along with the U.S. the U.K. and Canada) that Japan would dearly like to join. Thailand is a vital off-shore production base for Japanese companies like Toyota and Canon, and increasingly for  small and medium scale enterprises.

Vietnam has become a credible alternative to China for Japanese direct investment too, with Komatsu and Nintendo amongst the companies shifting some production there from its enormous neighbor. Vietnam is also a key source of labor for the domestic Japanese economy, which has been struggling with a shortage of workers. The 400,000 Vietnamese employees in Japan comprise the second largest national group,  slightly behind the Chinese.

That takes us to the biggest issue of all. Chinese tourists have been the most visible manifestation of China's rapidly expanding global footprint, with 160 million on the move in 2019. Which country will be the first to make a 'travel bubble' deal with China? in Thailand's tourism-driven economy Chinese tourists account for about 5% of gross domestic product -- a significant proportion.

Even Japan, much less dependent on foreign visitors, had been expecting an increasing inflow of Chinese to meet the government's ambitious target of 60 million tourists by 2030, compared with 32 million in 2019 and five million in 2000.

My guess is that Thailand will open up to tourists from China and Europe as soon as possible. Japan, though, will use the pandemic as an excuse to downgrade its ambitions to become a tourist superpower and to modify its open door policy toward  visitors from mainland Chinese.

The pandemic has massively accelerated many pre-existing trends, such as remote working, online shopping and cashless payments. Another, of great geopolitical importance, is suspicion of China. The horse-trading over 'travel bubbles' is a foretaste of the hard choices that countries will have to make about how they align themselves in an era of global fracture and superpower rivalry. Nowhere will the stakes be higher than in East Asia.