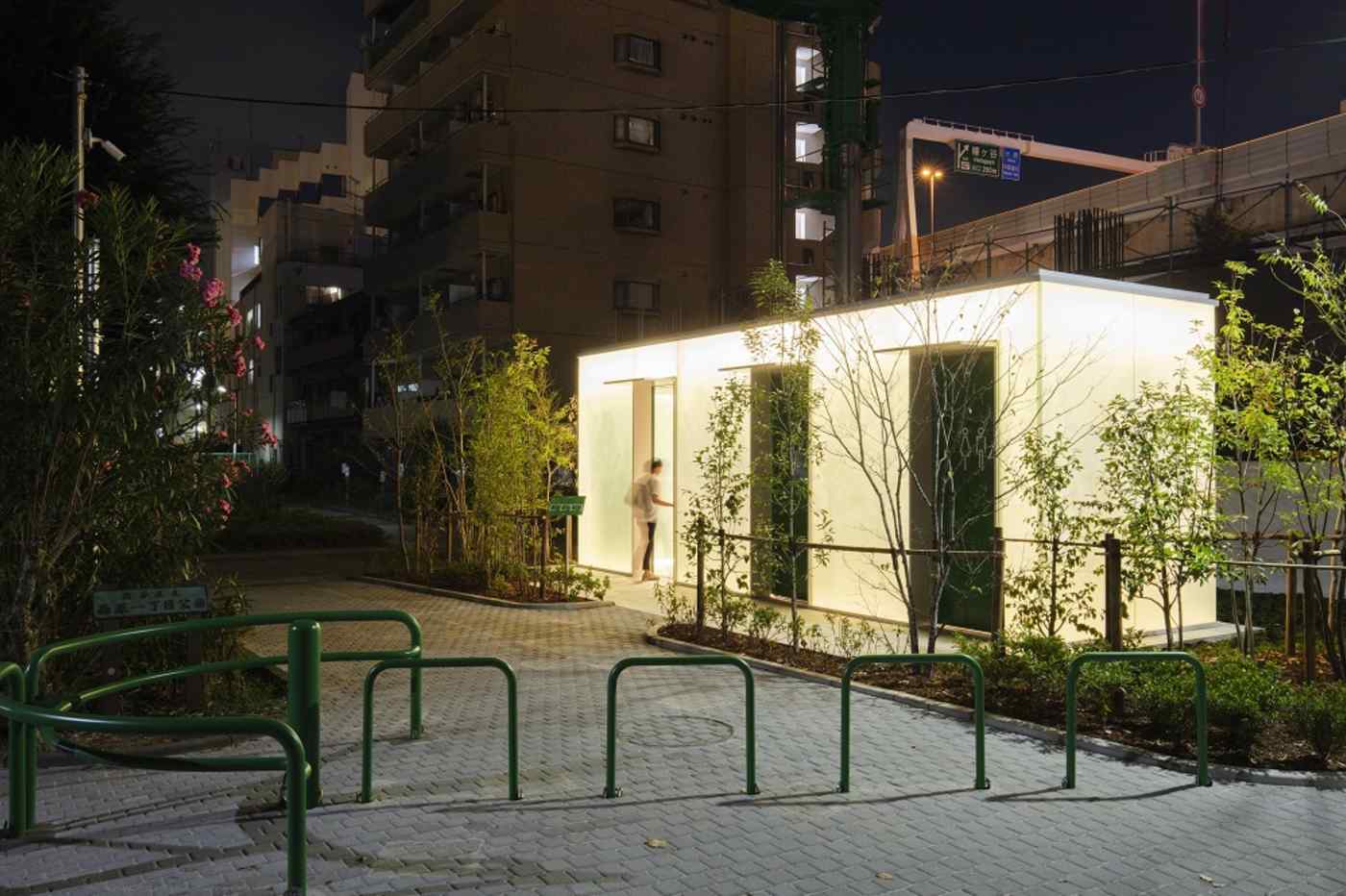 The idea was unsettling but intriguing: a public restroom with transparent walls.

Admittedly, the walls were made of a special glass that would turn opaque once the door was locked. Still, how could I be sure that passersby could not see me? And why would anyone want a see-through public restroom?

Designed by Shigeru Ban, a prize-winning architect, this glass-enclosed public restroom stands, conspicuously luminescent, in Yoyogi Fukamachi Mini Park in Tokyo's Shibuya Ward. Ban says his aim was to address the two main concerns most people have about public restrooms -- cleanliness and availability. Once the door is locked, the transparent walls of Shigeru Ban's toilet turn opaque.

Sure enough, when I visited Ban's transparent restroom, I was able to see right away that one of the three washrooms was empty, but as soon as I locked the door, the glass walls became opaque and I could no longer see anything outside.

The Yoyogi Fukamachi facility is among 17 public restrooms being built by the Nippon Foundation in cooperation with Shibuya Ward, the district's local government, in a scheme appropriately named "The Tokyo Toilet" project.

The project aims to provide facilities that "can be used safely and comfortably by a wide variety of people," according to Shibuya's mayor, Ken Hasebe. The aim, he added, is to "help change the unappealing image of public toilets."

Among 16 renowned architects and designers commissioned for the project are Tadao Ando, Kengo Kuma, Toyo Ito, Marc Newson and Fumihiko Maki. The Nippon Foundation, a nonprofit philanthropic organization, is funding construction as well as cleaning and maintenance costs for the first three years. So far, seven toilets have been completed, with the rest scheduled to be built by January 2022.

The project's partners hope the restrooms, which also feature electronic bidets that generate electricity every time a switch is pressed, will burnish Tokyo's reputation for state-of-the-art technology, cleanliness and urban chic. 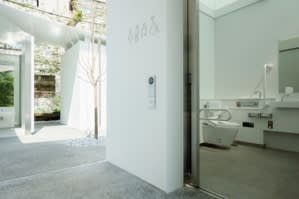 But their mission is not just about sprucing up public restrooms to impress tourists and provide comfort and convenience to the city's peripatetic residents. The Nippon Foundation has a more ambitious goal: to spread Japan's dedication to cleanliness and hygiene to the rest of the world.

"Clean toilets that anyone can use ... represent the Japanese spirit of 'omotenashi' or Japan's hospitality culture," says Mihoko Ueki, project coordinator at the Nippon Foundation. Through this project, "we want to further communicate Japanese toilet culture to the outside world," she says.

As a long-time resident of Tokyo, I am a beneficiary of what the Nippon Foundation calls "Japanese toilet culture." Wherever I go in Japan, I expect to be able to use clean public restrooms and have even come to expect heated seats and an electronic bidet. The novelist Junichiro Tanizaki waxes lyrical about the Japanese sensibility toward toilets in his book, "In Praise of Shadows," claiming that the traditional Japanese squat toilet (which horrifies many Westerners) is "perfection."

"Our forebears, making poetry of everything in their lives, transformed what by rights should be the most unsanitary room in the house into a place of unsurpassed elegance," Tanizaki writes.

I know from overseas travel that clean and functioning public toilets are not always the norm. But it had never occurred to me that this dedication to clean, aesthetically appealing toilets was a Japanese cultural trait that could be exported to other countries, like manga, sushi and the concept of umami.

The idea is to use the project as a springboard for exporting Japan's toilet culture to the rest of the world, says Jack Sim, founder of the World Toilet Organization, a nonprofit group that works to promote toilet sanitation.

"Japan's toilet culture is the highest in the world. These are 16 world-renowned architects and designers and they highlight how important the toilet is. It brings people's consciousness about toilets to a very high level," says Sim.

Yet 4.2 billion people, more than half the global population, still lack access to safely managed sanitation, according to the United Nations, which has designated Nov. 19 as World Toilet Day.

From July 23, Japan is due to host one of the most difficult Olympic Games ever, an event that will highlight the importance of maintaining clean public facilities.

The hope is that by elevating the lowly public restroom to a designer item and demonstrating that it is possible to maintain attractive toilets even in crowded cities, Japan can send a message to the world that clean and safe public restrooms are not only necessary but possible.

If The Tokyo Toilet project succeeds in spearheading an international drive for clean and safe public toilets, it would leave an important legacy, regardless of how the Olympics turn out.

Michiyo Nakamoto is a Tokyo-based writer.