Watching sports is just not the same

In Asia and England, soccer fans face the same loss of shared experience 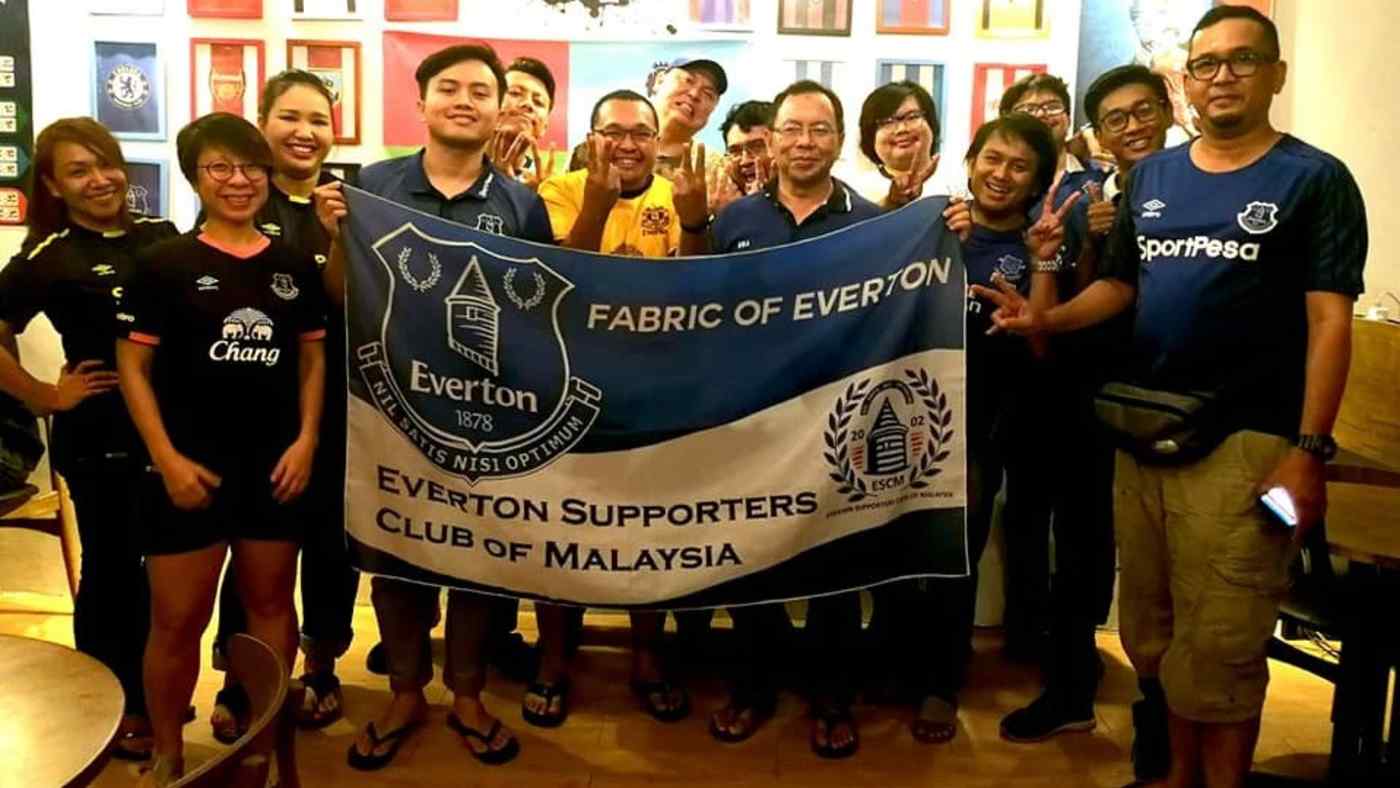 The Everton Supporters Club of Malaysia usually gathers at a bar in Kuala Lumpur when matches are aired, but the bar has been closed during the COVID-19 outbreak. (Photo by Lynn Choo)
JOHN DUERDENOctober 7, 2020 11:16 JST | Malaysia
CopyCopied

For an English soccer fan living in Asia, one of the great comforts is the popularity of English football throughout much of the region. Head to a bar on a Saturday evening in Shanghai, Bangkok or Seoul and even if you cannot speak the local language you can participate in one of the world's most common shared activities: watching the English Premier League -- the globe's most popular domestic soccer competition -- on a big screen with local fans cheering on their teams.

There is a special thrill in watching the fast-paced action taking place in the English winter, with the players' breath visible on a cold  afternoon, while sitting on the other side of the world wearing shorts in a warm, open bar. Another benefit of being a long-distance spectator in Asia is that more English games are broadcast live than in England, so if one game is poor you can swivel on your stool or move to another screen to watch a different match.

Spectator sport is a great ice-breaker anywhere -- but in Asia, joining locals in a bar to watch English soccer raises the possibility of hours of conversation about favorite players, teams and coaches. There may be disagreements, but Asian fans seem to love their chosen team, even though the relationship is necessarily long-distance.

Of course, that is true of most sports fans around the world, and right now, televised match nights in Asian venues are on hold while governments try to cope with the COVID-19 pandemic by closing cafes and bars or severely restricting crowds who can gather to watch.

The visuals have changed, too. No longer can Asian fans watch English supporters pack into famous stadiums to celebrate goals and experience bitter defeats together. Even Old Trafford, the home of Manchester United and the premier league's biggest stadium, is quiet, its 75,000 seats empty of spectators. Just a few players, officials and coaching staff are allowed to gather on the touchlines.

There is a positive side to the spectator crisis. For the first time since overseas broadcasting of the EPL began in the late 1990s, the experience of watching games is the same for all supporters, whatever their geographical location. It doesn't matter whether you are watching in Manchester or Mumbai, the level of involvement is the same. Members of the Everton Supporters Club of Malaysia gather in Kuala Lumpur to watch their team. (Photo by Lynn Choo)

Could this bring global communities of club supporters closer together? Some think so. "I have always felt connected to the local fans there in England but perhaps they would now understand how overseas supporters feel," says Lynn Choo, president of the Everton Supporters Club of Malaysia, whose club currently stands third in the league.

It's not yet clear what the long-term effects of this subdued way of watching soccer may be. Fans around Asia have always accepted that they will not be able to watch their teams in the flesh, except on rare special occasions, but will their support survive the absence of the shared experience of live broadcasts?

"We connect to Zoom to share updates, and by that we all feel we are in the same place," says Prashanth Nair, formerly a regular at the bar. "Honestly, watching it on Zoom or TV is different than watching at pubs, but this is the situation we are all in."

My fear is that if coronavirus restrictions continue for a long time, forcing Asia-based fans to miss their gatherings, they may find other things to do on weekends -- not least sleeping rather than staying up for the premier league's late kick-off games, sometimes starting around midnight or later in Asian time zones.

It also does not help that the image of empty stadiums greatly reduces the joy of the spectacle. One of the EPL's strong points in terms of international appeal is that stadiums are full, with the fans close to the action, which adds to the entertainment value and provides cues for involvement by long-distance fans.

There are bigger issues around the pandemic, not least the health crisis globally and in India, where more than 96,000 people alone have died  from COVID-19. But I hope that English soccer manages to keep its army of Asian fans -- if only because their support enhances the experience of watching the sport I love. The longer sports bars are closed and the stadiums are empty, the more likely fans may drift away.

That applies to the entire world of spectator sport:  if the situation continues then most sports, broadcasters and viewers are going to be reminded of the importance of cheering fans at sporting events. Sports such as Formula One, where fans contribute little to the on-screen spectacle, may not face a huge problem but others, who have been trying to capture the old atmospheres and sounds of televised matches, will have to think more creatively to tackle the challenges of keeping viewers engaged and enthused.

John Duerden is a Seoul-based writer.