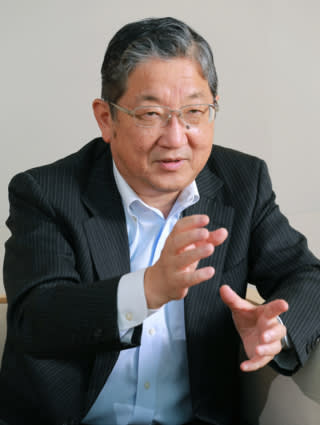 TOKYO -- Automobiles have become a key industry among members of the Association of Southeast Asian Nations, with over 3 million new cars sold in 2016. Behind this expansion in the past decades has been the region's efficient division of labor. In a recent interview with the Nikkei Asian Review, Toshiyuki Shiga, a Nissan Motor board member and former chief operating officer, who has worked with the region since 1983, said ASEAN's intra-regional division of labor is unique as automakers chose specialization to form efficient value chains. He talked about the region's growth and future, from the perspective of his time in the industry.

Q: How did production localization begin in ASEAN?

A: When I started working with the ASEAN region, in 1983, finished cars were mostly imported into the region and the localization of production was gradually starting. The key trigger for localization was the 1985 Plaza Accord, which pushed yen appreciation. Trade settlements were mostly made in yen at that time. Therefore, Japanese makers needed to localize their production.

The problem was that it was difficult for manufacturers to invest in different countries for the same component [due to the small market size]. I remember Mitsubishi Motors  and major component maker Denso proposed a plan of division of labor in the region -- say, producing radiators in one country, generators in another country, and so on. And they asked ASEAN governments to designate auto parts produced in the region as local content [in countries with local content requirements]. That was a great idea. We had to pay logistics costs [for intra-regional parts trade], but it was much less.

Then came the Brand-to-Brand Complementation scheme [under which components made in ASEAN were granted tariff reduction within the region and classified as local content]. I think this was where the concept of an intra-ASEAN division of labor was created. The BBC later evolved into the ASEAN Industrial Cooperation in 1996 [which covered more industries].

Q: So the creation of the BBC was the starting point of the current intra-ASEAN division of labor?

A: Yes. Automakers carefully considered which parts to produce in which country, and they chose specializations, such as castings for Indonesia, because that country's Krakatau Steel at the time had the only blast furnace in the region. The concept of the BBC was interesting because it was initiated by demand from the supply chain [and not by governments].

Q: Is such a division model unique to ASEAN?

A: It really is unique to ASEAN. I once suggested at a panel discussion on the African auto industry that North African countries should divide labor -- like what ASEAN does. But they don't work together like ASEAN. Also, the North American Free Trade Agreement is different from ASEAN. There is division of labor in North America but it was not created like ASEAN. Carmakers in America, where production was 100% localized, shifted some production to Mexico simply for cost reductions.

Q: Looking back, did the intra-ASEAN division of labor eventually become a strength for Japanese automakers?

A: I think so, because it worked as a barrier to entry by non-Japanese makers. Latecomers such as General Motors were not able to catch up with Japanese makers, and they imported a lot of parts. They were hit hard when the Asian financial crisis happened in 1997, as they relied so much on imports.

Q: Thanks to the BBC scheme, Japanese automakers in the 1990s launched so-called "Asia cars" specifically made for the market. But there are no such cars now. Why did they disappear?

A: I think the idea failed because ASEAN countries have different tastes. From my observation, Indonesians prefer three-row models because wealthy families need a big capacity to accommodate a driver and a babysitter in addition to family members. Malaysia, on the other hand, liked normal passenger cars. In Thailand, vehicles with a higher clearance sell well. I guess this is because there are so many floods in Thailand.

Q: How do you think the ASEAN auto industry will change from now on?

A: One of the next steps will be exporting -- from ASEAN to Japan, Latin America and Europe. With further localization in ASEAN, automakers could obtain stronger competitiveness. Currently, most of the vehicles exported from ASEAN are pickup trucks. The region's auto industry will become stronger if it exports more regular passenger cars and SUVs.

Q: Do you think Japanese makers will keep their dominance in ASEAN?

A: ASEAN has become more open and entry into the market has become easier. The new auto market size is just over 3 million units, which is far smaller than the China market, but Japanese makers hold some 80% of the ASEAN market. This means the region is a very important market for us. We therefore should ramp up human resources development and further localization. Through such efforts, we can contribute to the whole of ASEAN and grow together with the region.

Q: How will services in the auto value chain, such as leasing, loans and insurance, change?

A: Japanese makers are not very good at the downstream value chain. New types of services such as car-sharing and ride-hailing platforms have emerged. It is highly probable that Japanese makers will be pressured by such new services. What services we can provide to customers is something worth thinking about.

Q: Auto production itself is seeing a paradigm shift, such as the spread of electric vehicles. Will Japanese makers' division of labor in ASEAN be affected?

A: Yes, possibly. If we stick to the internal combustion engine, we may not be able to catch up with paradigm shifts. China is rapidly shifting to electric vehicles. Moreover, I recently talked with Thai government executives and learned they are considering such a shift. Chinese makers, for example, may not be able to grab market share from Japanese makers in the age of the gasoline engine. But if EVs become the mainstream of the industry, they could. Japanese makers have invested a lot in ASEAN, so we have to be careful that this legacy will not weaken our response when paradigm shifts happen.

Q: Looking ahead, what do you think are the risks for the ASEAN economy?

A: One would be the geopolitical risk. ASEAN members were originally united by a political purpose [anti-communism]. Now, with China's economic growth and greater influence over the region, some ASEAN countries are closer to China. I worry about whether the members can stay united.