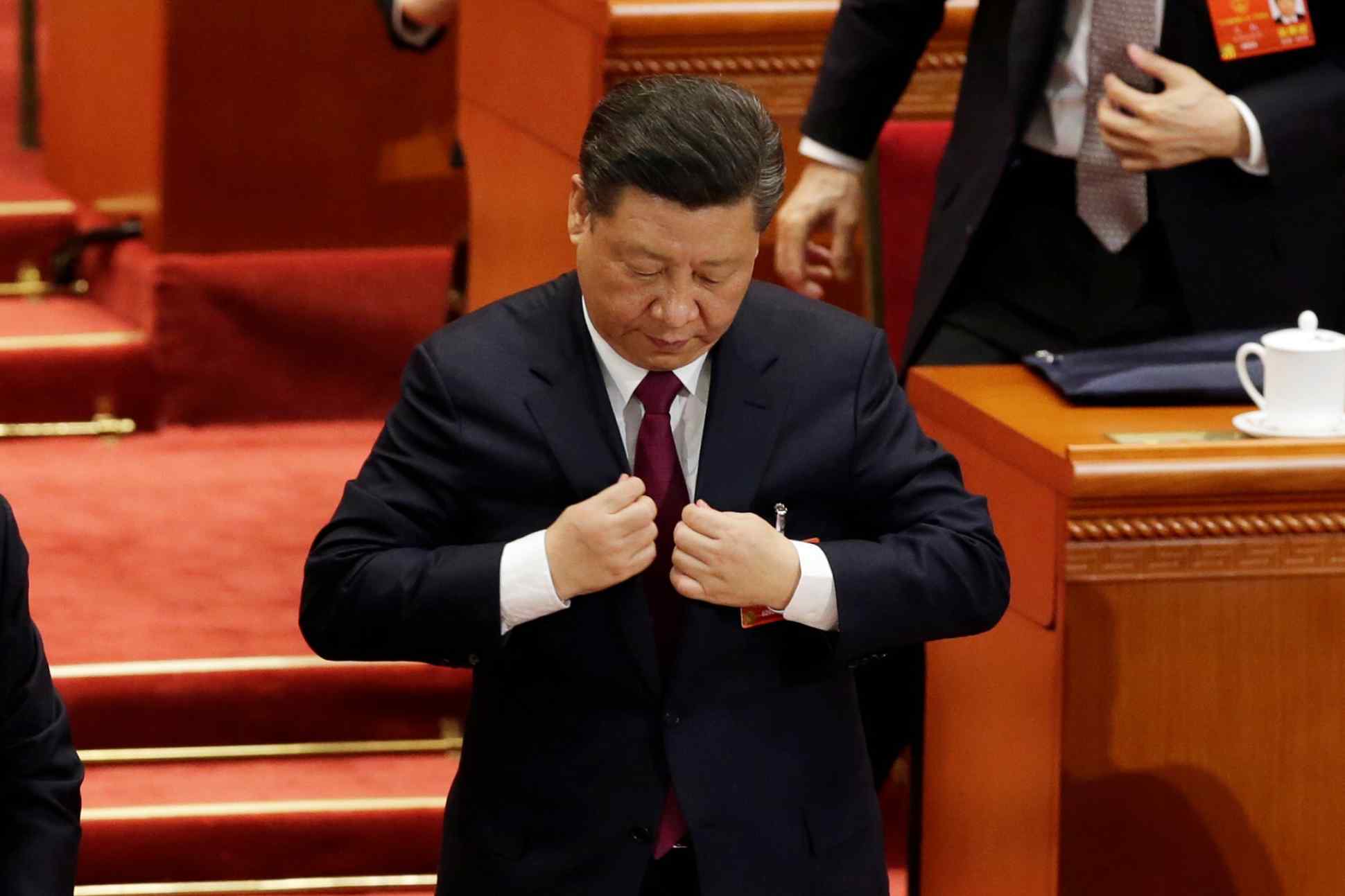 Chinese President Xi Jinping adjusts his suit at the end of the opening session of the National People's Congress at the Great Hall of the People in Beijing on March 5.   © Reuters
China up close

BEIJING -- Reporters covering the National People's Congress, China's parliament, headed to a Beijing hotel on March 6 to watch Chen Min'er, the Communist Party secretary of Chongqing and a rising star in Chinese politics. Chen is a confidant of President Xi Jinping, and reporters listened to his every word as he presided over a parliamentary session on Chongqing policies.

Few reporters, meanwhile, seemed to show interest in a potentially important statement by another participant. At the session, Zhu Huarong, the president of automaker Chongqing Changan Automobile, stood up and said: "Following the guidance of "Xi Jinping Thought on Socialism with Chinese Characteristics for a New Era," we will make use of Chongqing's prosperous defense industry and integrate it with the private sector to lead the development of defense-related science and technology. Furthermore, with those developments in hand, we will head to overseas markets cultivated by the Belt and Road Initiative."

Zhu doubles as an executive at state-owned defense supplier China South Industries, where he leads science and technology development. His words reflect a plan within the Chinese leadership that envisions the establishment of a U.S.-style "military-industrial complex," an informal alliance between that country's military and the arms industry.

Zhu hinted of building a military-industry complex in Chongqing and exporting high-tech arms across Belt and Road countries.

The Belt and Road Initiative is a modern day revival of Silk Road trade routes, especially to Europe and Africa, through infrastructure projects. It is a central piece of China's "influence operations," or a way to expand China's sphere of influence by strengthening economic ties. 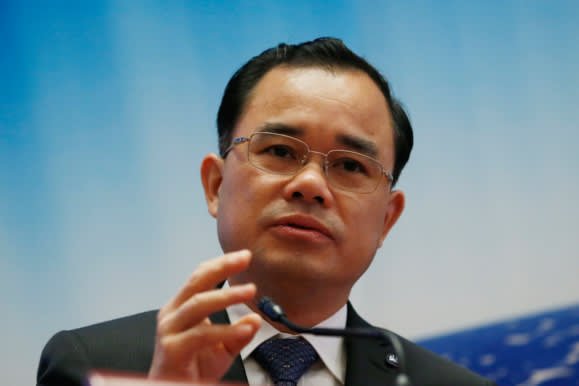 Zhu Huarong, chairman of Chongqing Changan Automobile, speaks at the 2016 China-U.S. Automotive Industry Summit in Beijing in April of that year.   © Reuters

Premier Li Keqiang also mentioned military-civilian integration in the government work report that he delivered to the NPC the day before.

For Chen Min'er, success in advancing military-civilian integration could be the icing on the cake as he solidifies his credentials as successor to Xi.

In the U.S., defense contractors such as Lockheed Martin, Boeing and Raytheon work closely with the Pentagon to develop state of the art weapons and equipment. Arms are a major export for the U.S., alongside airplanes, computers and agricultural products.

And through arms exports, the U.S. maintains unrivaled influence over countries in the Middle East and Asia.

China seeks to acquire similar power through the Belt and Road Initiative.

"Spanning thousands of miles and years, the ancient silk routes embody the spirit of peace and cooperation, openness and inclusiveness, mutual learning and mutual benefit," Xi said at the Belt and Road Forum held in Beijing in May last year.

"In pursuing the Belt and Road Initiative, we will not resort to outdated geopolitical maneuvering," the Chinese leader said. "We have no intention to form a small group detrimental to stability, what we hope to create is a big family of harmonious co-existence."

Yet, one report from Africa cast a shadow over the win-win spirit the Belt and Road Initiative strives for. China denies that it has bugged the African Union headquarters in Addis Ababa, Ethiopia.   © Reuters

According to France's Le Monde newspaper, Beijing received intelligence from the African Union headquarters, which China built in Ethiopia six years ago as a gift.

For five years, data was transferred after midnight from the African Union computers to servers in Shanghai.

Certainly, espionage is practiced globally; revelations of spying that make it into the media only scratch the surface. But China has put itself in a unique position with its Belt and Road Initiative, which also intends to spread Chinese information technology and telecom networks.

Now, Beijing wants to export arms developed under military-civilian integration to the Belt and Road countries.

Huawei, which will help Beijing line Belt and Road corridors with telecommunications infrastructure, boasts of its future during the Mobile World Congress in Barcelona, Spain, on Feb. 26, 2018.   © Reuters

Meanwhile, there was another noticeable line in Premier Li's government report: to make China's state-owned capital "stronger, better and bigger."

Before Xi, while Deng Xiaoping, Jiang Zemin and Hu Jintao were in power, China attempted to reform inefficient state-owned enterprises as part of a wider plan for economic liberalization. Making bloated state-owned companies even bigger and letting them dominate domestic markets risks blocking the way for private companies.

Li's words on state-owned capital, along with plans to accelerate military-civilian integration and the Belt and Road, suggest what kind of nation Xi envisions: one with all-encompassing state control, one that pushes an alternative to Western rules, and one that builds a vast web of influence through economic or military ties.

Xi's ideal state is not democratic, nor is it liberal. It is based on a constitution, but not in the way the West would like. It is a far cry even from Hu's China, and there is little the U.S. can do to make Xi change course.

In the latest edition of Foreign Affairs, two Asia hands from the Obama administration admit that their expectations toward China had been wrong.

"The United States has always had an outsize sense of its ability to determine China's course. Again and again, its ambitions have come up short," wrote Kurt Campbell and Ely Ratner.

"Neither carrots nor sticks have swayed China as predicted. Diplomatic and commercial engagement have not brought political and economic openness. China has instead pursued its own course, belying a range of American expectations in the process." 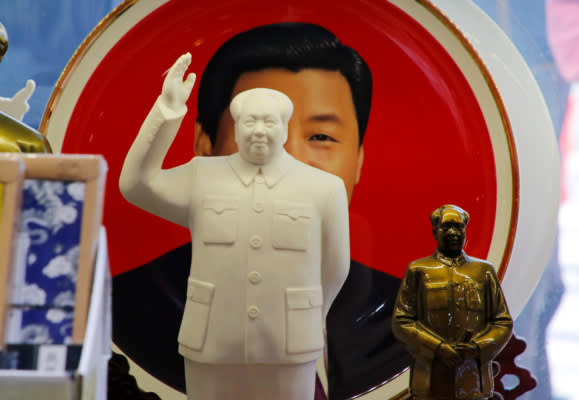 Sculptures of the late Chinese Chairman Mao Zedong are placed in front of a souvenir plate featuring a portrait of Chinese President Xi Jinping at a shop next to Tiananmen Square in Beijing on March 1, 2018.   © Reuters

If Washington had hoped that Xi, as leader of a major country with global responsibilities, would be a new type of Chinese leader who would share Western values, those illusions were shattered on Sunday as the NPC adopted a constitutional amendment to lift the two-term limit on the president, paving the way for Xi to stay in his current position for life.

The presidential term limit was installed by Deng to avoid an over-concentration of power and prevent another dictatorship from forming. This came after Mao Zedong's disastrous Cultural Revolution in the 1960s and 70s.

Xi had no compunction about doing away with Deng's decades-old safeguard.

While Xi, who doubles as the party's top leader, has been consolidating power, Premier Li has been losing his influence. The premier is supposed to be in charge of economic policies, but Xi's people have been gradually taking the initiative in this regard.

Xi has appointed many of his long-time close aides to key party and government posts at the expense of others. If loyalty is weighed more than ability, and key positions are filled by personnel who lack the ability to guide China's massive bureaucracy, the government will not function properly. 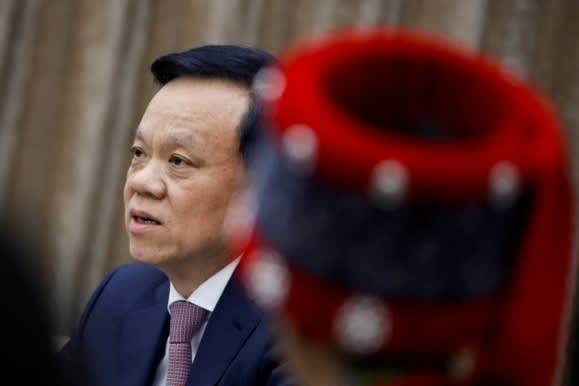 Through all the significant changes being implemented, one after another, the public has been kept in the dark.

The party says it discussed the constitutional revision in January during the second plenary session of its Central Committee. However, at the end of the session no information regarding the removal of the president's term-limit clause was disclosed. That such a historic decision -- one that could have repercussions for decades -- was made behind closed doors with no input from the public is stunning.

Said Satohiro Akimoto, head of strategic consultancy Washington Insights: "The hope that China will one day become a Western-style democracy, free with human rights and will head closer to a market economy, lies deep within the Asia-policy community in Washington. Those expectations may have clouded their judgement toward China."

China is already the world's second-largest economy, behind only the U.S. In the future, it will significantly impact not only the rest of Asia but also the globe.

And the same man who put China on this course will still be at the helm.