Welcome to the club: Xi takes anti-corruption hunt to all Chinese

New commission has power to go after doctors, nurses and teachers

TOKYO -- In mid-January, a Chinese Communist Party committee decided to revise the nation's constitution. This is to take place in March, when China's parliament meets. It will be the first time in 14 years for the constitution to be revised.

Much has been made about adding "Xi Jinping Thought on Socialism with Chinese Characteristics for a New Era" into the document. But the real significance will be the establishment of the national supervisory commission, which will be put in charge of cracking down on corruption, and an amendment recognizing this new anti-graft body.

"The hidden purpose of revising the national constitution," a source in Beijing said, "is to carry out administrative reforms through a significant overhaul of government organizations to further curb the power and authority of the State Council presided over by Premier Li Keqiang."

The State Council is China's cabinet.

Since taking the helm of China in 2012, President Xi Jinping has wielded a sweeping anti-corruption campaign against rival political factions. Unlike Xi's eponymous ideology, the establishment of the national supervisory commission is closely related to everyday life in China. The anti-graft body will be on the same plane as the State Council, the Central Military Commission of the state, the Supreme People's Court and the Supreme People's Procuratorate, China's top agency responsible for prosecution and investigation.

Through the party's Central Commission for Discipline Inspection, formerly headed by Wang Qishan, Xi has spent the past five years wielding his anti-corruption campaign against rival party factions. More than 1.4 million bureaucrats and others have been ensnared.

Now, by using the national supervisory commission, the crusade will be expanded to cover some 200 million people, including nonparty members, working in the public sector. Organizations affiliated with the national commission will also be set up at the national and local levels. It will be granted powers to clamp down on civil servants, workers at state-owned and other publicly owned enterprises, doctors, nurses, teachers, researchers, even cleaners at public institutions.

It will be, in effect, a fourth branch of government, along with legislative, executive and judicial powers, although these three existing powers are not separate as they might be in Western democracies. In China, the true power that counts is the Communist Party.

The biggest casualty of the changes is expected to be the State Council, led by Premier Li.

Up until now, the millions of nonparty members holding public office under Li's command were subject to the Ministry of Public Security, which acts as the national policy agency under the State Council. Looking ahead, this job will fall into the category of the national supervisory commission.

The architect behind the plan to enshrine the commission in the constitution is seen to be Wang Qishan, Xi's right-hand man and former anti-corruption czar.

China's premier is supposed to serve as an administrative czar, especially on economic matters. But Li actually has no such authority. This is due to Xi, who has been able to consolidate power in his own hands. One way he has managed this has been through setting himself up as the head of so-called "leading small groups" within the party.

Even if Premier Li is reappointed in March during the National People's Congress, the State Council's already waning authority will further erode as the national supervisory commission begins swinging Xi's anti-corruption truncheon against more Chinese.

Li, still No. 2 in the party hierarchy, is probably feeling strong political pressure from Xi. Security officials watch for irregularities in front of the Great Hall of the People, in Beijing. (Photo by Akira Kodaka)

The Chinese Communist Party is trumpeting the coming national supervisory commission as "a significant political reform." But a more accurate description would be simply an "organizational reshuffle."

One major concern with the new commission is that there is no due consideration of protecting human rights. There is nothing that might keep the commission from making false accusations based on politically motivated tips.

These kinds of safeguards can only come from supervision, and for supervision to work properly, the supervisors have to answer to the people. In other words, some kind of democracy is needed. A man reads the Southern Weekly at a newsstand in Beijing on Jan. 10, 2013. At the time, the newspaper was at the center of anti-censorship protests.   © Reuters 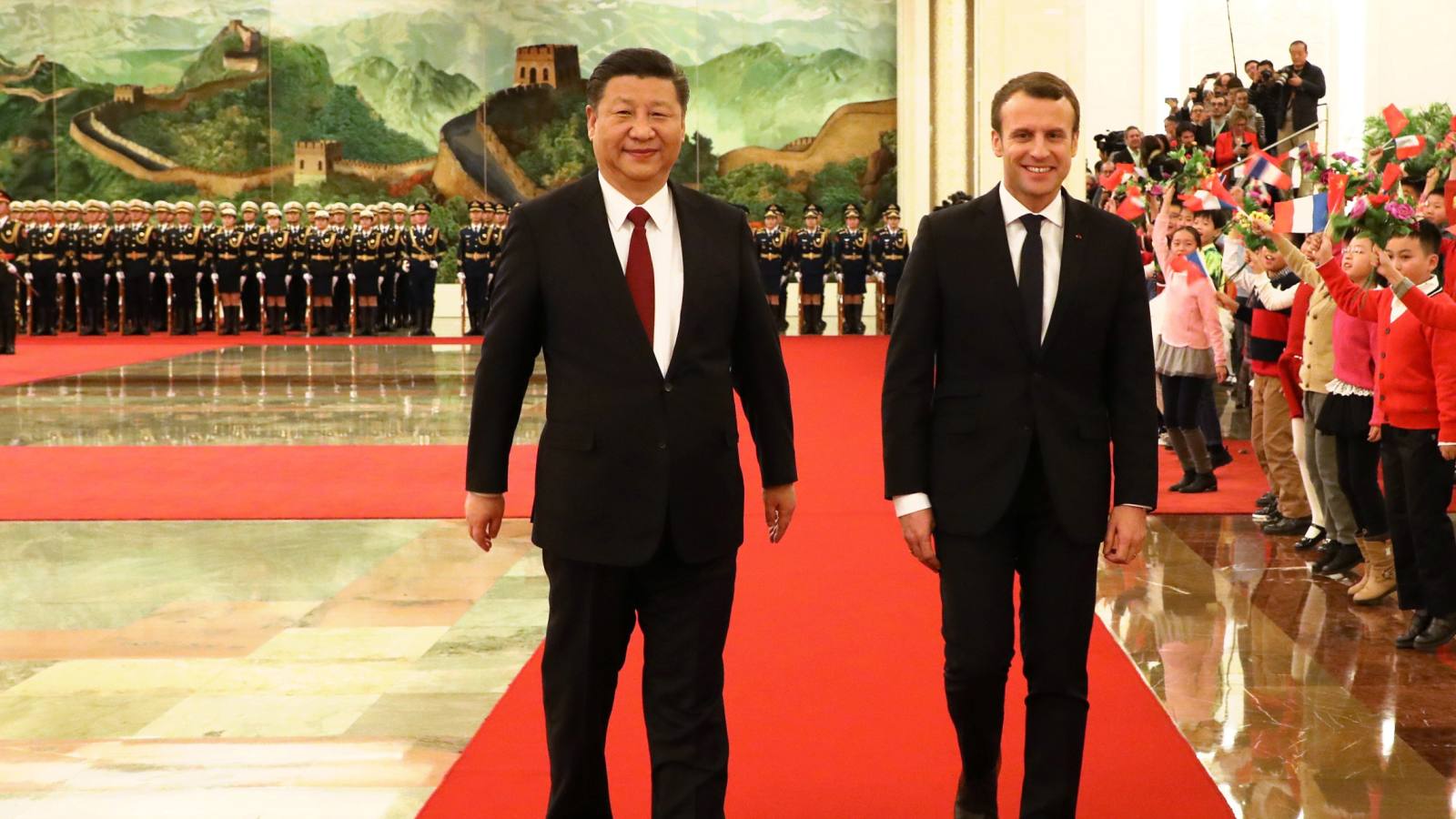 Does Xi Jinping have a chain-of-command issue?

Ready for the Winter Olympics? How about war?

There is no room left for ordinary Chinese people's direct involvement in the revision process. There are no national referendums.

Any move to publicly raise the issue of constitutional politics is quickly quashed. This last happened in 2013 in what is now referred to as the Nanfang Zhoumo incident. The Nanfang Zhoumo -- the Southern Weekly or Southern Weekend -- is a newspaper published in Guangzhou, Guangdong Province. In its 2013 New Year's edition, the Nanfang Zhoumo initially tried to publish an article about the importance of constitutional politics. But party censors intervened, and the weekly's editorial executives were forced to rewrite the article.

Some angry journalists, other editorial staff members and grass-roots activists held demonstrations. The incident came shortly after Xi assumed power as party general secretary in the autumn of 2012. A woman holds an umbrella for her husband as he casts a ballot for the next village chief and committee in Wukan, Guangdong Province, on March 31, 2014.   © Reuters

In the 1990s, the party introduced democratic elections of village committees on a trial basis. The Communist Party initially vowed to gradually bring the electoral process to other administrative units.

This pledge has not been kept.

Ideally speaking, China should pursue a true multiparty system. Yes, the argument against doing this in one fell swoop is understandable.

So why not expand on the local democratic elections of village committees little by little?

This -- not a new anti-corruption weapon destined for the hands of an already authoritarian ruler -- would be a true first step toward "significant political reform."

Without that, Xi's much touted "new era" looks very much like the old one.

<Click here for a look at China's new leadership>