Burberry, Prada, Dior's models do not reflect their customer bases

LONDON -- The fashion industry has never been far from controversy when it comes to accurately representing "real people." Often the criticism centers on unrealistically thin models, but the issue is equally pertinent in relation to race.

While few data scientists would consider themselves qualified to dictate to a magazine editor which model should adorn the next front cover, we do have our uses.

Demographic changes in the market for high-end fashion pose an interesting question: What would catwalks and fashion magazines look like if the models on parade reflected the racial makeup of the industry's clientele?

Analysis by the Fashion Model Directory, an industry database, looked at exactly that question and identified three major names that fail to accurately represent who their customers are -- not least in the number of Asian models they book.

Before going into detail, it is important to point out that data analysis is an exact science, whereas fashion is anything but. The study therefore, should be taken as observation rather than criticism. The share of luxury fashion brands' revenue earned from Asian consumers in the past fifteen years has increased dramatically. Yet, FMD found empirical evidence that Burberry, Prada and Dior used a disproportionately low number of female Asian models in their fashion shows and advertising compared with the makeup of their clientele.

All three brands earned at least 40% of their revenue in 2016 from Asia, according to data from annual company reports.

"As more high quality brands are being made in Asia," said Iva Mirbach, researcher and fashion analyst at FMD and research company International Fashion Digital Automated Quantification, "Western brands need to rethink and aggressively address the Asian market, otherwise they will lose some of their clientele."

The number of female Asian models at Burberry fashion shows falls short of a proportionally accurate representation of its customer base by 37%. That number has, however, increased by 38% since 2002.

In terms of advertising, the London-based company would have to increase the number of Asian models it uses by 40% to be representative -- a number that has seen little change since 2011.

In contrast, the share of black models at Burberry shows was 13% higher than the equivalent proportion of its customer base -- a figure that has increased considerably since 2010, and a similar picture appears for the company's ads.

There are signs that Burberry is addressing the shortfall of Asian models. In 2016, the brand announced that the Chinese-Canadian actor, model and musician Kris Wu would become its ambassador.

If Prada wanted to hire models that reflected its clientele, it would have to raise the number of Asian models by 42% for its shows and 41% for its ads.

Neither Prada nor Dior responded to requests for comment.

"It seems to me that these brands do increase their share of Asian models, but still, too reluctantly," said Reimund Homann, chief science officer at Fashion One Group, who analyzed the data. "They do not seem to be overly eager."

The FMD findings do show that brands are reacting to their growing Asian customer bases, but not particularly quickly. 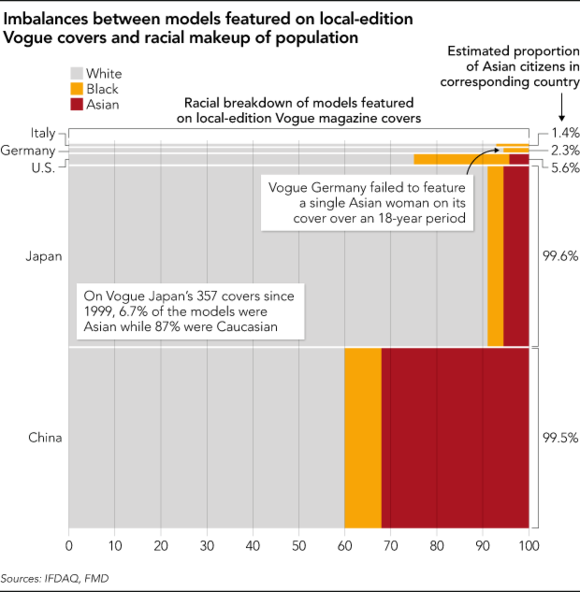 According to Homann's calculations, if the proportion of Asian customers increases by one unit, the proportion of female Asian models also increases the following year. However, it does so at a slower rate -- only 53% for Dior, 34% for Prada, and 28% for Burberry.

Some in the industry insist that demand for Asian models is shifting, at least within the region, despite what the analysis might say.

"It's really not that way anymore. The market has diversified and lots of Asian models are working in Japan. There are agencies that are solely [made up of] Japanese models," said Marcia Rothschild, director of scouting at Bravo Models Tokyo, one of Japan's largest modeling agencies. 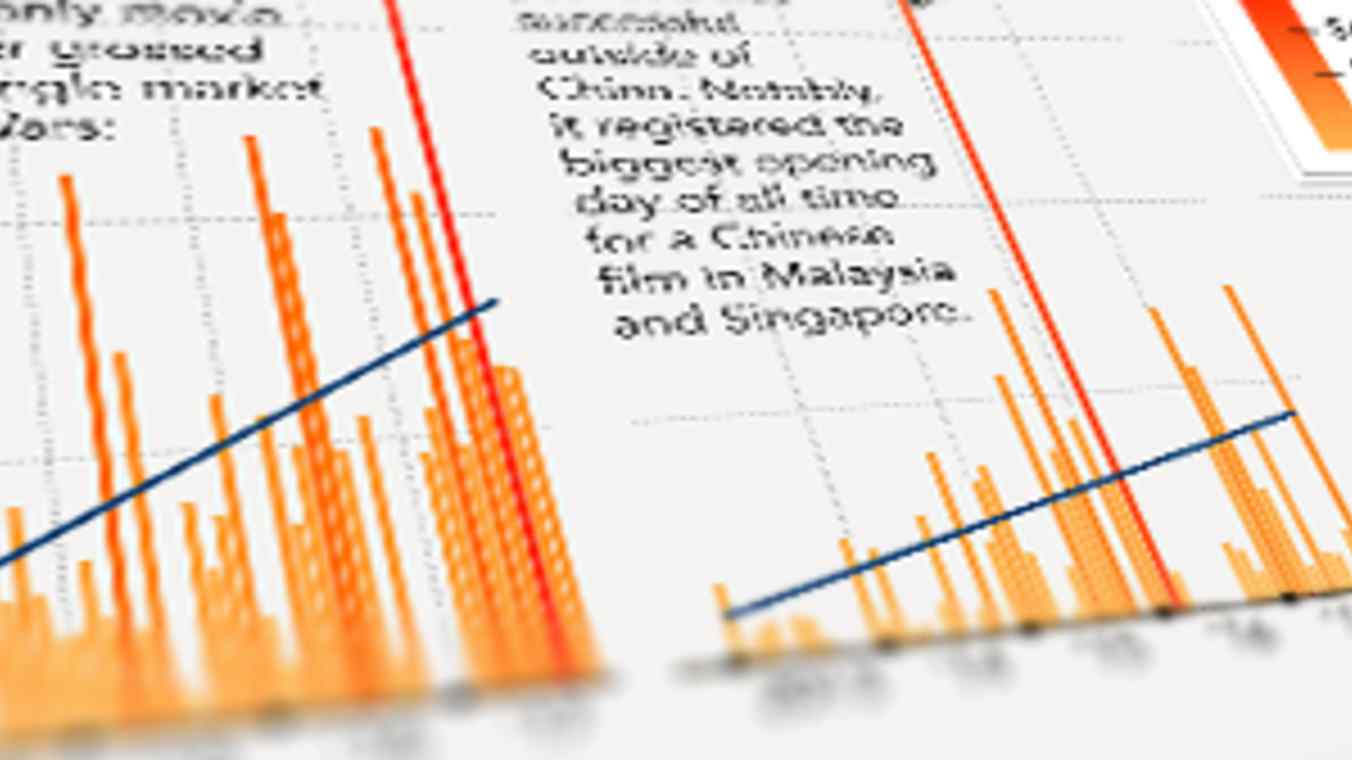 "We are an agency that has been typically 'Western looks' in the past, but now we are bringing and developing more Asian models as the market is demanding it."

Vogue U.K. made headlines recently by appointing the first male and first black person as editor-in-chief in the magazine's 100 year history.

Edward Enninful wasted no time in making good on a promise to add more diversity by featuring Adwoa Aboah on the cover of the December 2017 issue. Yet, Mirbach noted that she did not find a single Asian model in the same issue.

The local editions of Vogue in Asian countries are not necessarily much better at reflecting the racial background of the population on their covers. FMD data for the period since 2005 shows that nearly half of Vogue China's covers featured Caucasian models.

"There are lots of white and some black models on the [Vogue China] cover," said Homann, "but way less Asian models, than there should be."

"Japan is a most extreme example," he continued. Only around 7% of Vogue Japan covers since 1999 have featured Asian models. The rate was slightly higher at 10% for 2017, according to the FMD data.

However, it is worth remembering that FMD's data-driven approach has its shortcomings. Homann states that the study hangs entirely on a single assumption: "that the racial proportions in modeling should be the same as in the population."

"If you disregard this assumption, our study is, so to speak, worthless."