LONDON -- Beijing has urged Chinese companies to go out and conquer Western markets, and a handful of the country's most innovative businesses have launched ambitious research and development drives. All that intellectual property, however, has to be protected.

Analysis by patent service and analytics company IFI CLAIMS shows how this is affecting the landscape of IP protection in the U.S.

The breakdown of patents granted in the U.S. per country changed little in 2017 from previous years, with China the glaring exception, explained Larry Cady, the senior analyst who led the research.

"China is moving from an economy based on contract manufacturing to one where they do their own research and product development," he said. China's overall slice of the pie remains relatively small. Just 11,240, or 3.5%, of the 320,003 utility patents granted in the U.S. last year went to Chinese companies, compared with 31% to other Asian businesses; Japanese companies alone had five times the number of their Chinese counterparts.

But it is the pace at which certain Chinese tech companies have risen in the rankings that will have rivals from the U.S. and elsewhere taking note.

By far the biggest gainer in 2017 was Beijing-based BOE Technology Group, whose core business centers on display sensor technology and the internet of things. The company was granted 1,414 patents during the year, compared with 19 in 2013. 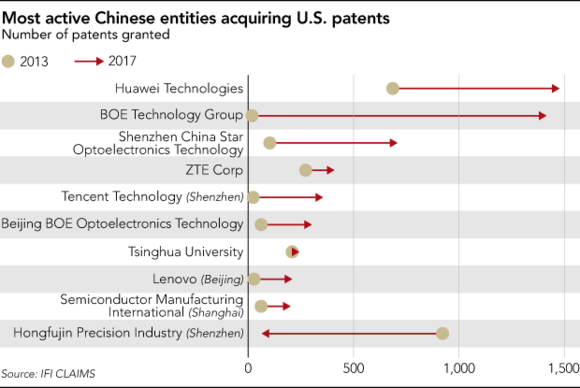 Like a number of U.S. and Asian rivals, most of the two companies' patents were in the category of electrical and digital data processing technologies.

Looking at the number of patents granted, however, does not necessarily tell the whole story. Typically, two to four years can elapse between application and approval, making it difficult to assess whether Chinese companies are ahead or behind the curve in terms of protecting their IP in fast-growing technologies.

A more up-to-date picture can be gleaned from pre-grant publications or applications, which have a time-lag of only around 12 months.

Chinese entities rank highly in three of the eight fastest growing classes of U.S. patent filings with more than 800 published applications in 2017. Areas that have seen particularly intense activity by certain Chinese companies include autonomous vehicles and aerial drones. SZ DJI Technology is one of the most ambitious. The Shenzhen-based company ranks just below Boeing in the number of filings made for airplanes and helicopters, and is the third most prolific publisher in the category of systems for controlling and regulating nonelectric variables.

"Five years ago, the drone business was very fragmented. These guys [SZ DJI] came in and cleaned it up. They are the dominant drone producers now and they are acquiring patents like crazy," said Cady.

In the field of medical technology, the number of patent applications made by Chinese companies more than doubled for equipment such as stents, orthopedic and contraceptive devices and filters that are implantable into blood vessels -- rising from 1,113 in 2013 to 2,685 in 2017.

It was a similar story for technologies that mitigate the effects of climate change. The number of filings from Chinese companies saw compound annual growth of 22% over the five-year period, while for non-Chinese entities it dropped 24%. 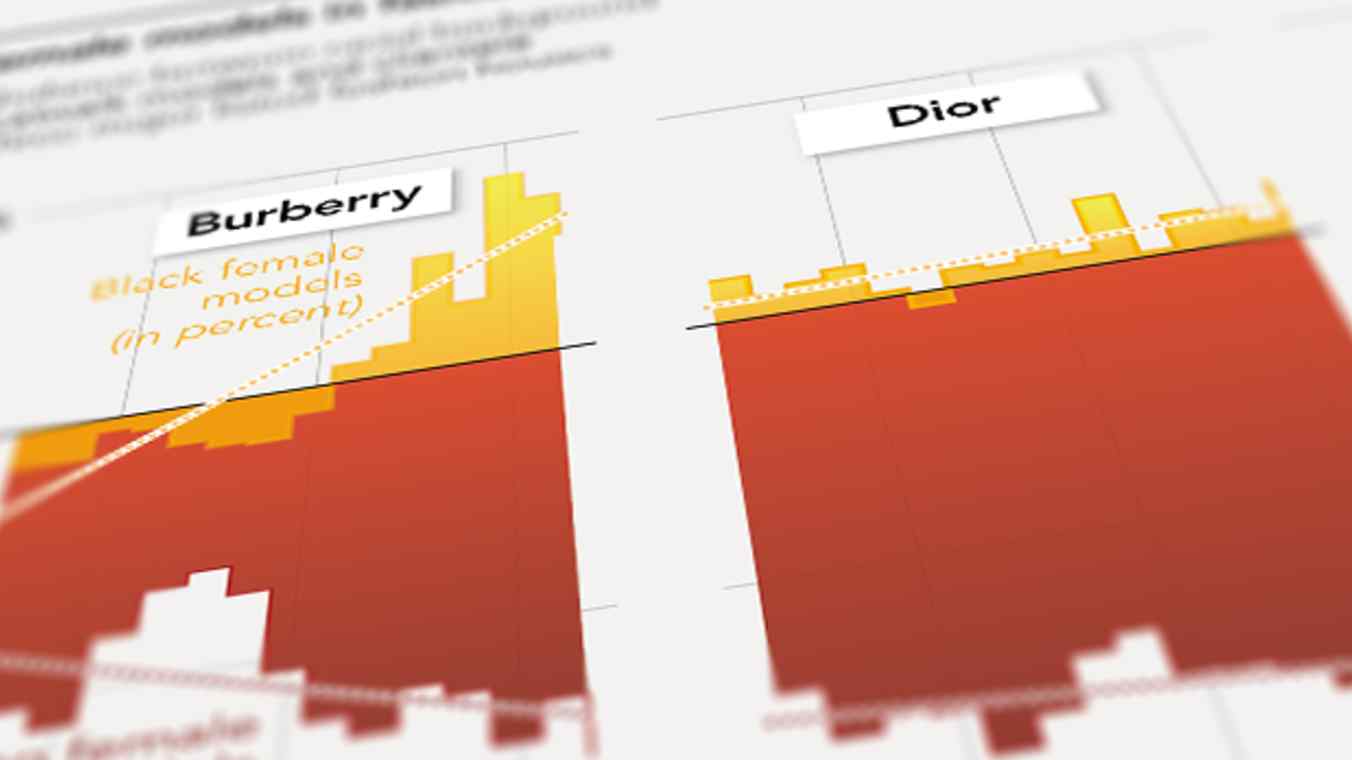 The smokers requisites category, which includes products such as e-cigarettes, has seen more growth in the number of applications than any other since 2013. Businesses such as Shenzhen First Union Tech and Kimree Hi-Tech Inc have invested heavily in IP protection in the area, although overall it is a category in which rivals from elsewhere have been more active.

There is one area where Chinese companies trail their U.S. counterparts, despite Beijing's vows to dominate the field.

No mainland Chinese company made the top seven companies filing for machine learning patents, meaning the likes of IBM, Microsoft and Google seem set to dominate the IP stakes in the field of artificial intelligence -- for the time being at least.