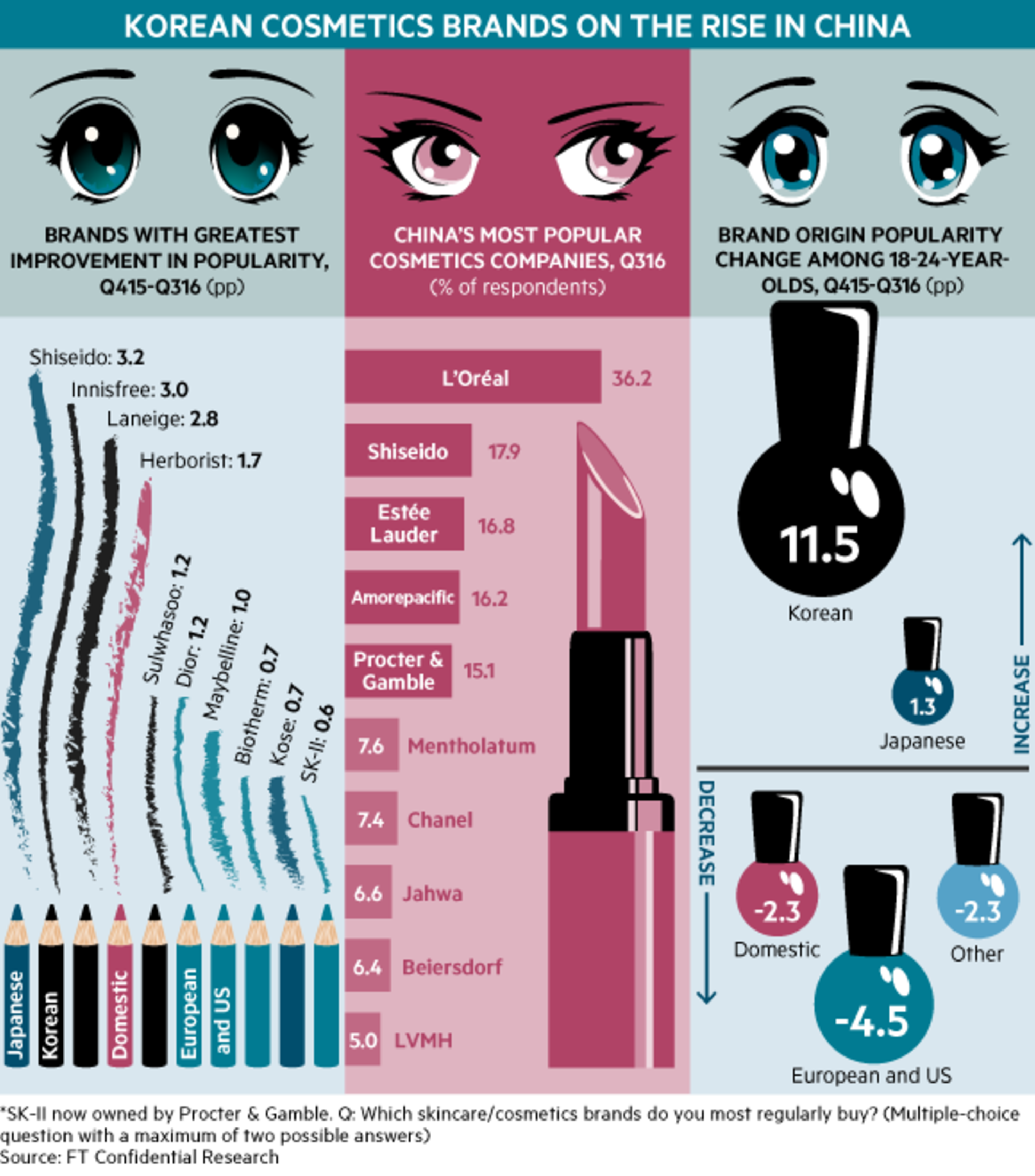 Recent intergovernmental spats over anti-ballistic missile systems have failed to harm actress Song Hye-kyo's standing among young Chinese shoppers. China's official displeasure with Seoul over its agreement with the US to deploy the Terminal High Altitude Area Defense system has reportedly triggered restrictions on Korean cultural imports such as those starring Ms Song.

But the star of South Korean drama Descendants of the Sun is also the face of cosmetics firm Laneige, a big winner among respondents to FT Confidential Research's latest survey of 2,000 urban Chinese consumers. Laneige is one of several Korean cosmetics brands that have surged in popularity to overshadow their Japanese and Chinese rivals.