Masayoshi Son's business may be in flux, but the core remains the same

TOKYO -- The headquarters of British semiconductor design company ARM Holdings is a 10-minute drive from the center of Cambridge in the U.K. The building, said to have been modeled after a boat, does not stand out. It may look like an ordinary local company, but ARM is an intellectual force that has connections with the University of Cambridge and other powerful actors in the technology industry.

When SoftBank Group CEO Masayoshi Son acquired ARM in 2016 for 3.3 trillion yen ($29 billion), he said he had been "in love with the company for 10 years."

ARM is not a household name because it specializes in chip design, but its products are used in more than 90% of smartphones around the world. ARM was founded in 1990 when 12 engineers left a struggling local computer company. One of them is Chief Technology Officer Mike Muller. 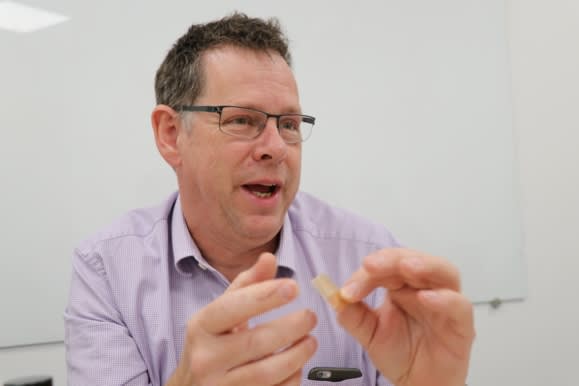 ARM Chief Technology Officer Mike Muller is one of the company's 12 founders.

"Why did we come up with the business model of specializing in design? The answer is simple: We didn't have money," Muller said.

The founders managed to raise one million pounds ($1.25 million), an amount too small to join the intensely competitive investment environment in the chip industry. So they decided to focus on development and earn money by selling chip designs. The founders made another watershed decision as well: to focus solely on designs for mobile devices.

"Intel was already a dominant figure in the PC business," said Muller, "We would have stood no chance."

An ARM semiconductor was adopted for Apple's personal mobile terminal Newton, whose sales were disappointing. The company struggled to get by. The Newton terminal was manufactured by Sharp, leading ARM to begin working with Japanese companies. Muller even had business cards printed in Japanese.

Despite the hardships it experienced in the PC era, ARM stuck with its mobile-only policy. Business began to flourish after Finnish mobile phone giant Nokia adopted its chips in 1997. By the time Apple ushered in the smartphone era with the first iPhone a decade later, ARM had established its status as the key player behind the scenes. Now, the company is in the pole position at the dawn of the internet of things generation.

Son calls ARM a platform provider and praises its business model as generating bigger returns over time. Counting on its exponential growth, he boasts that one trillion ARM products will be used around the world in 20 years' time. An ordinary-looking building in Cambridge in the U.K. is the headquarters of ARM, a company whose products are used in 90% of smartphones worldwide.

This is not the first time Son has taken aim at a platform provider. He often cites historical examples in the likes of John D. Rockefeller and Oda Nobunaga.

Rockefeller predicted that the 20th century would be a century of oil more than 50 years before the auto industry arose with the launch of the Ford Model T. The American business tycoon took control of one oil field after another to create the giant Standard Oil Company.

16th-century Japanese warlord Nobunaga beat his opponent Takeda Katsuyori in a battle in 1575 by equipping his soldiers with firearms that had arrived in Japan just a few decades before. Although Son has said firearms brought about a paradigm shift in warfare, he places more importance on gunpowder. What decided the fates of Nobunaga and Katsuyori -- who is said to have been aware of the threat of the weapon -- was, according to Son, the availability of gunpowder.

Potassium nitrate, also known as saltpeter, is a key ingredient of gunpowder. Japan had to import the substance back then. Nobunaga is known for his passion for the tea ceremony, but Son thinks it was not just for his love of art. He argues that Nobunaga became a patron of the "three masters of the tea ceremony" -- Sen no Rikyu, Imai Sokyu and Tsuda Sogyu -- to obtain gunpowder. What these men had in common was that they were arms merchants based in Sakai, in modern-day Osaka Prefecture, which was the largest trade port in the country at that time.

Son believes Nobunaga spotted platform providers who would make firearms the most powerful weapon and brought them under his wing. This made for a crucial difference with Katsuyori, who ruled a landlocked domain. Historians may disagree, but this shows the thinking of the SoftBank chief.

When did he start focusing on platform providers? Mutsuro Fujiwara, a former executive of electric appliance chain Joshin Denki, was the first person to sign a major contract with Son's fledgling company back in 1981.

"Mr. Son cited a U.S. oil company and fervently explained his marketing strategy that he will aim to win the top share in the market and overwhelm his rivals, and then raise prices gradually to generate profits," Fujiwara recalled. One historical figure Son admires is Oda Nobunaga, a 16th-century Japanese warlord who foresaw the power of gunpowder.

Even in his mid-20s, Son already wanted to become a platform provider like Rockefeller. But he did not truly set forth on the path until he experienced a humiliating defeat some 30 years ago.

It was Christmas Eve, 1986. "Miserable, aren't we, Mr. Okubo?" The usually aggressive Son was disheartened because he and Hideo Okubo, who is now chairman of consulting company Forval, had just lost a potentially huge deal.

They had spent a year developing NCC BOX in a bid to create a new business model in Japan's newly liberalized telecom industry. Startup operators were entering the market, but they had one problem. Subscribers of new operators had to dial four-digit numbers allotted to the operators before the telephone number. NCC BOX automatically chose the cheapest line. Son and Okubo intended to distribute their cost-saving routing device to subscribers for free and receive commissions from the operators.

They thought their device would end the virtual market monopoly enjoyed by former state-owned telecom giant NTT. They chose the predecessor of KDDI, founded by Kyocera chief Kazuo Inamori, for their first business negotiation and visited the renowned businessman in Kyoto.

"How much is it? I will buy 500,000 units," Inamori told them as soon as Son finished his presentation. A bulk purchase would bring in a profit of millions of dollars. But Son and Okubo wanted all of the three new operators to adopt the device in order to create a platform to end NTT's dominance. They tried to turn down Inamori's offer, but he was persistent. The negotiations continued late into the night.

"We were exhausted and lost the will to fight," Okubo said. The two men came back the following morning and begged Inamori to return the contract. On their way back to Tokyo, Son muttered just one thing to his business partner: "You can quit if you want." He sat with his head lowered throughout the entire journey.

A short while later, the SoftBank chief told Okubo that someday he would be the bookmaker, because that person organizes the game and sets the rules. In a word: a platform provider. 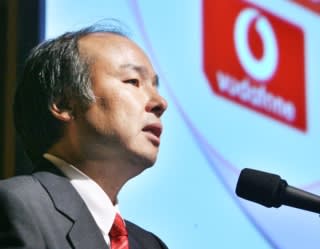 SoftBank's core business has had many incarnations over the years, but Son's ambition remains intact: to be a platform provider.

Son entered the broadband business with ADSL services 15 years after the NCC BOX failure to take control of the communication lines that are the bookmaker of the internet.

His platform has changed over time. Son invested 2 trillion yen to acquire the Japanese unit of Britain's Vodafone in 2006 to enter the mobile phone market, successfully predicting that people would access the internet mainly via mobile devices.

His current platform is semiconductors. It is a challenge he has taken on to set the rules for the internet of things. Son co-founded SoftBank with a partner in 1981 when he was 24. The company's first business was selling software wholesale. The company has changed its core business frequently, but its motto of bringing about an information revolution remains unchanged.

Some people don't quite understand SoftBank's business. But the company has a consistent agenda, which is Son's ambition to become the platform provider in the information era.

This is the fifth installment in a five-part series about Masayoshi Son and SoftBank.