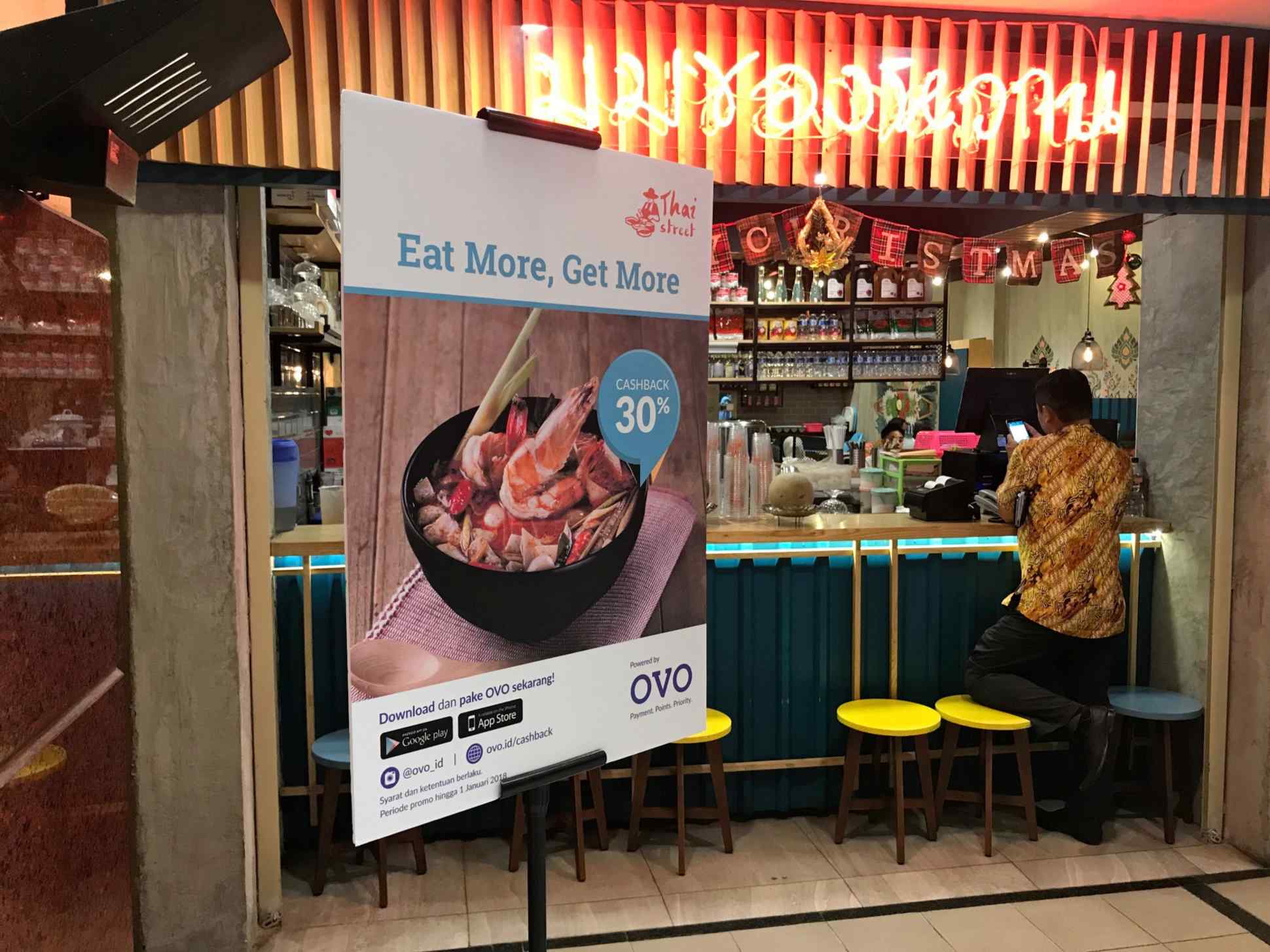 JAKARTA -- Indonesian conglomerate Lippo Group will take advantage of its vast customer base of 60 million to strengthen mobile payment services, a promising market where its future may lie.

Online shopping and ride-hailing apps have quickly gained currency in Indonesia as consumers have embraced smartphones. Of the country's population of 260 million people, more than half is 30 or younger.

"Indonesia is the last remaining large market where technology hasn't really taken off," John Riady, the executive director in charge of Lippo's digital segment, told the Nikkei Asian Review in a recent interview.

Riady, grandson of group founder and Chairman Mochtar Riady, points out that Lippo's strength lie in the fact it has a wide range of businesses, such as retail and health care, that require payment processing. That is where Ovo comes in, the electronic payment app that Lippo has been actively promoting since last year. Ovo's operating company recently received $116 million in funding from Japanese finance company Tokyo Century.

Indonesia lags behind developed countries in terms of bank accounts and credit card holders. But the penetration of smartphone means there is an opening for digital wallets to leverage the changing buying habits among Indonesians. "In the digital future, the wallet will be the core of your consumer engagement," said John Riady. "So whoever can win that wallet, you have won the customer. You own the customer."

The key to success in the market, according to Riady, is building a "merchant ecosystem" across multiple industries, including retail and transportation. He pointed to Alibaba Group Holding and Tencent Holdings -- two Chinese e-money pioneers -- as prime examples.

"You need to be able to take and use it for everything," he said. "The winner will be the one who has that cross-industry use case from the traditional market to the mall."

Riady also revealed Ovo's partnership with Singapore-based Grab on the e-money front. Grab, of which Lippo is a shareholder, has offered the GrabPay mobile wallet in Indonesia.

But Grab was forced to partly suspend GrabPay because it has been unable to gain a license from Indonesia's central bank. The tie-up with Lippo, which owns a license, removed that hurdle. "We want to accumulate data, customer data and algorithms" before a full-fledged launch, said Riady. Ovo recently made home loans to 400 people on a trial basis. It will inform a new lending framework in which credit lines are approved based on analysis of purchase histories and payment statuses. Lippo is collecting data and developing algorithms, said Riady.

Roughly 10 trillion rupiah ($745 million) worth of e-money changed hands between January and November of last year, according to the Indonesian central bank. Usage rate jumps by nearly 50% annually, and 26 e-money service providers have been registered.

Riady predicted that the value of Indonesia's technology companies, which he estimates at $8-12 billion currently, will double or triple in the next five years. He added that a handful of large tech conglomerates "will have disproportionately large access to capital," similar to what has happened in China. Indonesia's economy has staged a rapid recovery in the approximately two decades since the Asian currency crisis. But "we are entering a new normal, where growth will be a bit lower," said Riady. "So businesses will have to work harder."

Lippo started out as a banking group, but made real estate its core segment after the currency crisis. Riady's father, James Riady, currently serves as group CEO. As the head of digital operations, positioned as the Lippo's next-generation growth segment, John Riady stands as the likely heir apparent to the group while still in his 30s.

Only 34% of Asian family own corporations have named successors, says PricewaterhouseCoopers. Race for succession could have serious consequences on the management.

In 2016, India's Tata Group was in a family feud, replacing Cyrus Mistry by emeritus chairman Ratan Tata as chairman.

Some family-owned conglomerates in Asia are increasingly looking for top managers outside the clans. SM Investments, based in the Philippines, appointed a new chairman and president unrelated to the ruling Sy family. The founding family will be devoted to formulating long-term strategy.