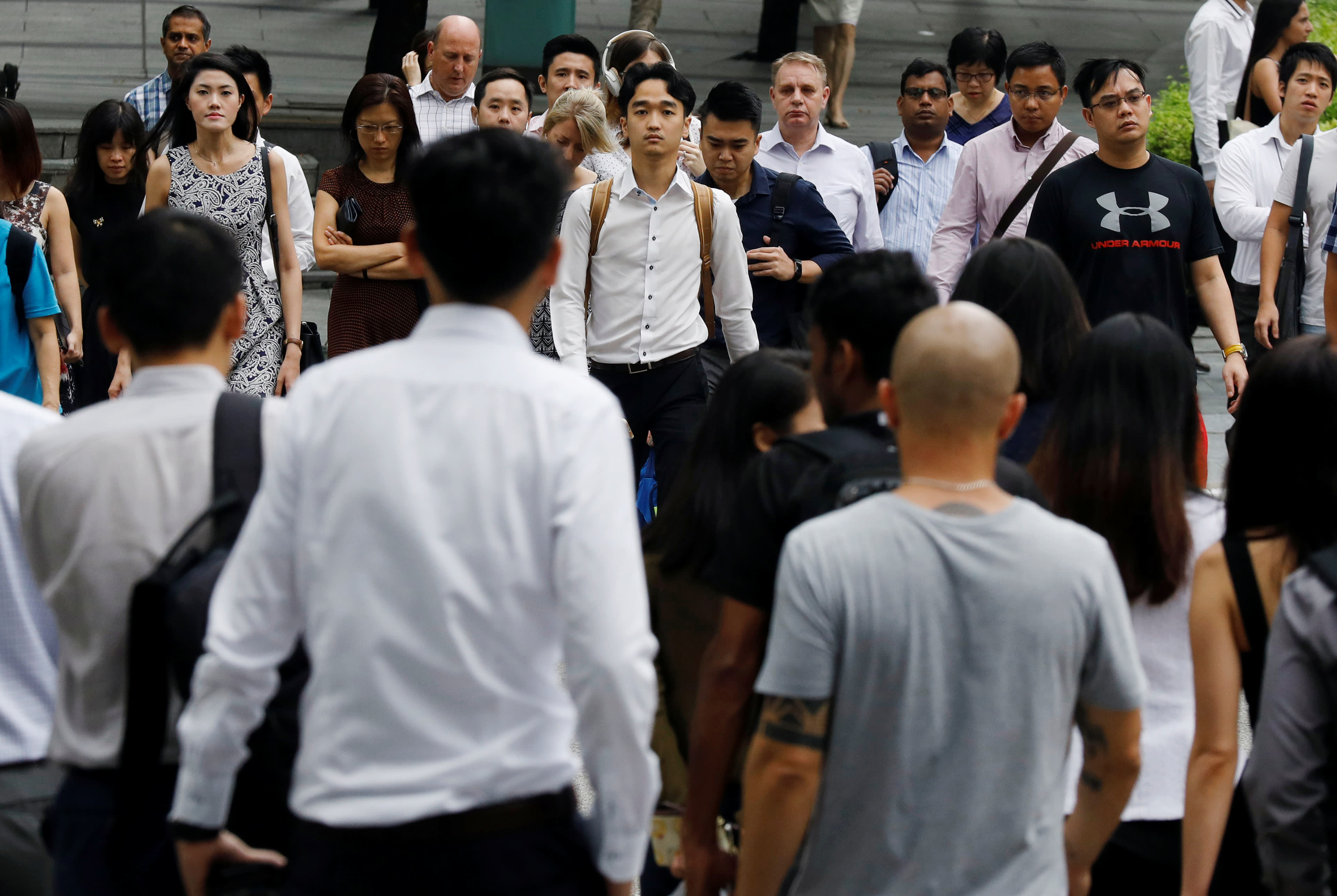 Before becoming CEO of Spire Research, Perera was assistant head of the Singapore Economic Development Board's Enterprise Development Division. He is currently serving as a nonconstituency member of Singapore's Parliament.

Perera said that Singapore must harness the experience and talents of its older workforce. Q: Can Singapore continue to maintain its competitiveness?

A: For the short and midterm, it is not an issue. For the next 10 years, we probably can maintain our competitive edge just based on the [current] competitive success factors [such as] the institutions, practices and investments that you see. We have efficiency, no corruption, and a good civil service. Those are the good things that we should maintain and preserve. We are ahead of many countries in this respect.

But in the long term, we may have an issue. I see the Singaporean glass as half full. Part of the glass which is empty are things like individual initiatives, confidence and freedom of expression. These are needed so that we can have an entrepreneurial and innovation-driven economy.

Q: How should we address the issue of Singapore's ageing population to ensure continued growth?

A: Older people can be a source of economic potential if we have the right policies to make that happen. We have to ensure that they have the confidence to contribute to the economy. If we unleash the talent of older Singaporeans, they can actually be a positive force for the economy and not be a burden. They can continue to work if there are options for them to do so. It could be flexible hours or consulting or advisory kind of work. Older people can also be entrepreneurs.

Another thing we need to improve is our total fertility rate. So that is where we are really falling behind. Among the developed countries in the world, Singapore's TFR is really one of the worst. This is not sustainable and we really need to look at that more seriously. Things like cost of living, retirement adequacy and property ownership can combine to create a lot of pressure and play a role in reducing the TFR.

Q: What areas should Singapore work on in order to survive in this age of disruption?

A: If we want to succeed in the 21st century both economically and socially, we need to be a more vibrant hub for entrepreneurship. Just being a base for multinational companies and government-linked companies, in itself, would not give us the flourishing environment that we need for economic competitiveness.

I don't really sense a lot of confidence among many Singaporeans. Their confidence is affected by many things like cost of living, perception about freedom of expression and so on. There needs to be a better balance. If you have a more confident people, they will be more likely to become entrepreneurs and innovators. That will assure economic competitiveness in the 21st century. If you have less confident people who are not used to taking initiative themselves, that will impede and degrade our competitiveness in the 21st century.

Q: How can we encourage more students to pursue entrepreneurship?

We are drilling on students very hard to make them numerate and literate at a level that is beyond other countries. But it doesn't translate into becoming really brilliant people or adults when they go into the workplace. We have not won a single Nobel Prize. There are other small countries in the world that have won Nobel prizes. We need to go back to the education system and develop those softer skills, higher level skills.

We need to do more within the education system to promote entrepreneurship and to let students and young Singaporeans understand what an entrepreneur's journey is like. We should be giving them more opportunities and even nudging them to take up those opportunities for internships, attachments and training.

Q: Is freedom of speech improving in Singapore?

A: Singaporeans have various concerns about expressing their views, because we have a climate of very stringent defamation laws. In the future, there will also be laws and rules against the propagation of fake news, which seems to be what the government intends to do.

A lot of people may not think that this [freedom of speech] is of economic relevance. But this is of tremendous economic relevance. When people have this kind of fear and concern [about the freedom of speech], they can have the mindset that they have to get the higher authority's "blessing" before they can do anything. Then they would not want to be an entrepreneur or an innovator and do things differently. That is bad for the economy.

We need some change in terms of culture and education, to gear the people towards entrepreneurship and to unleash that creativity and self-confidence. We need to have a Singapore where everyone feels that they can be who they want to be and they can express their views freely. We should have a culture where people express themselves and resolve disagreements horizontally among the people.