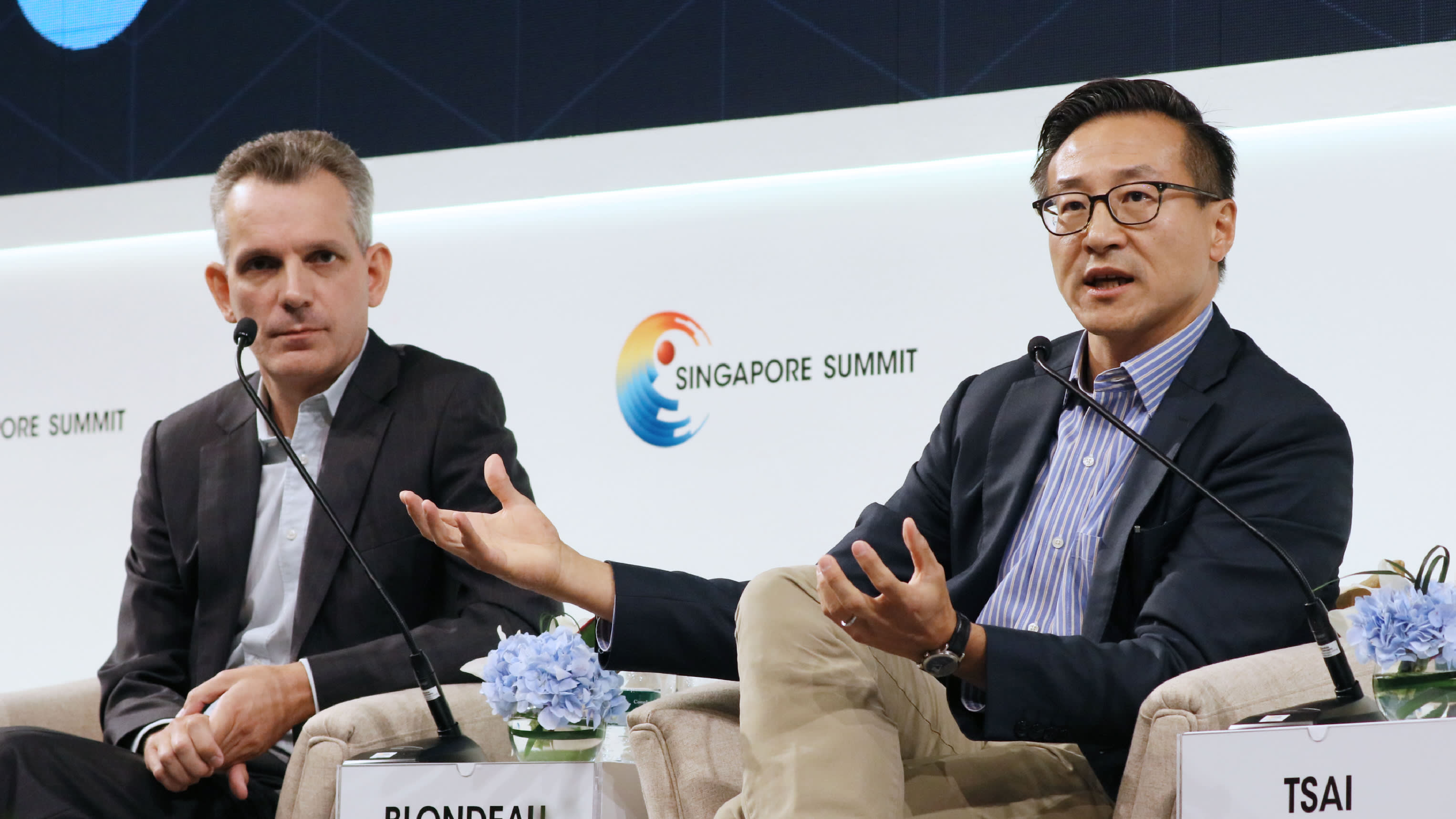 SINGAPORE -- Maximizing the potential of disruptive technologies like artificial intelligence will require the right regulations and transparency on data usage, experts suggested at a forum in Singapore on Saturday.

In a session of the Singapore Summit titled "Fostering inclusive growth: redefining policies and harnessing technological advancements to address societal challenges," the panelists were challenged with questions from the audience on how AI can be used for the good of society, as opposed to creating mass joblessness.

Joseph Tsai, executive vice chairman of Chinese e-commerce giant Alibaba Group, said companies and their management teams "need to establish trust with the people who entrust them with data." Tsai gave an example of sharing encrypted data with a rural cooperative to develop a lending model that manages credit risk, giving farmers access to the financial market.

Meanwhile, Antoine Blondeau, co-founder and co-chairman of AI company Sentient Technologies, said that while there is merit to the notion that AI will take jobs away from people, it will not happen overnight. "I think there is a meaningful [and] hopefully socially acceptable path," said Blondeau, who was involved in developing the technology that later became Siri, the voice assistant in Apple's iPhones.

By gaining understanding of how AI works in each sector, he added, "we will build trust in the system." 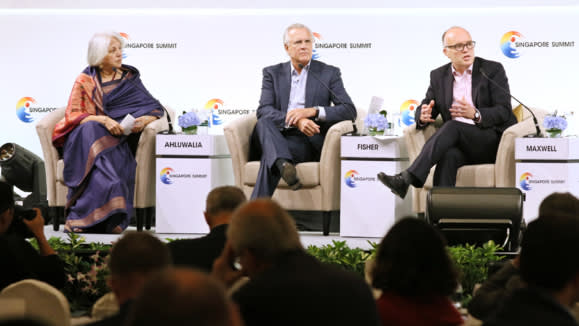 Governments, for their part, walk a fine line when it comes to introducing new technology. Implement it poorly, and they risk a backlash. Liam Maxwell, the U.K.'s national technology adviser, noted that many people worry about "the government taking rash decisions or making massive changes too quickly" to adopt AI.

Isher Judge Ahluwalia, who chairs the Indian Council for Research on International Economic Relations, stressed the importance of good governance. Pointing to India's efforts to roll out digital public services, she said, "In 10 years, it is only in the few states which actually provided the right enabling environment that we could see the results."

Maxwell further added that the key is to first "design, work with people and see how it works in a lab condition." Places like Singapore, which take a forward-looking approach and serve as test beds for innovation, can have a "tremendously encouraging" influence, he said.

Richard Fisher, senior adviser at Barclays and a former president of the Federal Reserve Bank of Dallas, said that some public functions are already being taken over by private companies successfully using AI. U.S. telecom company AT&T plans to build a nationwide data and voice network for emergency personnel. "We will be able to improve the system to cover 98.2% of the U.S. population," Fisher said.