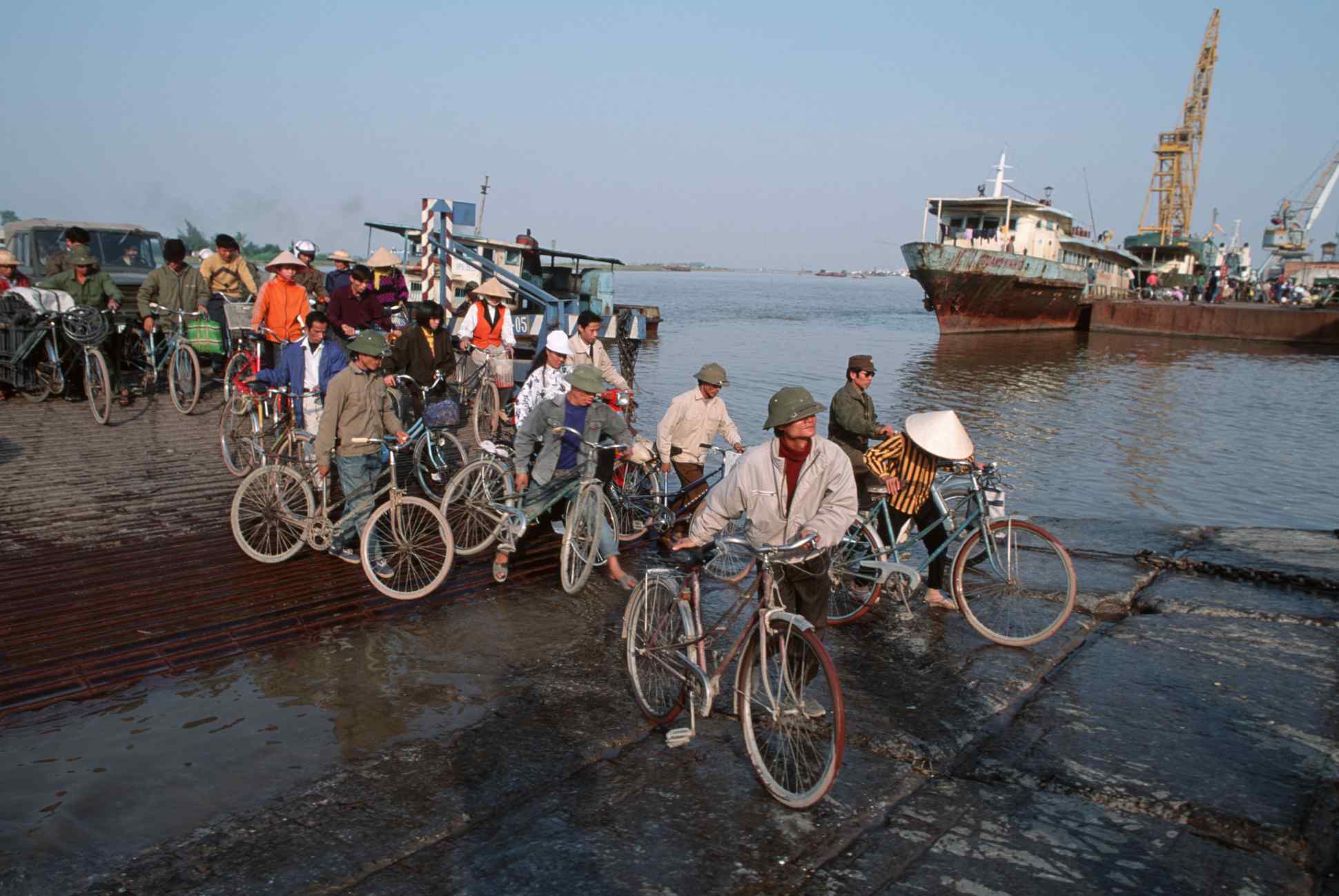 Until recent decades, bicycles were the only transportation option for many in Vietnam. (Photo by Dominic Faulder)
Tea Leaves

When cycling goes from necessity to choice, it represents a major sociological shift

You are what you drive -- the car advertisement claims. That is not true in Thailand, where you are what you ride. Bicycles have become the nation's most unexpected status symbols.

Thais have taken to recreational pedaling like nobody else. Each weekend, hundreds of thousands from all walks of life don skintight Lycra, wraparound shades and aerodynamic helmets to cycle great distances around airports and reservoirs, up and down hills, and along jungle trails. When the military government wants a guaranteed PR win, it organizes a mass bike ride. Everybody from the royal family down joins in -- even the cabinet.

Thailand's cycling craze represents an interesting sociological shift. In the 1980s, those who rode bicycles did so because they had no choice. Poor vendors have always pedaled their wares around, and provincial cities like Chiang Mai often had three-wheeled pedicabs. But even a generation ago, renting a motorized samlor, or tuk-tuk, was much preferred to riding a bike. Anyone who could afford a motorbike bought one. The number of people killed using the polluting machines had doctors talking of "the Japanese disease." The world over, a motorbike is always the first rung on the economic ladder. A 50cc Honda Cub delivered up to 200 miles per gallon, and across Asia entire families climbed aboard.

In Burma, as Myanmar was then known, it was a very different story. Designated a least-developed nation by the United Nations, it was at least rich in bicycles -- mostly Chinese with a few colonial relics. There were also numerous pedicabs for hire with two-passenger sidecars, one facing forward, one backward. In Mandalay, the sleepy northern capital, there were virtually no cars. A few stately old British 500cc motorcycles thumped up and down the dusty roads. Taxis were mostly pony traps that made one either dozy or seasick.

Bicycles also ruled in Vietnam. Even in the early 1990s, Hanoi's rush hours were dominated by commuters wearing green sola topees on bicycles. Rivers of humanity paused at junctions with traffic cop conductors, then moved off, emitting the treacly sound of well-oiled chains and rubber tires that is inaudible in most cities.

Like the Burmese and poorer Thais, threadbare Vietnamese used bicycles because they had to. The status-conscious aspired to own a Peugeot model in the French era, and bicycles acquired heroic stature. General Vo Nguyen Giap's forces used 60,000 bicycles in the defeat of the French at Dien Bien Phu in 1954. The Viet Cong turned bicycles into "steel mules" to transport prodigious quantities of supplies and ammunition along the Ho Chi Minh Trail during the Vietnam War. Similarly, in early 1942, Japanese bicycle infantry requisitioned machines from Malays to advance down the peninsula at formidable speed and take Singapore.

There remains an obvious correlation between climate and using a bike to commute. Most of Europe can cycle to work comfortably. Most of Southeast Asia cannot. However environmentally friendly, cycling in the tropics is a steamy business. Bangkok has the world's highest annual mean temperature for a city, at 28 C.

But Thais have made an art out of never getting hot and bothered. They cycle for fun, to get fit, and to look hot -- not to get hot. Virtually nobody takes their beloved bike to work -- unless they get up with the monks and set out at 4 a.m. Only tourists actually pay for organized cycle tours of the city. It takes a certain kind of madness to ride a bicycle in the polluted heat on roads with gutters, drains and dividers that can be lethal. A popular local restaurateur who hoped to get fit was run over by a public bus on his first day out.

Sadiq Khan, the mayor of London, intervened last year when unregulated pedicab drivers in the West End were caught fleecing tourists of hundreds of pounds for short rides. An acceptable charge was deemed to be one pound sterling per minute -- more than the basic taxi fare in Bangkok.

Prosperity, it would appear, promotes elective bicycle use. One can derive a simple index for this by dividing (A) the number of cyclists who choose to ride a bicycle by (B) the number who have no choice. It goes like this:

It is surprisingly easy to spot an elective cyclist, and this index can be used universally as an objective indicator of economic well-being. Relatively impoverished regions will score below one, and relatively rich ones above one.

Dominic Faulder is an associate editor at Nikkei Asian Review.