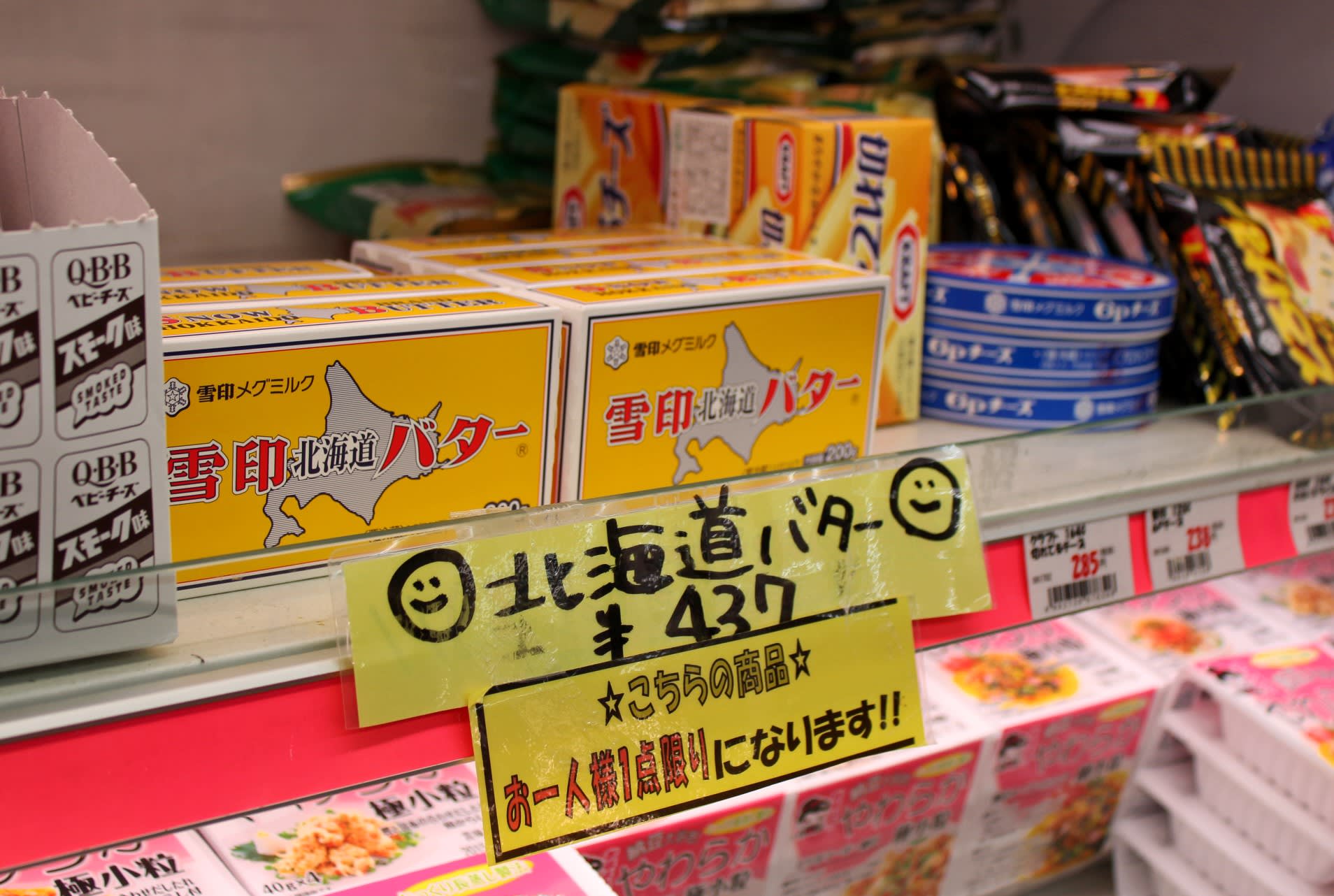 In Tokyo, a 200-gram package of salted butter sold for 434 yen ($3.50) with tax in October, a near-record. The price represented a 4% jump from a year earlier and was up 12% over three years. Unsalted butter is even more expensive, with a product made by Megmilk Snow Brand frequently priced at 480 yen.

Major dairy companies amended butter prices in the spring, and stores are increasingly raising prices to improve profitability. "We are procuring [butter] from several wholesalers, but shipments are not stable," according to a Tokyo supermarket.

The government decided Tuesday to waive safeguards against private butter imports this fiscal year, the first time since the first waiver in fiscal 2011. Higher tariffs are triggered when annual imports go above 11,155 tons, and that level appears to have been breached in October.

However, private imports will still face high tariffs. In May, the government decided to import 10,000 tons of butter as an emergency measure through October, but those imports are also pricier than their domestically made counterparts. A 160-gram pack of New Zealand butter can cost nearly 500 yen at a supermarket.