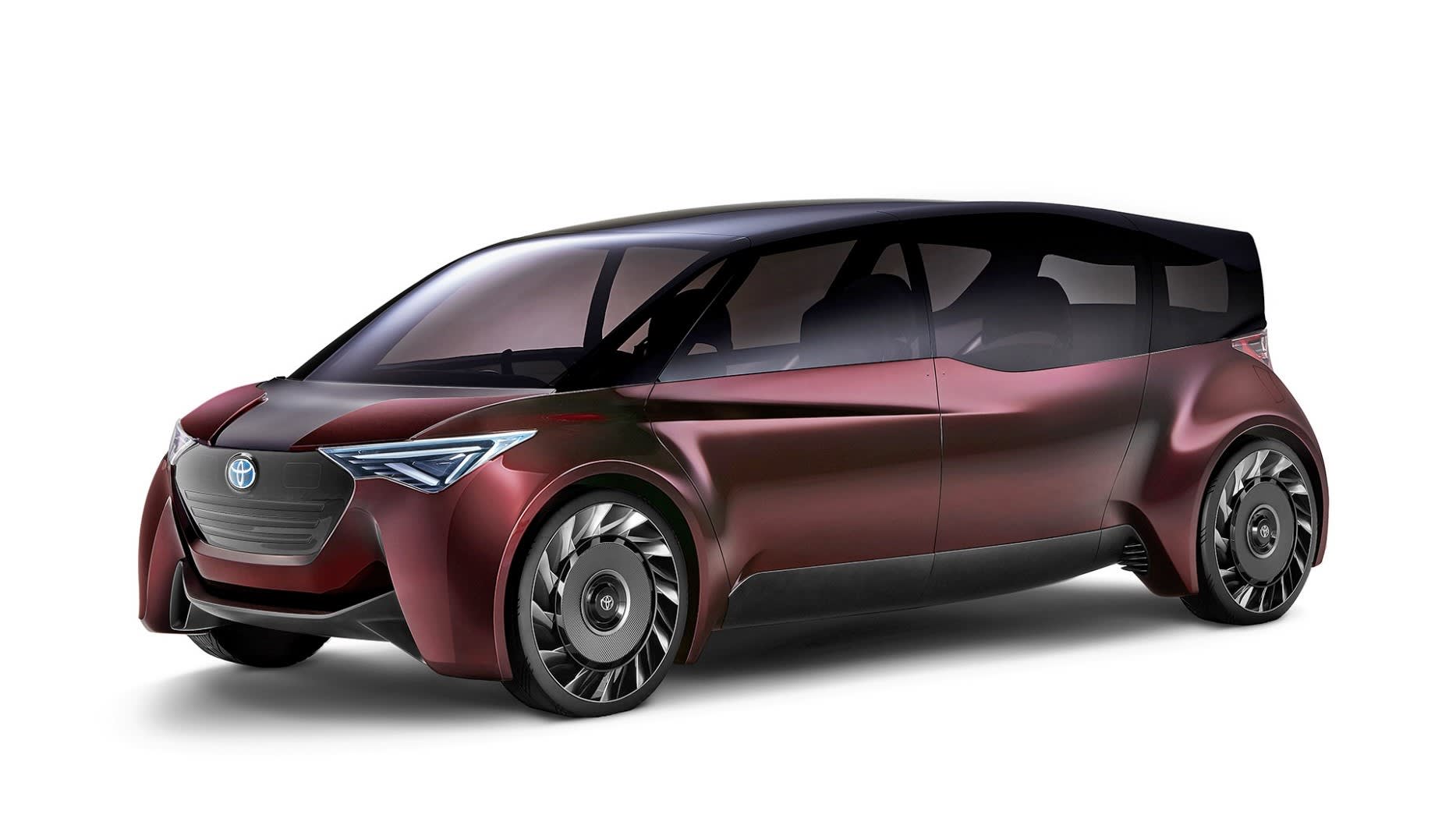 TOKYO -- The internal combustion engine will take a back seat at the upcoming Tokyo Motor Show as automakers vie to demonstrate their visions for a future that does not run on gas.

Toyota Motor on Wednesday revealed a fuel cell concept car, dubbed the Fine-Comfort Ride, which will be on display at the auto show, opening Oct. 27. The sedan is planned to have a range of roughly 1,000km -- over 50% farther than Toyota's current hydrogen-powered vehicle, the Mirai -- and be able to refuel in about three minutes. Other features include voice guidance. The Japanese automaker is also rolling out the Sora fuel cell bus for the show. It plans to begin sales of the vehicle next year and aims to have over 100 units on Japan's streets, chiefly in Tokyo, by the 2020 Summer Olympics. Toyota put a fuel cell bus on the market this year, but the Sora is supposed to be more comfortable and have pioneering safety features for Japan, such as cameras that monitor pedestrians and objects around the vehicle.

Suzuki Motor will spotlight its e-Survivor prototype, a four-wheel drive electric sport-utility vehicle that seats two, while Toyota unit Daihatsu Motor will showcase the DN Pro Cargo, a electric van with a low floor and high ceiling for easy accessibility. Nissan Motor will debut a souped-up version of its flagship electric vehicle, the Leaf, in collaboration with its performance brand Nismo. Honda Motor's Sports EV Concept will make its world premiere at the Tokyo show. The company will also introduce a concept for a production model that it plans to begin selling in Europe in 2019.

This year's motor show will also demonstrate how carmakers are preparing for the automated-driving era. Honda's electric sports car concept will have a driver assistance system that uses AI to analyze the facial expressions and driving habits of the person behind the wheel.

Toyota will also unveil an electric vehicle with AI-assisted driving. The car will assess the driver's mental state and switch to automated-driving mode if it deems assistance is necessary.

Mitsubishi Motors' AI-equipped vehicle will study users' conversations and behavior. The driver can control the air conditioning, windshield wipers, lights and more by talking to the AI assistant, which can also suggest dining and entertainment options based on their conversations.