Partners set sights on 2020 for approval 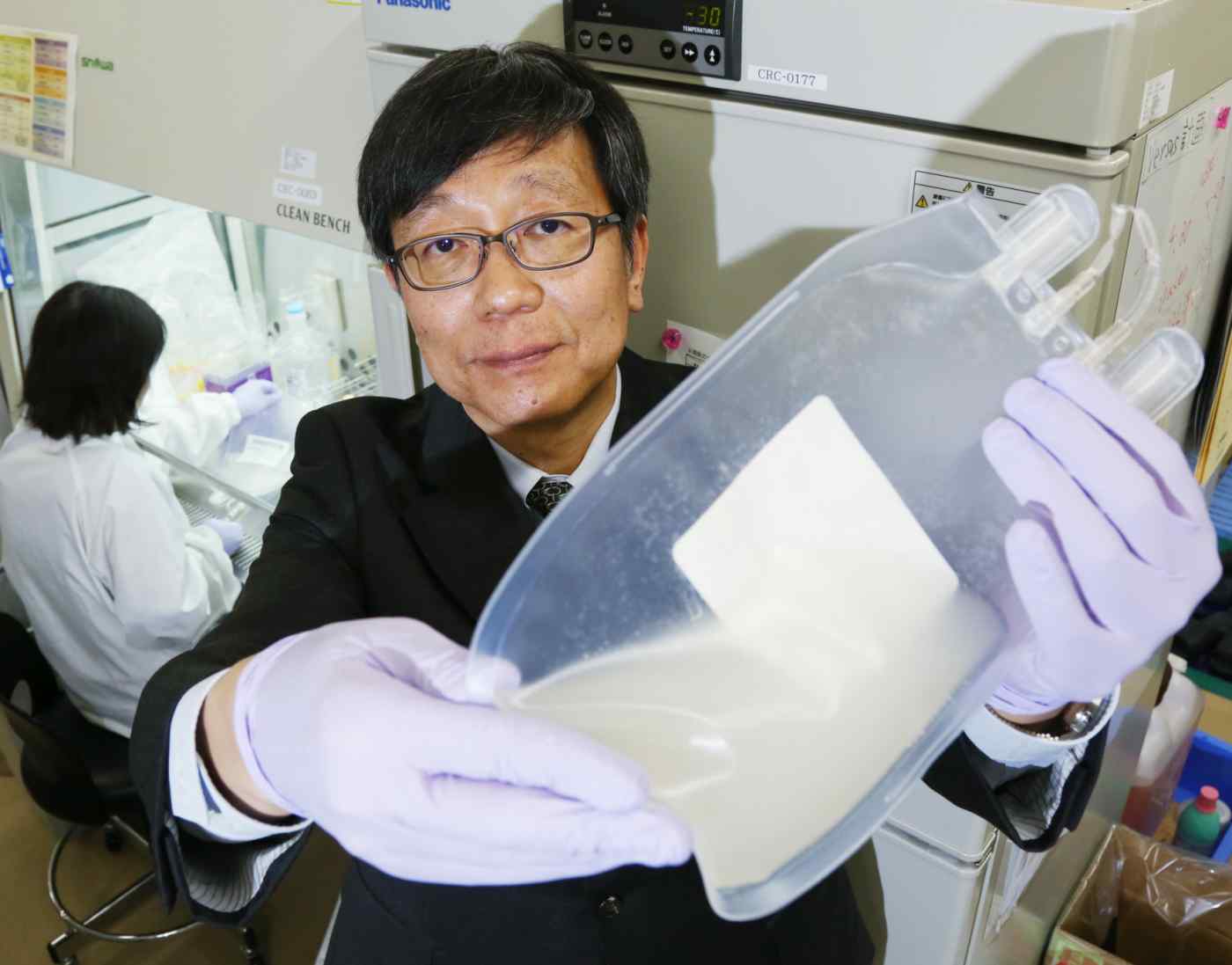 TOKYO -- Sixteen Japanese companies will spearhead an effort to develop a way to mass-produce from stem cells a blood component necessary for clotting, aiming to get the green light for its use in 2020.

Platelet cells are administered to surgical patients and accident victims to minimize bleeding. They are currently acquired via donations. Around 800,000 people a year in Japan receive transfusions of platelet cells, making the market worth about 70 billion yen ($630 million). In the U.S., it is more than three times as large.

With a declining and aging population, there are concerns that Japan will no longer be able to meet its platelet needs through donations alone. University-spawned venture Megakaryon will thus work with the Otsuka Pharmaceutical group and Sysmex to begin clinical trials as early as next year of platelet cells derived from induced pluripotent stem cells, or iPS cells.

Platelets derived from stem cells will be significantly cheaper to produce, Megakaryon claims. Donated platelets also have a shelf life of only four days because they cannot be placed in cold storage, compared with two weeks for stem-cell-derived platelets, which are produced in sterile conditions. This will also slash costs.

Reduced risk of infection is another potential plus, given past incidents of donated blood infecting patients with the AIDS and hepatitis C viruses.

Current technology allows enough platelets for one to three people to be produced in the laboratory. This would be scaled up to enough for thousands, requiring specialized knowledge in such areas as filters for eliminating impurities and packaging for blood products.

The plan is to run clinical trials as early as next year and receive timely approval from Japanese authorities to use the platelets for real-world treatment as a regenerative medicine product. Actual production would be commissioned to companies with the necessary facilities.