Japan joining with US, India to tap undersea 'fire ice' 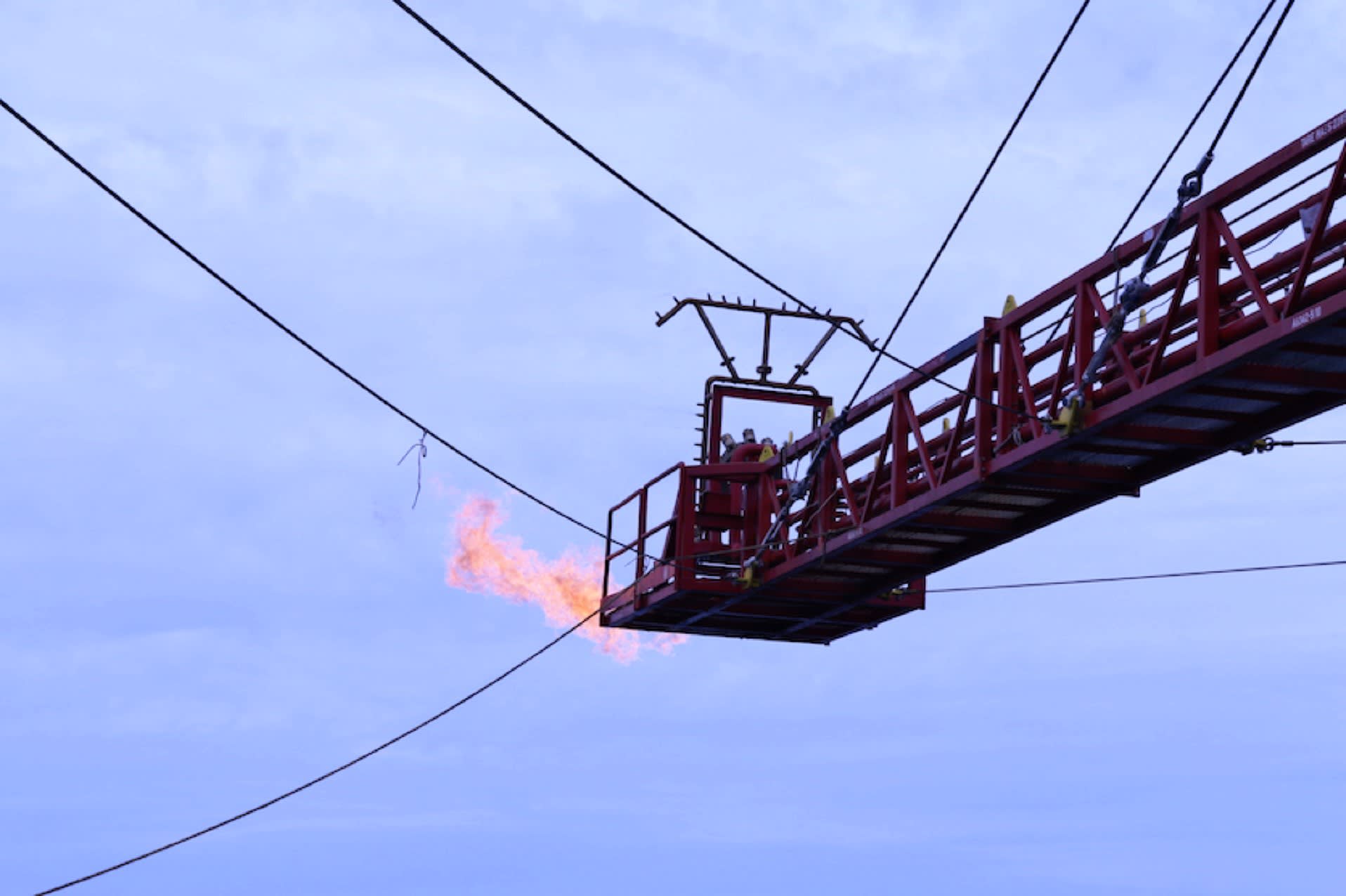 TOKYO -- The Japanese government is revising its plan to commercialize undersea methane hydrate over the 2023-2027 period, shifting to a strategy of working with other nations on a longer time scale.

Methane hydrate contains methane gas and exists as ice-like crystals. Japan has been carrying out tests to extract the material from deep undersea off the coast of the Aichi and Mie prefectures, deploying the Chikyu, a scientific research vessel capable of drilling deep into the seafloor.

Treasure waiting to be tapped

Some estimates suggest that more than 1 trillion cu. meters of methane hydrate, also known as fire ice or burning ice, lie on the eastern side of the Nankai Trough, a submarine formation that extends to the south of the two prefectures and the island of Shikoku. That volume contains enough natural gas to meet the entire country's demand for around a decade.

But no technology to enable stable extraction of the massive undersea methane hydrate deposits yet exists. The tests off the coast of the two prefectures have been marred by a series of troubles.

The first attempt, in 2013, was terminated after six days because sand poured into the undersea well. The second test, which began last month, has also been stopped due to a similar problem. After nearly 20 billion yen ($179 million) was spent, commercial use of the potentially huge energy source is hardly any closer to becoming a reality.

Assessing the situation, the Ministry of Economy, Trade and Industry has decided to modify its strategy and draw up a new blueprint.

Under the new plan, Japan will end its lone efforts and pursue cooperation with others. The country has been spending tens of millions of yen per day on its tests. By working with other nations, it seeks to reduce the cost.

A joint trial with the U.S. to produce methane hydrate on land in the state of Alaska is expected to begin as early as next year. Test production with India off that country's east coast may also kick off in 2018.

The new blueprint will define methane hydrate as an alternative to liquefied natural gas. Based on the assumption that Japan will be paying $11 to $12 per 1 million British thermal units of LNG in the 2030s to 2050s, the plan will set the target production cost for methane hydrate over the period at $6 to $7.

The roadmap calls for Japan to focus on onshore tests in Alaska for four to six years, beginning as soon as next year. Over the next four to five years, the participating countries will step up efforts to develop technology for extracting methane hydrate from deep undersea deposits. The following five years are to be spent laying the groundwork for commercial production. At the same time, the blueprint will spell out the need to review and revise the plans flexibly by reflecting new discoveries and test results.

Because natural gas prices may stay low for some time due to the sharp output increase from the so-called shale gas revolution, public opinion may swing against investing time and money in developing new energy sources. With this in mind, the Japanese government will need to go beyond cooperation with other countries and exploit the country's scientific and technical knowledge to drive development.