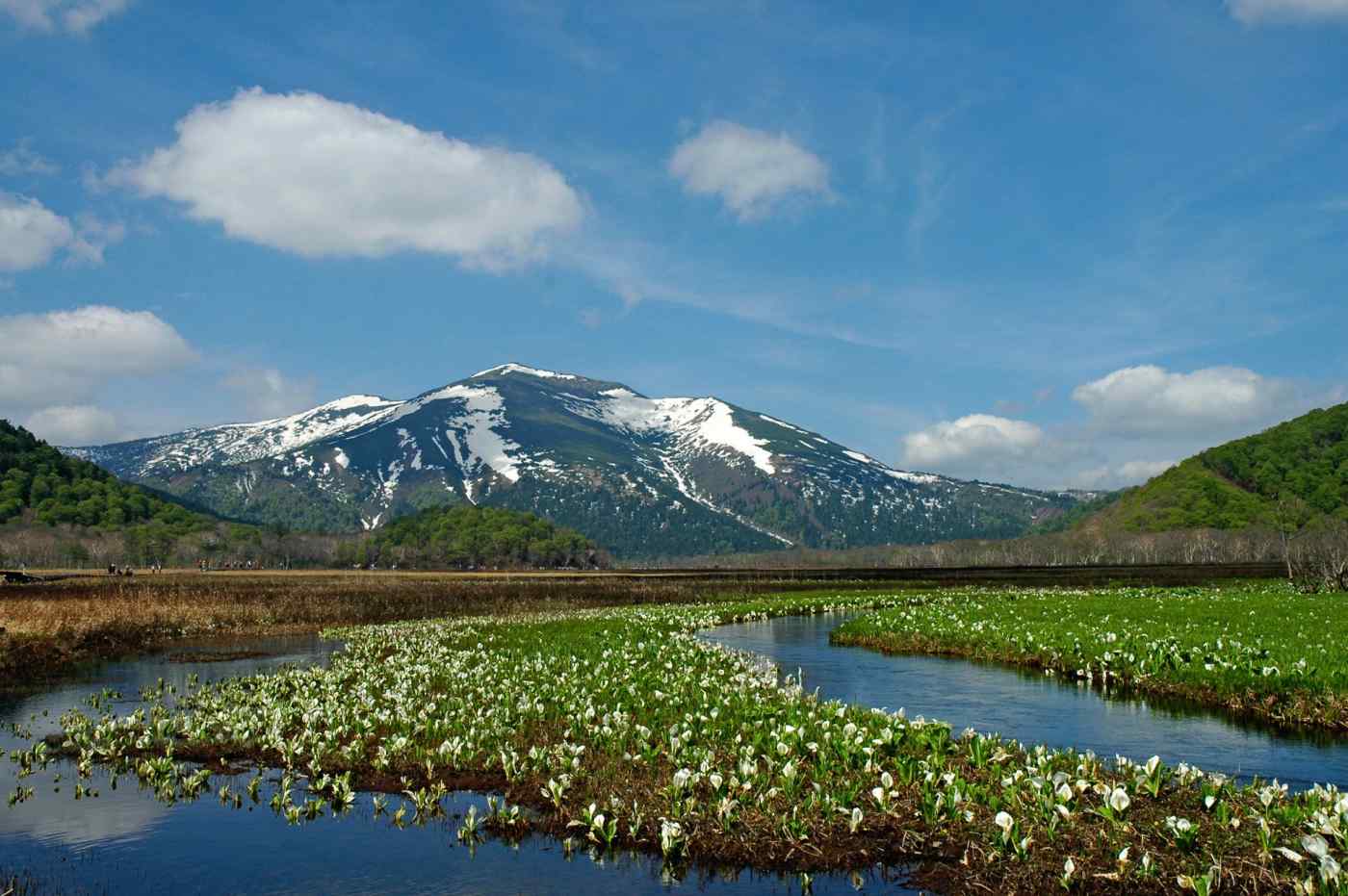 TOKYO -- Japan's Ministry of the Environment is set to launch a series of new programs aimed at drawing more overseas tourists to the country's national parks, including hosting sports events in scenic locations and making areas such as marshlands more accessible.

Tourism is one of the growth strategies being promoted by the Japanese government. The ministry will seek to balance promoting tourism with the protection of natural environments. The aim is to more than double the number of foreign tourists to Japan's national parks to 10 million by 2020.

This summer, about five national parks will be selected for the project. On Monday, Environment Minister Tamayo Marukawa and Akihiko Tamura, commissioner of the Japan Tourism Agency, visited Akan National Park in the remote eastern corner of Hokkaido, one of the locations being touted as a candidate for the program, to consult with the local population. 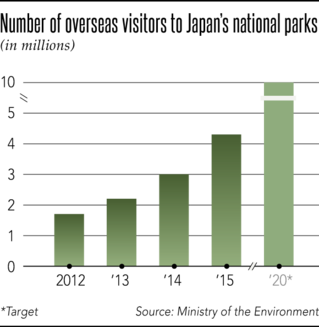 The ministry will also set up a panel of experts to discuss measures, starting in April, to promote tourism at national parks.

The project envisages using the scenic beauty of Japan's national parks as the backdrop to cycling and parasailing events as well as music concerts and movie festivals. The ministry will work in partnership with travel agencies to organize tours combining cultural experiences with the chance to experience the country's natural beauty.

Japan's national parks have traditionally been managed with environmental protection as the main focus. Faced with criticism over failing to make the best use of the country's many areas of natural beauty, the ministry will now shift priority to include the promotion of tourism.

As part of the new strategy, some of the country's most protected areas will be made more accessible to visitors. Until now, many of Japan's virgin forests and marshlands have been closed to the public in order to protect fragile ecosystems, but will soon be open to a limited number of visitors on accompanied tours.

The project will also involve a series of other measures, including raising the number of tour guides, publishing foreign-language brochures and providing Wi-Fi access at the 55 visitor centers under government management.

Lastly, the government will enlist the help of hotels inside national parks.

Commercial facilities can be built inside national parks provided they meet certain legal requirements. For example, there are a number of hotels and other facilities within Fuji-Hakone-Izu National Park, which lies southwest of the capital and is home to perhaps the country's most iconic landmark in Mount Fuji.

The ministry allows businesses to operate inside national parks in accordance with its strategy. But as there are not yet any specific standards for conference rooms and halls in hotels as well as restaurants and other commercial facilities, the ministry will begin setting out a framework to encourage commercial services within national parks.

The number of foreign visitors to Japan's 32 national parks has increased significantly in recent years, totaling 4.3 million in 2015, according to the ministry.

In many ways it appears that Japan has taken its lead from the U.S., which has successfully attracted more visitors to places such as Yellowstone National Park while maintaining a strong focus on environmental protection.

Based on data compiled by the tourism agency, the ministry estimates that an increase in the number of foreign visitors to Japan's national parks to 10 million a year will be worth approximately 1 trillion yen ($8.93 billion) to the country's economy.