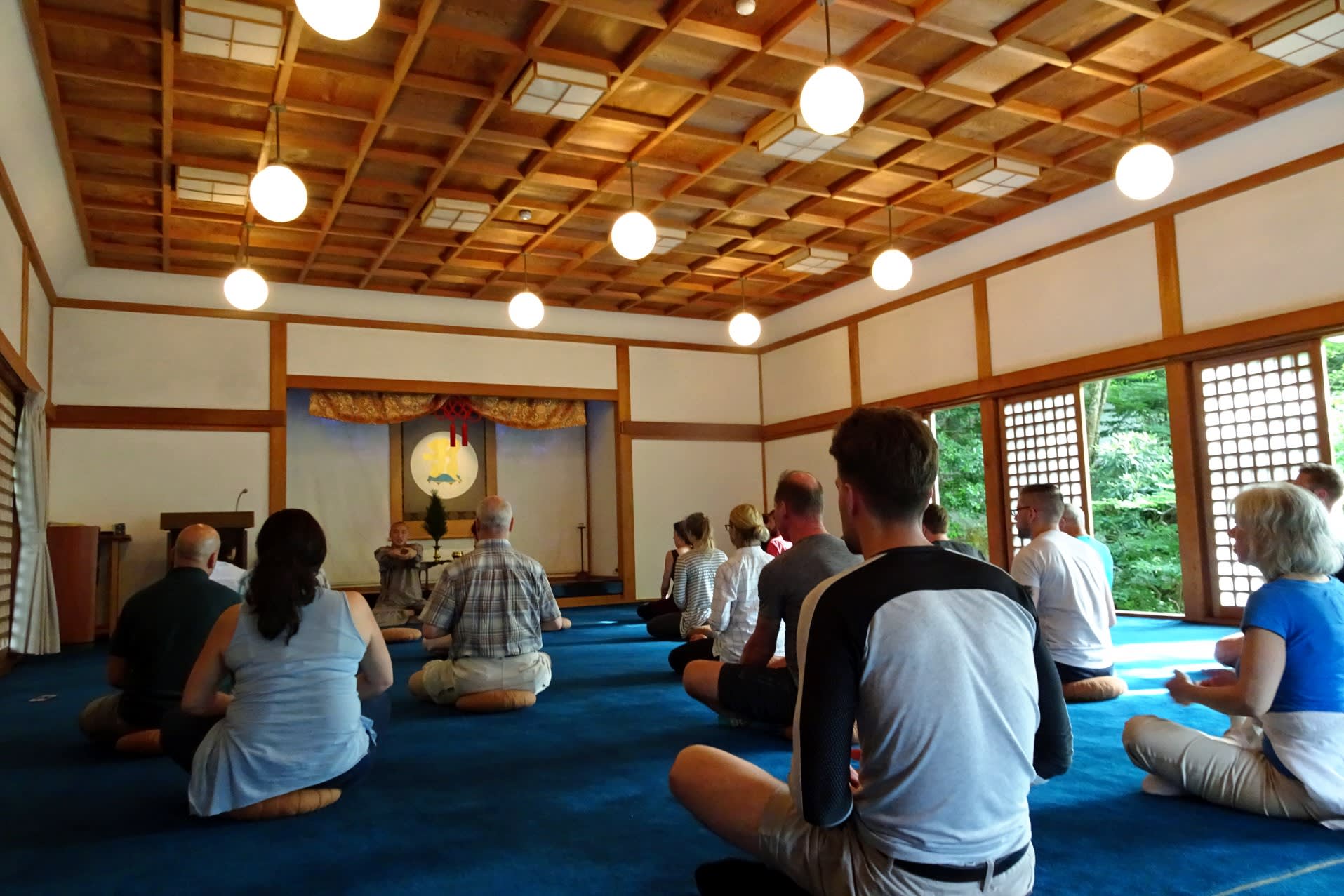 Even holy places have bills to pay, and with traditional sources of income rapidly shrinking, temples in Japan are looking to tourism to make ends meet.

To cash in on the recent surge in overseas visitors to the country, a number of temples are offering experiences and amenities tailored to foreign tastes.

On a recent summer day, at a temple located in the forest of the famous Koyasan holy mountain area of Wakayama Prefecture, 20 or so people sat meditating, legs crossed, on the tatami mat floor. "This particular breathing method can help reduce your anger and sadness, and calm you down," a priest told the participants.

It is the sort of scene anyone would think of when imagining Buddhist temples in Japan. What is unique is that the priest was speaking in English, and most of the practitioners were foreigners staying in the temple's lodging facility.

Some struggled to maintain their cross-legged posture, while others seemed to grow a trifle bored with just sitting still, but in the end, they all seemed to enjoy the rare experience of staying in a temple. "I like being here, surrounded by quiet, rich nature and having shojin ryori (Buddhist cuisine)," said a 60-year-old American who came with his wife and their son.

According to the Ekoin temple, 60% to 70% of its guests come from overseas. While the entire Koyasan area is seeing a sudden boom in foreign visitors, this particular temple is proving especially popular. A big reason is the temple's focus on making foreign guests feel welcome, with a range of services provided in English.

Ekoin runs an English website, and reservations for lodgings can be made through travel websites such as Expedia. Overnight guests can participate in a number of activities unique to temples -- from the morning service to a fire ritual called Goma to meditation sessions. A night tour takes visitors to the cemetery at the back of the temple where the holy area's founder, the priest Kukai, also known as Kobo Daishi, is worshiped. Explanations and guidance during these activities are provided in both English and Japanese. Guests also have free access to WiFi and complimentary coffee.

The Koyasan area boasts 117 temples and 52 locations for lodgings. In decades past, priests and worshipers from temples across the country flocked to the area, coming in droves by large chartered buses. But the number of domestic visitors began dropping sharply after peaking in the 1980s. 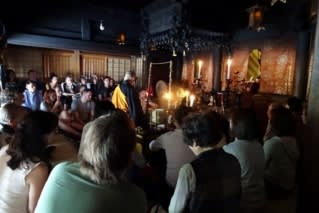 The uptick in foreign visitors is a boon for temples looking for new sources of income.

But Kyosan's fortunes are changing once again. Foreign tourists began pouring in after the area was added to the list of World Heritage sites in 2004 as part of the "Sacred Sites and Pilgrimage Routes in the Kii Mountain Range." Adding to its appeal, Koyasan was also awarded three stars from renowned Michelin Green Guide Japan.

According to the association of temple lodgings, or shukubo, in Koyasan, the number of foreign tourists to the area began to really take off sometime around 2013 and soared almost threefold over the three years to 2016. French visitors account for the largest portion of all visitors, followed by those from the U.S. and Germany.

Temples in other regions are likewise stepping up their ability to accommodate foreign visitors. Eiheiji, a temple in Fukui Prefecture, is preparing to open a lodging in 2019 in partnership with tour company Fujita Kanko. Shukubo traditionally consist of large rooms meant to be shared by several lodgers, but the new facility will have separate rooms and English-speaking staff.

Changing with the times

Still, the financial outlook for many temples is far from rosy. According to a Cabinet Office survey, individual temples and other religious bodies earned an average of 20.2 million yen ($182,292) for the year through March 2016, down almost 40% from 1994. Temples, especially those in suburban areas, typically have fewer parishioners, known as danka in Japanese, than before. Donations, as a result, are dwindling, too.

In addition, changing mindsets and lifestyles in Japan mean people today tend to prefer simpler funerals and ceremonies for remembering deceased relatives. As a result, priests now have far fewer opportunities to offer their services.

Moreover, the traditional system in which a parishioner belongs to a particular temple is slowing disappearing as more people live and work away from their hometowns, where generations of their families are usually buried. Every year some 90,000 households relocate their family graves from their hometowns to somewhere closer to their current residence.

These changes have diluted the connections between temples and their parishioners, making sources of income other than ceremonies and rituals vital for their financial survival.

But unlike proceeds from religious activities, income earned from secular pursuits, like tourism, is subject to taxation. The challenge for temples today is finding ways to make money while maintaining their connections to the community.