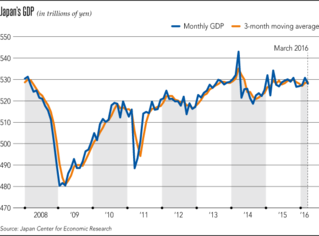 Growth occurred in other areas, including a 0.1% uptick in capital spending, a 3.5% jump in housing investment and a 1.3% rise in exports. But this did not fully compensate for the decline in consumption, which accounts for 60% of GDP.