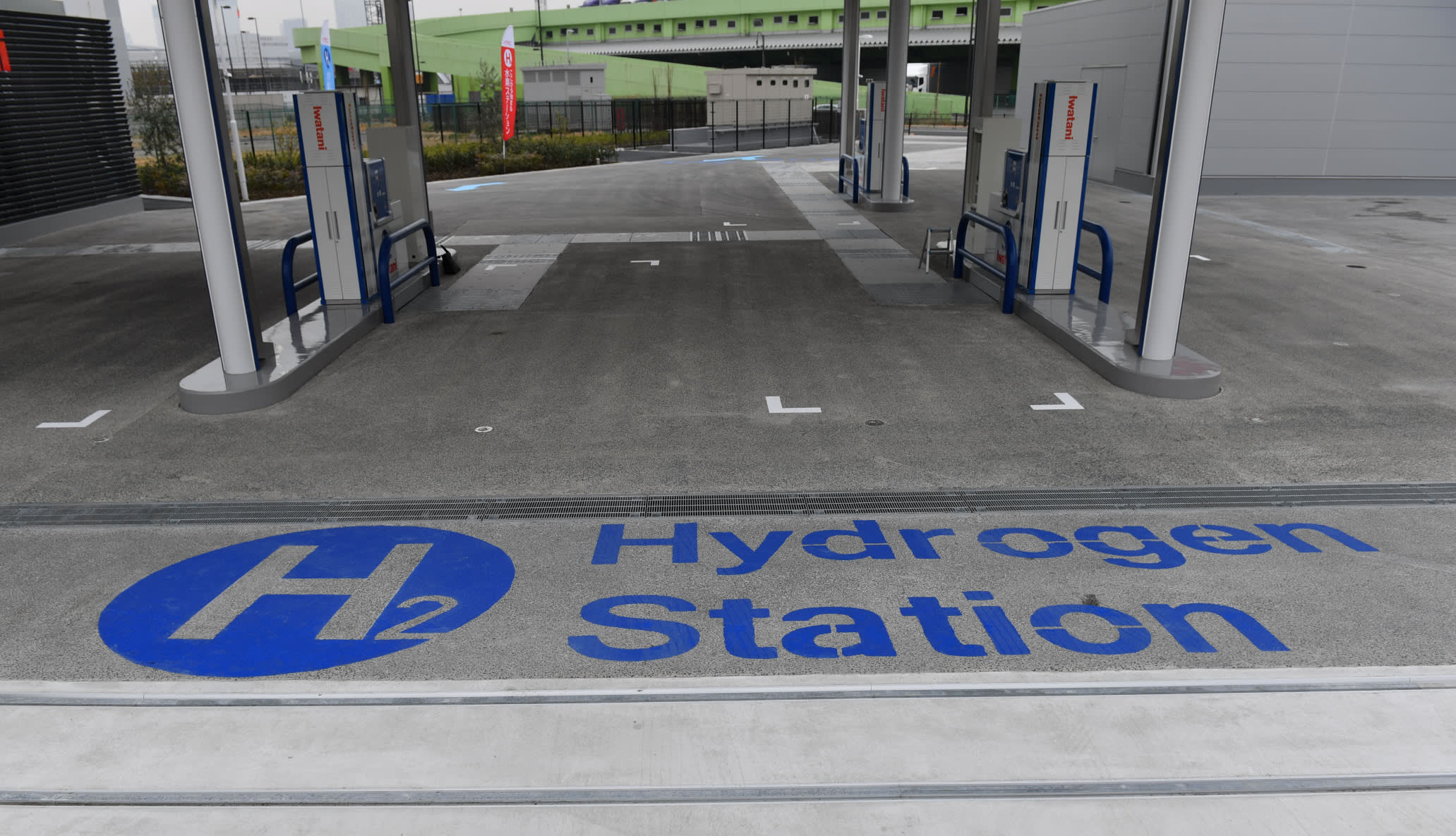 TOKYO -- Japan will ease up on regulations on hydrogen stations for fuel cell vehicles, making the refueling points less costly to set up and operate in hopes of helping the environmentally friendly cars catch on.

By fiscal 2018, the Ministry of Economy, Trade and Industry will revise about 20 points in rules governing the facilities. While the government is hurrying to support electric vehicles, it also aims to lay the groundwork for the long-term growth of their hydrogen-powered cousins.

Next-generation green cars are sweeping Europe and other regions, with the U.K. and France announcing in July that they will ban sales of fossil-fuel vehicles by 2040 and China considering following suit. Electric vehicles are at the forefront of that wave. But they have certain shortcomings, including relatively short operating distances, so governments are stepping up subsidies such as purchasing incentives to promote their spread.

Automakers have been slower to develop and release fuel cell vehicles than electric ones, and apparently sales of the hydrogen-powered autos have not broken 2,000 in either Japan or the U.S. But while electric vehicles require about 40% fewer parts than gas-powered cars do -- a fact that bodes ill for existing component makers -- fuel cell vehicles take more parts than electric ones, and can run for greater distances to boot.

For fuel cell vehicles to catch on, an extensive network of hydrogen refueling stations will be indispensable. As of the end of August, Japan had 91 such stations. The government aims to have 160 up and running by fiscal 2020 -- the year Tokyo hosts the Summer Olympics -- and to have 320 by fiscal 2025.

Hydrogen stations are costlier to operate than gas stations, so industry groups are calling for a relaxing of regulations.

One step will be lowering operating costs by loosening the requirements for station supervisors. Those supervisors currently must have experience at a facility that handles hydrogen, but in the future, experience with natural gas and other high-pressure gases will suffice. Stations will also no longer be required to have an employee who takes down cars' license plates and keeps track of who buys hydrogen, a change that should cut labor costs.

METI will also rethink requirements for the facilities themselves. Some localities require stations to have roofs for keeping hydrogen storage vessels out of direct sunlight, but the ministry will waive that requirement as long as certain conditions are met, such as having the vessels' temperature controlled. It will also reevaluate safety standards by fiscal 2019, incorporating the latest technology and knowledge to avoid overly strict rules.

Fuel cell vehicles have more to overcome than just regulations, however. For starters, they must reach palatable prices. Nissan Motor's redesigned Leaf electric vehicle, announced Sept. 6, will cost somewhere in the 3 million yen range, while a fuel cell car from Toyota Motor goes for more than 7 million yen. Subsidies and other incentives exist, but the price gap yawns wide. METI will be hard-pressed to reach its goal of 40,000 of the vehicles on the road by 2020.