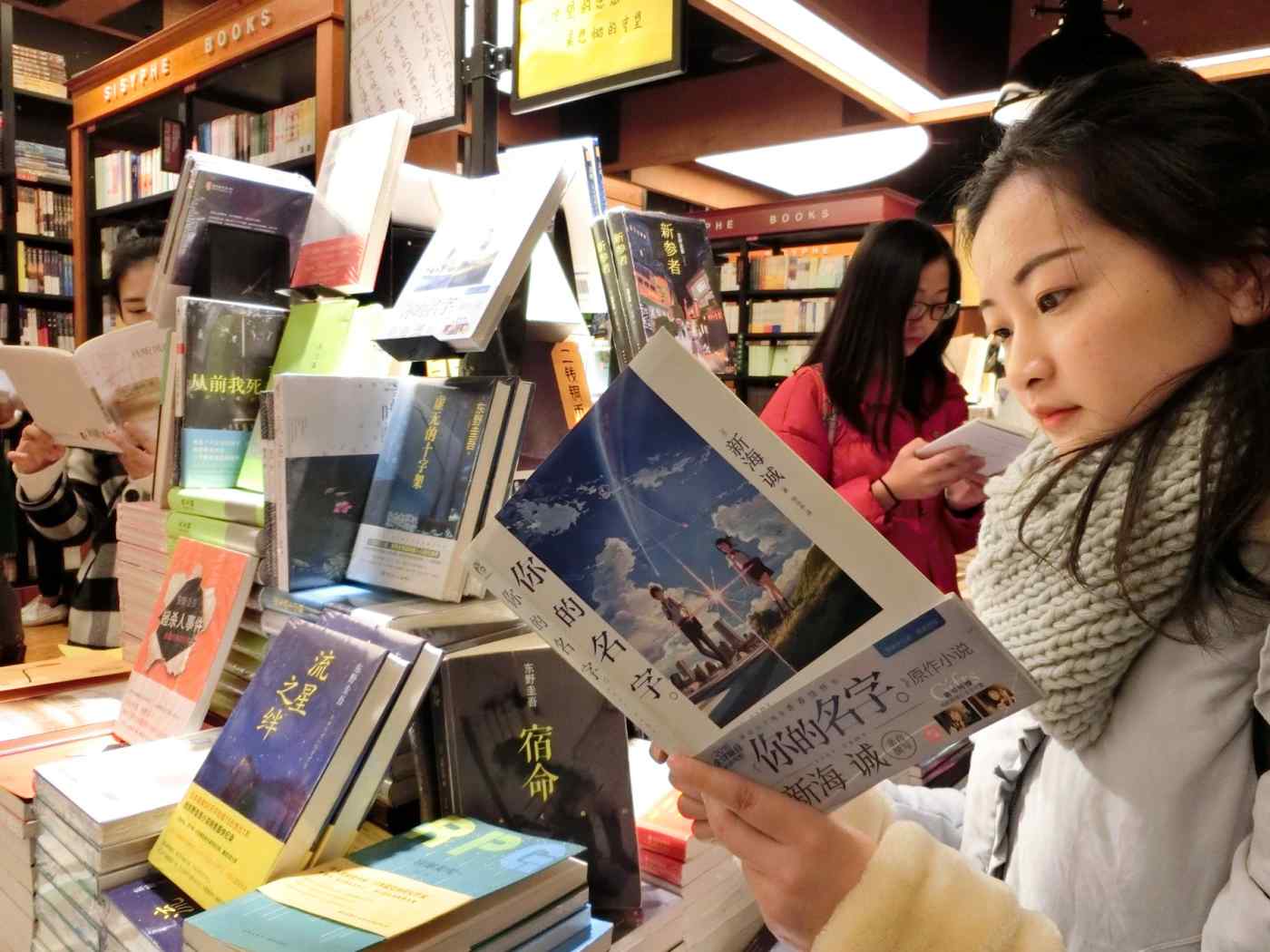 TOKYO/CHONGQING, China -- Despite their many differences, Chinese and Japanese clearly have similar sensibilities. Otherwise, how can one explain the success of the Japanese novel "Miracles of the Namiya General Store," which tops the list of Amazon China's bestselling paper books for January-June?

Second and third on the list are "We Three," by Yang Jiang, and "Homo Dues: A Brief History of Tomorrow," by Yuval Noah Harari.

"Chinese people have a strong curiosity and longing for things from abroad," said one Chinese book editor. "Miracles of the Namiya General Store" -- a 2012 work by Keigo Higashino, 59 -- ranked second on the digital bestsellers list. The story takes place in an abandoned grocery store in the outskirts of a far-flung commuter town. The shutters have been kept shut since the death of the owner long before. But people still drop by the empty store. It is rumored that personal counsel is provided for troubled people who slide messages through the mail slot in the shutters.

Replies come from the future.

"Chinese people can identify with the characters in Japanese novels," Yi added.

China's average income per capita is about $8,000, compared to Japan's $39,000, but it's well above $10,000 in coastal regions, bringing people's lifestyles increasingly in line.

Political rapprochement has also eased access to Japanese culture in China. There is no longer anything awkward about publishers releasing Japanese titles or bookstores placing Japanese books on their shelves.

Things probably wouldn't have been like this in 2010-12, when bilateral tensions were at their peak over a territorial dispute in the East China Sea and amid nationwide anti-Japanese demonstrations.

The two countries' leaders -- Xi Jinping and Shinzo Abe -- have met every year since 2014, despite their disagreements over issues including China's attempt to control the South China Sea and its relationship with North Korea.

At Sisyphe Park Books & Up Coffee in Chongqing, southwest China, Japanese titles are piled high on a table. "Among foreign titles, Japanese books sell the best," a clerk said.

Thinkingdom Media, the Beijing-based publisher of Higashino's works, has published 45 of them since 2009 and has sold a total of 16 million copies of them in China. "Miracles of the Namiya General Store" alone has sold more than 4 million copies, the publisher said.

So far, Thinkingdom Media has released almost 2,000 Japanese titles, including picture books. Sales of these books are growing at 15% per year, said Zhang Ling, the company's director for publishing rights.

According to Dangdang.com, a Chinese online bookseller, 12 Japanese titles made it into the top 100 last year, including four works by Higashino; "Totto-Chan: The Little Girl at the Window," by Tetsuko Kuroyanagi; "Baby Bear Picture Book," by Yoko Sasaki; and "A Compass to Fulfillment," by Kazuo Inamori.