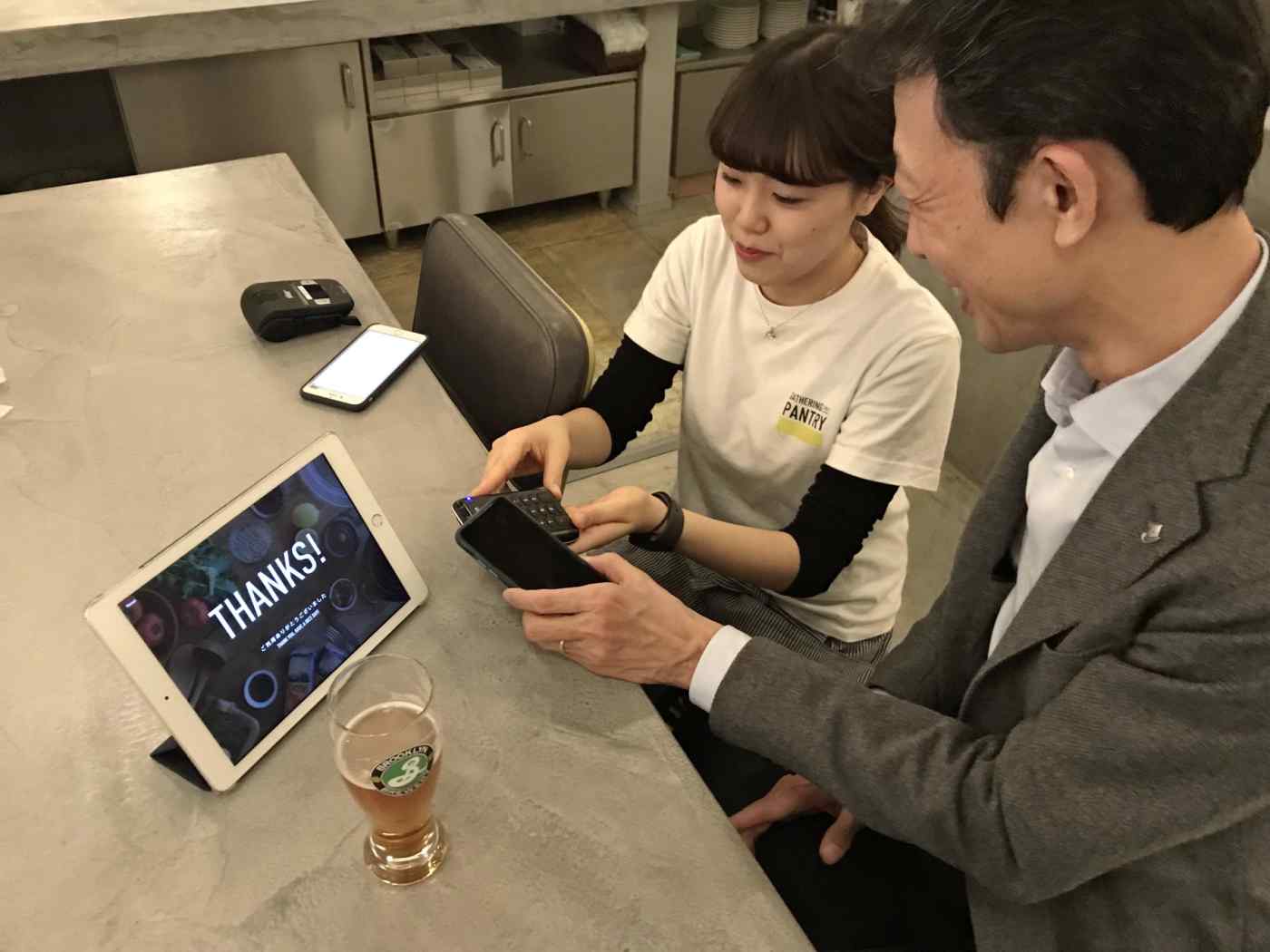 TOKYO -- A new restaurant that opened recently in central Tokyo's Chuo Ward does not want your cash.

At the establishment, with the unlikely name of Gathering Table Pantry Bakurocho, customers pay with e-money or credit cards using terminals provided by employees. Payments are quick and efficient, and the time the restaurant spends closing its till for the day is now 30 minutes shorter.

"I don't have to stand in line at the checkout counter. It's easy and convenient," said a 63-year-old man who recently visited the restaurant, where he used a rechargeable commuter card to pay 1,400 yen ($12.60) for a light meal and coffee.

It is a good sign that Japan's long-awaited shift toward a cashless society is finally underway, driven by a labor crunch in the food services and retail industries, and a sharp rise in foreign tourists to the country.

Cashless payments could even emerge as a new driver of economic growth, thanks to widespread use of smartphones and electronic money. 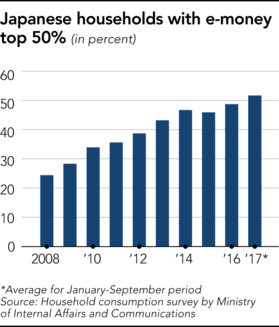 According to one estimate, a 20% rise in the percentage of cashless payments in Tokyo alone would have an economic impact worth more than 2 trillion yen.

But this transformation is still in its early stages, and Japan has far to go to be a truly cashless society. The percentage of cashless payments was only 20% in 2016, the latest year for which figures are available. That is dwarfed by comparable figures for China and South Korea, both of which exceed 50%.

The Japanese government has set an ambitious target of doubling the percentage of cashless payments to 40% over the coming decade as part of efforts to move away from being so heavily dependent on cash.

According to a study sponsored by the major credit card company Visa, the costs of counting and transporting cash would fall by around 5.4 trillion yen if the percentage of cashless payments in Tokyo -- including business-to-business transactions and payments by the national government -- rose by 20%.

After deducting the cost of developing the infrastructure, Tokyo would see an net economic effect of about 2.2 trillion yen, the study found. In a survey, the Japan Tourism Agency found that the limited use of credit cards was the third-biggest headache for foreign visitors, after language and internet access. Some foreign visitors were unhappy that so many shops do not accept credit cards.

According to a study commissioned by Visa, consumption by foreign tourists would increase by about $270 each if credit cards were to become significantly easier to use. But if the situation remains unchanged, Japan will miss out on potential spending of over 1 trillion yen -- even if the government's tourism goals are reached.

The groundwork for such a transformation is already in place. Japan's smartphone market penetration rate exceeds 70%, and the percentage of households using e-money surpassed 50% for the first time in 2017, double the level of a decade earlier, according to figures from the Ministry of Internal Affairs and Communications.

According to a Bank of Japan survey on payment trends, the number of mobile phones in the country that can be used for e-money payments surpassed 32 million in October 2017, compared with about 8.5 million at the end of 2007.

The average monthly amount of e-money used by households has doubled in the last 10 years, to about 16,000 yen.

More places are accepting e-money, and there is an expanding range of payment options.

According to surveys by internet research company MyVoice Communications, the popularity of IC cards issues by retailers has been rising, with around 30% respondents using such cards in the last year.

Analyzing the data gathered from cashless payments could lead to new retail services and revitalize of the economy, said Daisuke Tanaka of Nomura Research Institute.