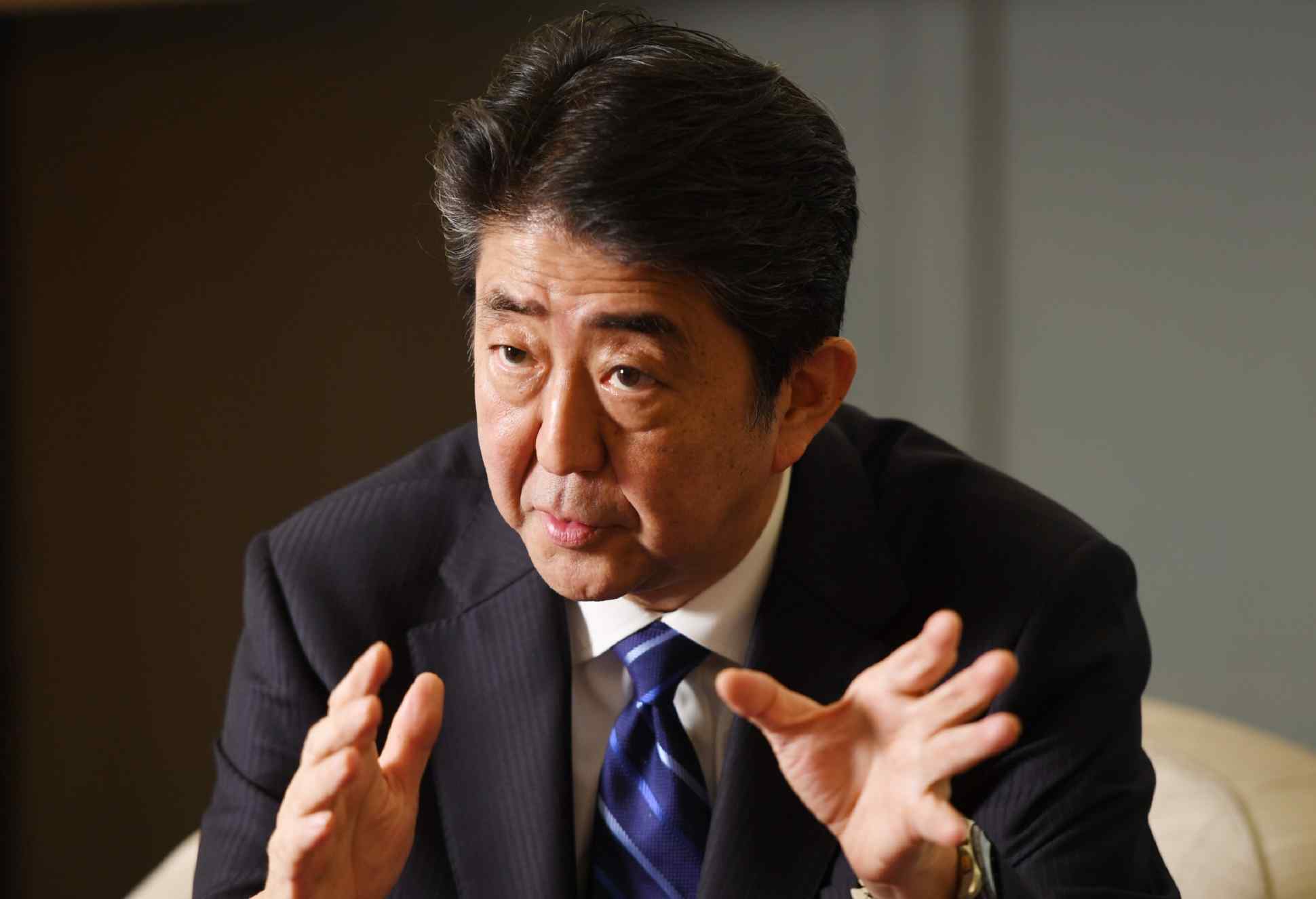 No dialogue with North Korea without denuclearization, Abe says

TOKYO -- A North Korean commitment to going nuclear-free is a prerequisite for starting talks with the country, Japanese Prime Minister Shinzo Abe told The Nikkei and the Nikkei Asian Review in an exclusive interview on Tuesday.

"We think, in the end, [the North Korean] problems should be solved through diplomatic dialogue," he said after the United Nations Security Council unanimously approved tougher sanctions against Pyongyang. But for now, he said strong pressure on the North is important.

Citing the new sanctions, he said, "Implementing and demonstrating what the international community decided will push North Korea to change its policies."

North Korea must commit to "perfect, verifiable and irreversible denuclearization"

Visiting the North under the current circumstances would be "meaningless," he said, reiterating, "Now is the time for the international community to collaborate on pressure."

As for Japan's relationship with China, which he hopes to restore, the prime minister said a three-way summit including South Korea would be a key step forward. Abe said Japan is working to coordinate such a meeting this year -- "as early as possible."

"Hosting the summit would bring Chinese Prime Minister Li Keqiang to Japan," Abe said. "The next step would be my visit to China, and then I hope President Xi Jinping would come to Japan. ... By having the top leaders visit each other, I want to advance the Japan-China relationship."

The state of Abenomics

The 30-minute interview, held at the Prime Minister's Office in Tokyo, also touched on Japan's economy and the failure to meet the Bank of Japan's 2% inflation target. Abe says he intends to go ahead with a consumption tax hike in October 2019. (Photo by Masayuki Terazawa)

"As the government, we expect the BOJ to continue efforts to meet the target," Abe said. "It is important to reach a stage where inflation rises above 2%, and the BOJ is convinced inflation is continuing steadily."

Still, Abe said the BOJ's policies have buoyed employment, noting that the jobs-to-applicants ratio for regular positions hit a historic high of 1.01 in July.

"I completely trust Gov. Haruhiko Kuroda," he said. "I want to continue accelerating Abenomics with the government and BOJ working together."

Though Kuroda's five-year term ends next April, Abe declined to comment on personnel matters. Regardless of who is in charge, he said he wants the central bank to focus on monetary policies geared to "achieving the inflation target the government and BOJ decided."

Regarding his own economic policies, the prime minister said he has not changed his plan to raise the consumption tax to 10% in October 2019, from the current 8%. The tax hike is "needed to usher the social welfare system to the next generation, and to secure Japan's credibility with the market and the international community."

Asked whether he intends to seek reelection as the leader of his Liberal Democratic Party next September, Abe said only: "I still have a year left in office. I think it is important to do what I should do and make achievements in this one year."

Abe denied speculation that he might call a snap general election this year, to catch opposition parties at a moment of relative weakness. "I'm not considering a dissolution [of the lower house] at all," he said.

Meanwhile, the clock is ticking on one of Abe's central policy goals: amending Japan's pacifist constitution. Still, he said his previously stated target of 2020 is not fixed. "Deep, nationwide discussions are important."