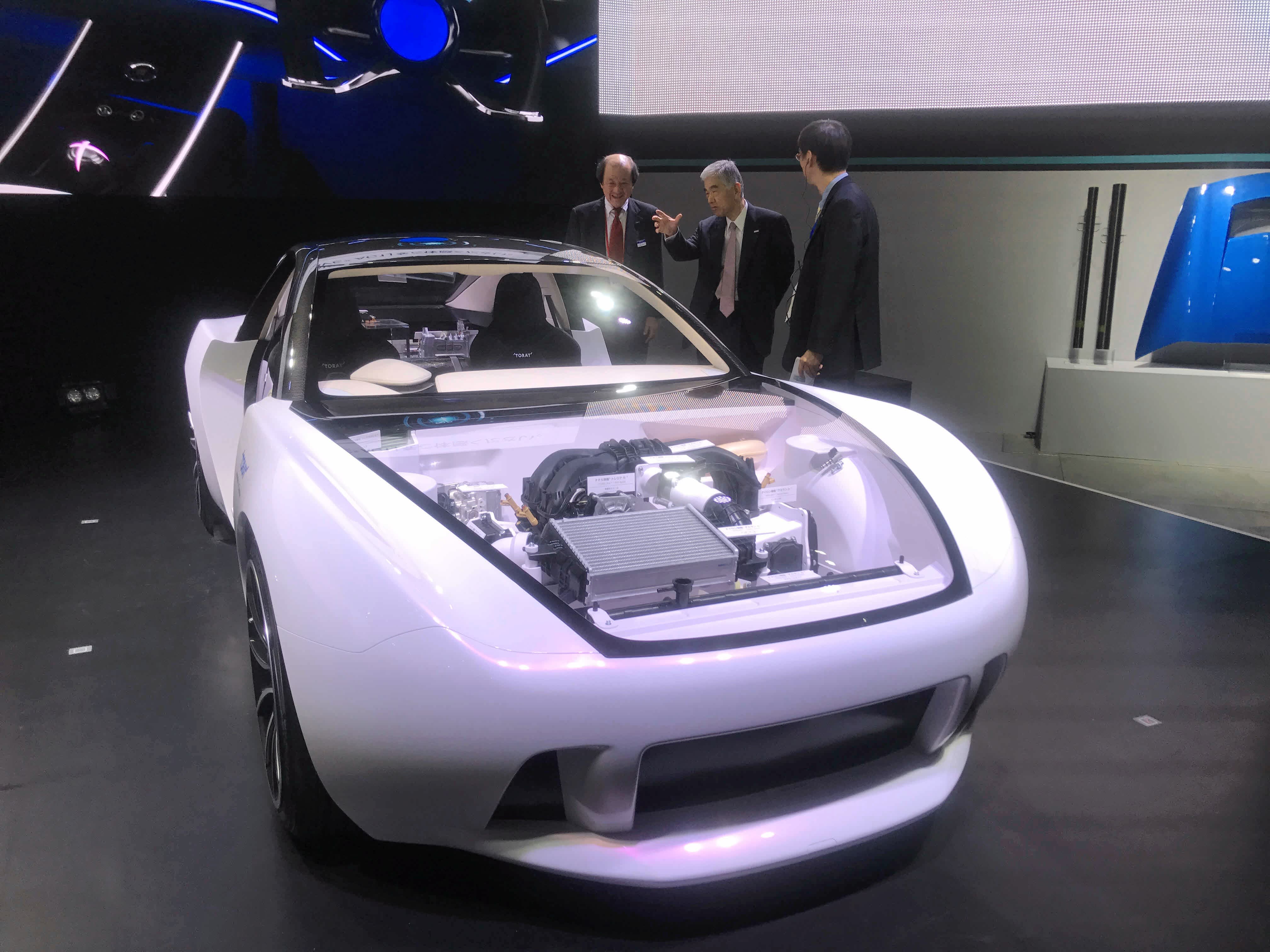 TOKYO -- Toray Industries aims to capture the expected surge in demand for carbon fiber, devoting about 1 trillion yen ($8.86 billion) to capital investments and acquisitions over the three years starting in fiscal 2017.

The Tokyo-based company holds the world's leading market share in carbon fiber, demand for which is expected to surge as nations carry out the Paris climate agreement. The material, which is 10 times stronger than steel yet weighs only one-fourth as much, is expected to find more use in aircraft and automobiles, as it will boost their fuel efficiency. The global market for carbon fiber-reinforced resins is seen nearly tripling between 2014 and 2025.

Toray's 1 trillion yen in spending, part of its three-year business plan through fiscal 2019 to be finalized this month, represents an 80% increase from the three years through March. The company aims to expand group operating profit by 60% from the fiscal 2016 forecast to 250 billion yen in fiscal 2020.

About 500 billion yen will go toward capital investments, mainly in foreign markets. Toray will spend 100 billion yen on a new carbon fiber plant in the U.S. state of South Carolina, set to begin partial operations in fiscal 2017. With automakers in Japan, the U.S. and Europe increasing production of electric cars, Toray will bolster output of related parts. In South Korea, the company will step up production of separators for lithium-ion batteries, a core component of the vehicles.

In addition, Toray intends to boost production of air-bag fabrics and materials for disposable diapers, which are growing more popular in Asia.

The Japanese company likely will spend the other 500 billion yen on acquisitions. Toray will even consider deals reaching 100 billion yen to help expand its businesses in carbon fiber, fabrics, resins and films, medical equipment and other areas.