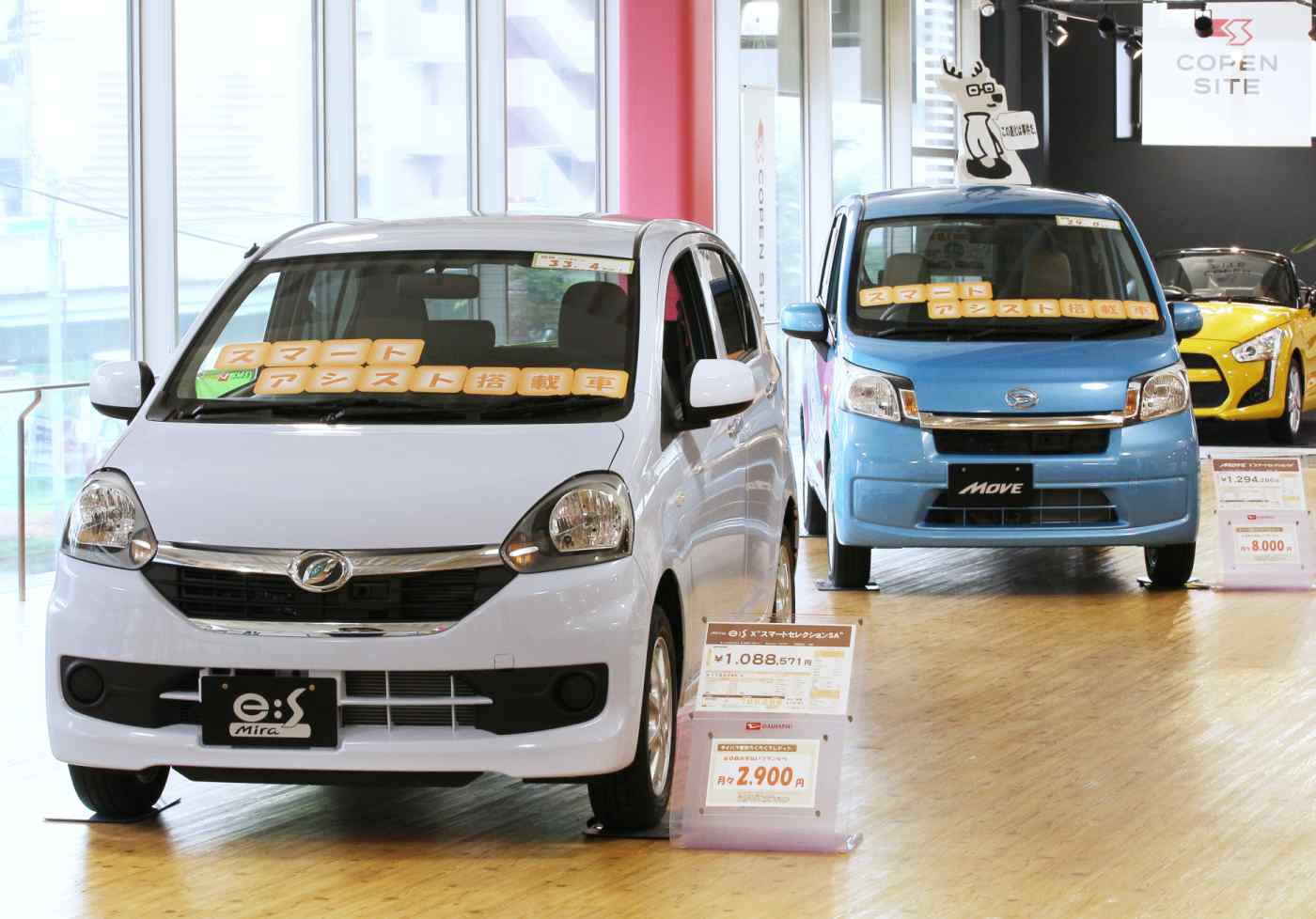 Toyota plans to keep the Daihatsu brand on minicars and other vehicles.
January 27, 2016 05:23 JST | Japan
CopyCopied

TOKYO -- Toyota Motor plans to make Daihatsu Motor a wholly owned subsidiary through a stock swap, aiming to consolidate small-car development and production within the group to better compete in emerging markets.

Toyota currently owns 51.2% of Daihatsu, whose market capitalization stands at around 630 billion yen ($5.31 billion). It plans to parcel out treasury stock to Daihatsu's shareholders to acquire all of the smaller company's shares as early as the first half of this year. It may let others hold partial stakes. Daihatsu's effective conversion to a wholly owned subsidiary would likely lead to its delisting from the Tokyo Stock Exchange.

Toyota entered a business tie-up with Daihatsu in 1967 and took a majority stake in 1998. The two automakers work together on development, mainly of small vehicles in Japan. Daihatsu began producing Toyota-branded minicars in 2011. The partnership has been extended overseas, with Daihatsu building vehicles in Indonesia to supply to Toyota.

Toyota used share exchanges to convert automobile body makers Toyota Auto Body and Kanto Auto Works into wholly owned subsidiaries in 2012. By doing the same with Daihatsu, which handles finished-car production, Toyota aims to lower purchasing costs by standardizing parts that had been procured separately. It will also be better positioned to avoid duplication in its product lineup, improving flexibility.

Toyota plans to keep the Daihatsu brand on minicars and other vehicles. The two automakers' overseas relationship will be broadened beyond Indonesia into China and other emerging economies. Although Daihatsu bowed out of China in 2010, a recent strategic shift has seen it looking abroad to compensate for a shrinking domestic market, including supplying automatic transmissions to China FAW Group. It will consider using Toyota's overseas sales network to market jointly developed cars.

Toyota's market share in major emerging economies such as China, India and Brazil is a mere 5% or so. While the automaker has been beefing up operations in these markets, including with the 2010 rollout of the independently developed Etios, rivals such as Volkswagen and General Motors have pulled far ahead. Toyota aims to adopt technology for low-cost production cultivated by Daihatsu while improving its showing in emerging markets that have long been a challenge.

Toyota's annual worldwide group sales broke above 10 million vehicles for the first time in 2014 and are expected to hit 10.11 million vehicles in 2016. But the U.S. market that has driven this growth is cooling, forcing Toyota to diversify an earnings base that relies heavily on the country.

Daihatsu, which holds a roughly 30% share of the domestic minicar market, depends on Japan for much of its earnings. Minivehicles, which are inexpensive to maintain, are increasingly popular in Japan, accounting for 40% of new-car sales of late. But competition has escalated in a market that had been dominated by Daihatsu and Suzuki Motor, with Honda Motor's N series selling well. The April 2014 consumption tax hike and a higher tax on minicar ownership have also eroded the profitability of the business.