Cars await export at a port in Yokohama on Dec. 18. If BOJ Gov. Haruhiko Kuroda can keep the yen weak and not bow to pressure to tighten monetary policy, the export opportunities will create a boon for Japanese companies.   © Reuters
January 5, 2015 19:00 JST | Japan
CopyCopied

This is a tough time to be a proponent of tax increases in Japan. In 1997, after a very successful fiscal stimulus, Japan raised taxes, and the economy was thrown into a major recession. In April 2014, Japan raised taxes again and converted a weak recovery into a serious recession.

Surprisingly, some people called for yet another tax increase, but, wisely, Prime Minister Shinzo Abe chose to postpone that decision. To those who criticize him for being inconsistent, Abe could easily employ John Maynard Keynes' famous retort: "When I find new information, I change my mind; what do you do?"

Although the recent election helped solidify the prime minister's hold on power, two questions remain unanswered: Why is it that Japanese tax increases are associated with such negative economic performance, and how is Abenomics going to pull Japan out of a seemingly inevitable fiscal crisis? To answer these questions, we need to spend a little time precisely defining what the problem in Japan is.

First, on the fiscal level, I have long argued that we need to work with the right numbers. On the face of it, the problem looks terrifying. The flow of funds data reveals that Japan's gross government debt stands at 1.177 quadrillion yen ($9.79 trillion), or about 243% of gross domestic product. That number isn't very useful for understanding the problem for two reasons.

Yet even this number overstates the problems of the Japanese government. The first "arrow" of Abenomics focused on monetary policy, and Bank of Japan Gov. Haruhiko Kuroda has been particularly adept at implementing it. As a result, the BOJ owns a large share of the outstanding government bonds. Since the central bank could, in principle, forever hold its current stock of JGBs, the government need not worry about how it is going to repay these bonds. If we consolidate the BOJ's balance sheet with that of the government, we find that the net liabilities of the government stood at only 80% of GDP in June of 2014: one-third the gross-debt number.

In other words, the government has a lot of assets to cover its liabilities, so in the event of a crisis, it wouldn't need to finance anything close to the official gross or net debt numbers. This doesn't mean there can't be a crisis. If Japanese interest rates suddenly jumped to 8% (about the level Greece is paying now), taxes would have to rise substantially to cover the shortfall. But it's pretty clear that this wouldn't bankrupt the Japanese government.

The fact that JGB rates remain low means many continue to bet that the government is going to pay off its debts without resorting to a default or a significant inflationary period. A more likely response to a crisis would be some form of financial repression -- for example, requiring some institutions to hold JGBs -- coupled with the sale of some public enterprises, as well as tax increases and spending cuts.

As these numbers make clear, Japan's problem is not the current level of debt but the future path of government expenditures. Certainly, many have claimed that Japan has shifted toward a path of debt growth that is not sustainable.

One way to assess this is to see how Japan's debt has grown relative to what one might have expected if growth were sustainable. Many economists have been predicting a Japanese financial crisis for decades, but at least two did not. Back in 2004, Christian Broda and I wrote a paper, "Happy News from the Dismal Science: Reassessing Japanese Fiscal Policy and Sustainability," in which we forecast what Japanese government net liabilities would be in 2015 if the country's fiscal policy was sustainable. We forecast that the net liabilities in 2015 would be 84% of GDP, which is right on track given the 80% number for June 2014.

If anything, debt growth seems to be slower than what we predicted. At the time, we were roundly criticized for not taking Japan's fiscal crisis seriously, but the estimates seem to have held up pretty well. Thus, the lack of a crisis is no mystery. Reasonable estimates of how Japan would deal with its fiscal situation were fairly accurate in forecasting both the rise in Japanese debt and the absence of a financial crisis.

One major reason why Japan's debt levels have not risen faster is that while Japanese growth has been low, its interest rates have also been low. Because tax revenues move closely with economic growth, the fact that Japan has been able to avoid big interest charges has contributed to its ability to avert a fiscal crisis. Again, this situation could change if markets suddenly demanded higher interest rates on Japanese bonds, but this doesn't have to happen, especially if Japanese growth picks up. Thus, restoring growth is critical for Abenomics both because it will improve the fiscal situation and because it will make tax increases easier to sustain.

But how can Abenomics raise growth in the near term? Many point to structural reforms that Abe is pushing. Some, like promoting women's advancement opportunities, loosening immigration restrictions, and pushing forward with trade liberalization are likely to raise incomes in the long run. However, the effectiveness of these reforms is measured in years, if not decades. This doesn't mean they shouldn't be done -- about 20% of U.S. productivity growth can be attributed to the country's progress in reducing gender and racial inequality -- but one needs to realize that change like this will have minimal short-term effects.

If structural reform is unlikely to produce changes in the near term and fiscal policy is likely to remain restrained, we need to think about whether monetary policy can actually boost Japanese growth. Here, I remain optimistic. One of the principal impacts of Japan's looser monetary policy has been on the yen. Since Abe became prime minister and appointed Kuroda as BOJ governor, the yen has depreciated from just under 80 per dollar to around 120 per dollar -- over 50%. In other words, within just two years, monetary policy has driven Japanese labor costs down by a third relative to those in foreign companies.

Historically, we've seen that large devaluations are one of the most effective means of ending deflationary episodes. Indeed, many of the problems of Southern Europe would go away if only those countries could devalue their currencies. While it is true that Japanese exports have not boomed yet, part of the reason is that Japan's shuttering of its nuclear power plants raised energy prices substantially after the earthquake, offsetting much of the salutary effect of the devaluation.

More importantly, economic research suggests that it typically takes three to five years for even half of an exchange rate movement to pass through into prices. This is because companies tend to respond to exchange rate changes in the short run by not adjusting their prices. However, if Kuroda can maintain the weak yen and not bow to domestic and international pressure to tighten monetary policy, the tremendous export opportunities brought by a weak currency will create a boon for Japanese companies. It is through this mechanism that Japanese growth will rise, giving Abe his best chance for success.

[1] People who pay attention to these figures will note that this number is about 20 percentage points lower than the net debt number reported by the International Monetary Fund. The reason is that most countries don't report as detailed flow of funds data, so the IMF is forced to rely on narrower, and less accurate, information in order to make international comparisons with less-developed countries. However, because Japan does collect good data, it makes sense to use it and discuss the issue with the right information. 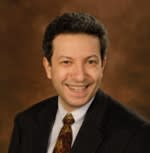 David Weinstein is a professor of Japanese economics at Columbia University and director of research at Columbia Business School's Center on Japanese Economy and Business.