AirBnB on the Mongolian steppe, where tech meets tourism 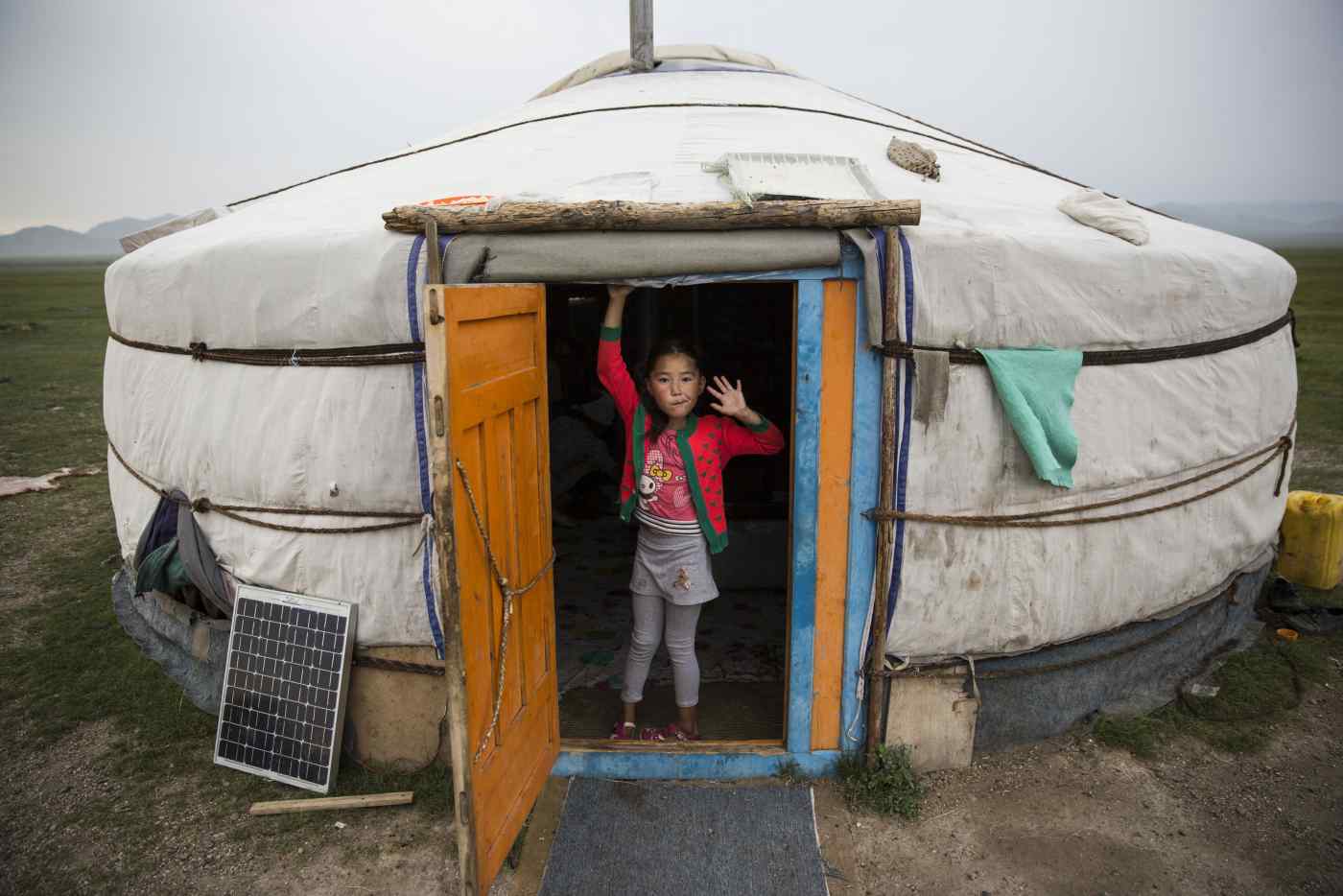 TOV PROVINCE, Mongolia -- On the vast green Mongolian grasslands, something interesting is happening: Enterprising nomadic herders have started using AirBnB to reach out to a world beyond their pastures, promoting their humble yurts as accommodations to a growing number of intrepid tourists.

It is a startling and unlikely move in Mongolia, where the digital divide is great. According to the World Bank, only 27% of the population uses the internet, and low income families, the elderly and those in rural areas often lack access. Still, some nomadic herders are jumping over the divide to connect to a global market, promote their unique lifestyle, book homestays, and generate additional income streams for their households.

"We got into tourism because we wanted to show our nomadic lifestyle and traditions," said Oyunchimeg Shuurai, a nomadic herder who offers her family's yurt, called a ger in Mongolian, as tourist accommodations.

Oyunchimeg, her husband, and their three children live in an idyllic pastoral setting 80km outside the capital city of Ulaanbaatar. The family has been hosting tourist homestays since 2004, but this is their first year listing their ger on AirBnB. Although they only listed it for the peak tourism season between June and August, they received an enthusiastic response.

It is a trend that holds some significant implications for the national economy. AirBnB combines two sectors that the Mongolian government is keen to develop: the digital economy and tourism. In a nation that is overly reliant on mining, with mineral and metal products making up roughly 90% of the nation's total exports, policymakers see the necessity of diversifying the economy.

Although still in its nascent stage, Mongolia's digital economy has begun growing in recent years, but only in fits and starts. While tech penetration is widespread in some ways, access to the internet still lags far behind most Asian countries. While Mongolia ranks a surprising fifth in the world in terms of mobile phone use -- with an estimated 5 million mobile subscriptions in a country of just 3 million people -- only 1 million people have access to the internet, according to official statistics from March.

This structural problem will likely inhibit AirBnB tourism from taking off quickly among herders. Currently, the few nomadic herders who are using AirBnB are not only forward-thinking but also privileged. They are lucky enough to have internet access and the language skills to write listings in English -- or have family and friends who do. But Oyunchimeg thinks the digital trend will take off sooner or later.

"It'll grow soon," she said. "More herders are using the internet. My husband uses it on his mobile phone every day to check the weather."

This is the way it starts in a place like rural Mongolia: Small, innovative habits based on daily necessity give way to grander designs. Almost every nomadic herder in Mongolia now has a solar panel array, which provides power for common items like mobile phones and televisions with satellite dishes. Some have also invested in portable washing machines, refrigerators, and freezers -- all of which run off of gas generators or solar-fed batteries. But when one leads a nomadic life, minimalism is an asset -- too much "stuff" can bog you down, and immobile technology infrastructure, such as fiber optic cables for fast internet, is useless. Only wireless internet connections can fit easily into a nomadic lifestyle.

As a result, the Communications Regulatory Commission of Mongolia is rolling out 4G LTE mobile technology across the nation this year. The national postal system is also adopting "what3words," a global positioning system that organizes the world into three-square-meter plots, to boost e-commerce among nomads who do not have fixed addresses.

Meanwhile, Mongolia's tourism industry is small, but ambitious expansion plans are underway. According to a 2015 World Travel and Tourism Council report, Mongolia's tourism sector directly contributes $254 million to gross domestic product, far behind the world average of $19.4 billion. Mongolia saw only 415,000 international visitors last year, but national efforts to rework tourism regulations, attract investment, and build essential support infrastructure are aimed to more than double international arrivals to 1 million by 2017. With AirBnB offering a direct marketing and sales tool to draw tourists, enterprising nomads like Oyunchimeg can also get a piece of the tourism pie.

On the grassy steppe in Tov Province, Oyunchimeg greets all of her guests standing outside her ger, dressed in her best blue deel, or traditional Mongolian robe. She presents each guest with a blue scarf, a sign of respect. Guests are ushered into the family ger and offered salty milk tea and traditional Mongolian snacks. It is a welcome gift for most guests, who have traveled over bumpy dirt tracks for more than an hour to reach the homestead.

Her AirBnB guests seem surprised and delighted to have found a unique and deep cultural experience so easily and cheaply.

"I didn't realize it was even an option," said American guest Anna May Imbrie, 24, one of Oyunchimeg's first AirBnB guests. "You couldn't get away with something like this in America," she added, noting how most Americans would shy away from inviting strangers for an immersive homestay.

Imbrie and her friend Sophia Hegmann, both English teachers in South Korea, came to Mongolia on a week-long holiday in July. They wanted a nomadic experience in the countryside during the annual Naadam Festival -- a national holiday celebrating traditional Mongolian sports -- and spent two nights in Oyunchimeg's extra ger,feeding baby goats, going horseback riding, and watching local horse races. For guests, AirBnB homestays in the Mongolian grasslands embody a new, do-it-yourself kind of tourism that shuns package tours and puts a premium on "authentic" experiences.

The herder families, on the other hand, seem willing -- if not eager -- to show their lifestyle and traditions to the world. These homestays foster a kind of cultural exposure that many nomads otherwise would likely never get. Oyunchimeg says that her family and her tourists learn from each other, and the cultural exchange and foreign language skills will benefit her youngest child, who is four. She is also proud that AirBnB tourism is helping her family remain financially solvent as herders, allowing them to keep their free-spirited lifestyle so close to nature.

"We're happy that we're helping to preserve this lifestyle," she said.