More than 160 ancient and fragile items digitized to prevent deterioration 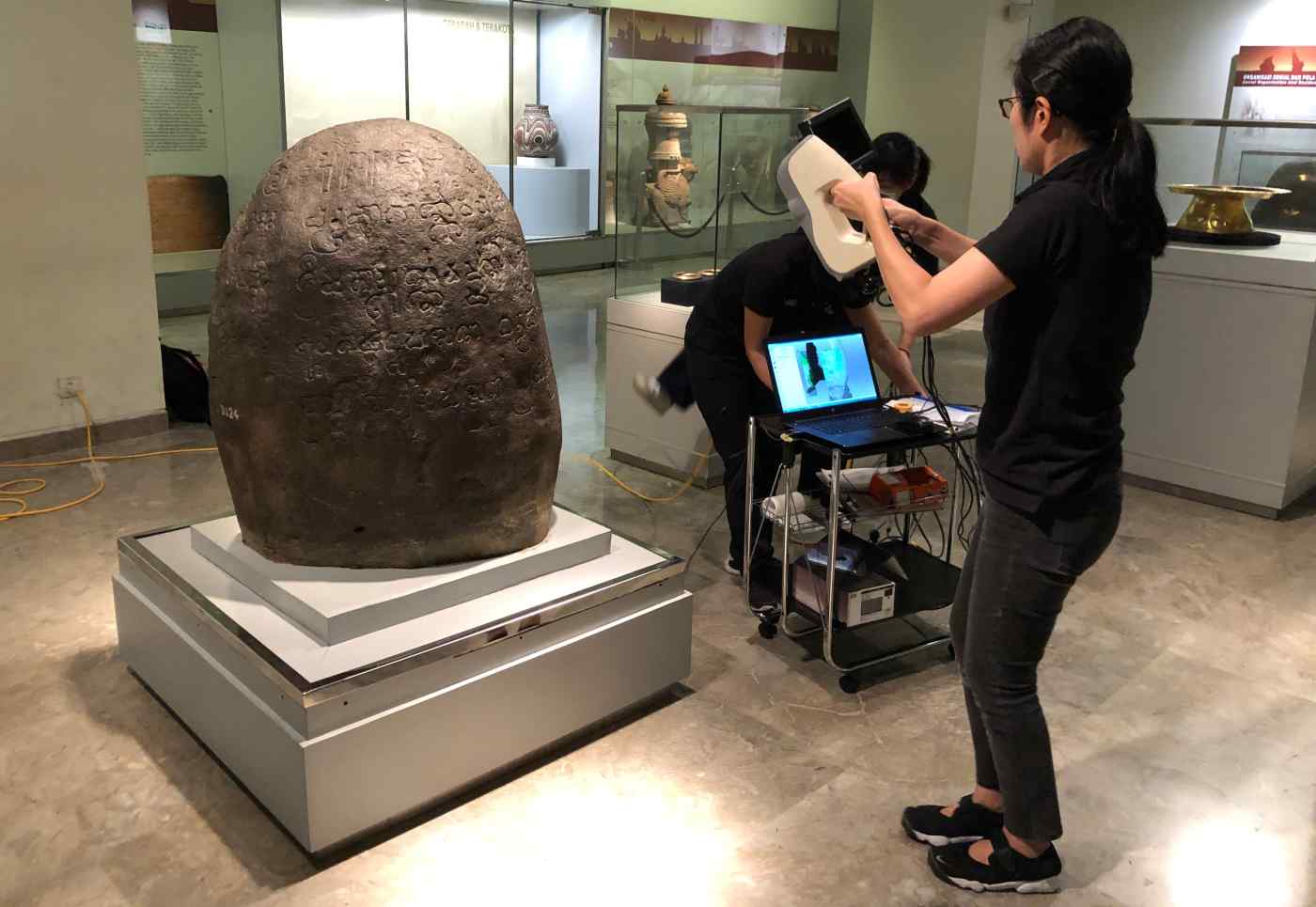 TOKYO -- Southeast Asia's museums, galleries and libraries are preserving their most fragile collection items using 3D data technology, making them available online for anyone who wants to take a close look.

From Indonesia's 14th century La Galigo script, which is listed in the UNESCO Memory of the World registry, to a collection of gilded manuscript cabinets from Thailand, 160 items have been digitized and were published online in the ASEAN Cultural Heritage Digital Archive this week.

Anyone can visit the website, browse the items, and zoom in and turn the 3D items around to various angles. Items currently in the archive come from six institutions in Indonesia, Thailand and Malaysia, including the National Museum of Indonesia and the National Library of Thailand.

The ACHDA project is looking to expand the online collection, with plans to involve Cambodia, Vietnam, Myanmar and Laos in the second phase of the project. The first phase was funded by the Japanese government through the Japan-ASEAN Integration Fund. The project aims to eventually preserve collections from the whole of the Southeast Asian region. Visitors to the ACHDA website can browse heritage items in 360 degree view.

"I hope ASEAN citizens using the website will better appreciate the shared cultural heritage and instill in them a greater regional sense of belonging," said Deputy-Secretary General of the ASEAN Socio-Cultural Community Kung Phoak.

NTT Data has provided its Advanced Museum Library Archives Deposit (AMLAD) system for digital archiving, which has been used for other facilities such as the Vatican Library. NTT Data said this was the first time it had provided a 3D archiving function. A manuscript cabinet from the National Library of Thailand is one of the items preserved in the ASEAN Cultural Heritage Digital Archive.

Researchers often have to visit museums and take out items for observation, with any handling potentially damaging them. The idea of digitizing them is to preserve them in their current state for the future and prevent further deterioration, with researchers able to continue to study their structure and how they were made.

Citing the example of Japan's World Heritage Shuri Castle, which was destroyed by a fire last year, Sonoda said, "As there are occasions cultural heritage are lost at once, reconstruction would be made easier with data preserved in 3D." Some important items and places of cultural heritage in Southeast Asia, such as Cambodia's Angkor Wat temple complex, have been severely damaged over time.

Sonoda added that the archive system they have used complies with international standards including the Open Archival Information System reference model -- which provides a conceptual framework and common terminology for the preservation and dissemination of digital assets -- to ensure that data can be 'seen' semi-permanently.