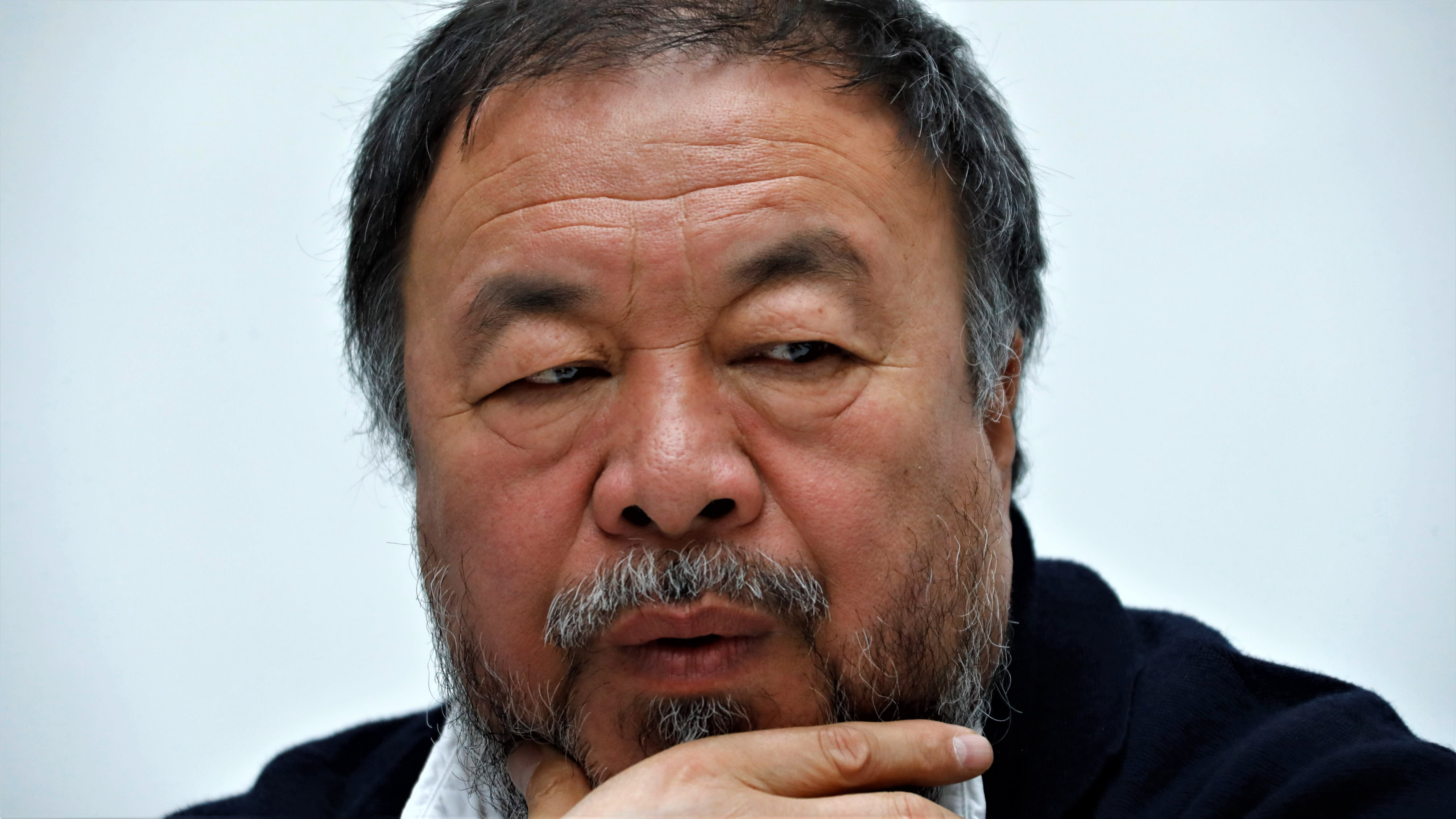 TOKYO -- Exiled Chinese artist, dissident and documentarian Ai Weiwei says the World Health Organization cannot be relied upon to honestly investigate the coronavirus pandemic, days after a WHO-led team of international experts arrived in China to do just that.

After numerous delays, the scientists arrived in the city where the pandemic began -- Wuhan -- on Jan. 14. They remain in mandatory 14-day quarantine at a hotel.

"First, it's ironic that they are there after one year [from the initial outbreak], so that shows how they perform," Ai said on Friday via teleconference. He was speaking from his residence in Lisbon, Portugal, to journalists at the Foreign Correspondents' Club of Japan in Tokyo.

"Can we trust an organization under the U.N., and that is not really politically conscious about the [reality] of what's happening, but rather there trying to get their funds and trying to have their bureaucracy?" Ai said.

"We cannot trust the WHO. We need a really independent investigation."

Ai took part in a Q&A session for over an hour, weighing in on everything from the pandemic to Alibaba Group founder Jack Ma's disappearance and U.S. President Joe Biden. The discussion followed a screening of his latest documentary, "Coronation," which features exclusive footage of life in Wuhan when Beijing locked down the city of 11 million for 76 days exactly a year ago this Saturday. A medical worker takes a break at an isolated ward of the Wuhan Red Cross Hospital during city's lockdown in February 2020.   © China Daily via Reuters

China has been widely criticized in the West for its early handling of the pandemic -- concealing information about the outbreak and playing down its seriousness. One local subject in the documentary accuses the government of misleading the public by saying the situation was manageable. That led to his decision to send his father back to Wuhan; the man ultimately died from COVID-19.

The film also shows how efficiently China managed the crisis after the lockdown, dispatching medical teams from all over the country to Wuhan and setting up designated hospitals to treat patients. But while "Coronation" is not entirely critical of the Chinese government, Ai said it has been rejected by major international film festivals and streaming services. Ai believes they fear it would harm their business relationships with China.

In exile since 2015, the outspoken artist lived in Germany and England and recently moved to Portugal, where he enjoys the sunshine and proximity to the ocean. Asked whether he fears for his safety, Ai said he is not too worried because killing and poisoning are not typically China's way of dealing with its critics. But Ai did describe being "kidnapped by the state" for 81 days before he left his homeland, with no idea of where he was the whole time.

Ai was also asked to comment on Ma, who had been missing for roughly three months until a video of him speaking to rural teachers surfaced online earlier this week.

"He is a very careful person," Ai said of the Alibaba founder, recalling one occasion when they dined together. "I remember he [didn't] even speak a sentence during the whole evening," even though it was "just three of us."

Ai noted the meteoric rise of Ma's company and the extent of state control in the communist country. "Even his enterprise, namely, is private, but the shareholders are really powerful people. So when they get in competition with the state, or with the financial system, of course [that] will be seen as a dangerous move.

"And of course they can anytime do anything to him, which is not surprising. So I think he is, alarmingly, being put under some kind of restrictions." A digital presentation by Ai Weiwei lights up London's Piccadilly Circus at the start of a one-month exhibition in October 2020.   © Reuters

Declaring himself an anti-authoritarian rather than an anti-communist, Ai said he does not hold high hopes for the new Biden administration in the U.S. either.

No matter how many times the president changes, he said, "they just go back to the old time. If you see that the president just changed back the policies on the first day -- it just [went] back to the Obama time. But Obama time is the time that produced Trump."

Ai concluded that "nothing's being solved."

"If you want just to go back to the old dream, it'll be a new nightmare."