Spending power of young investors is overtaking the over-50s 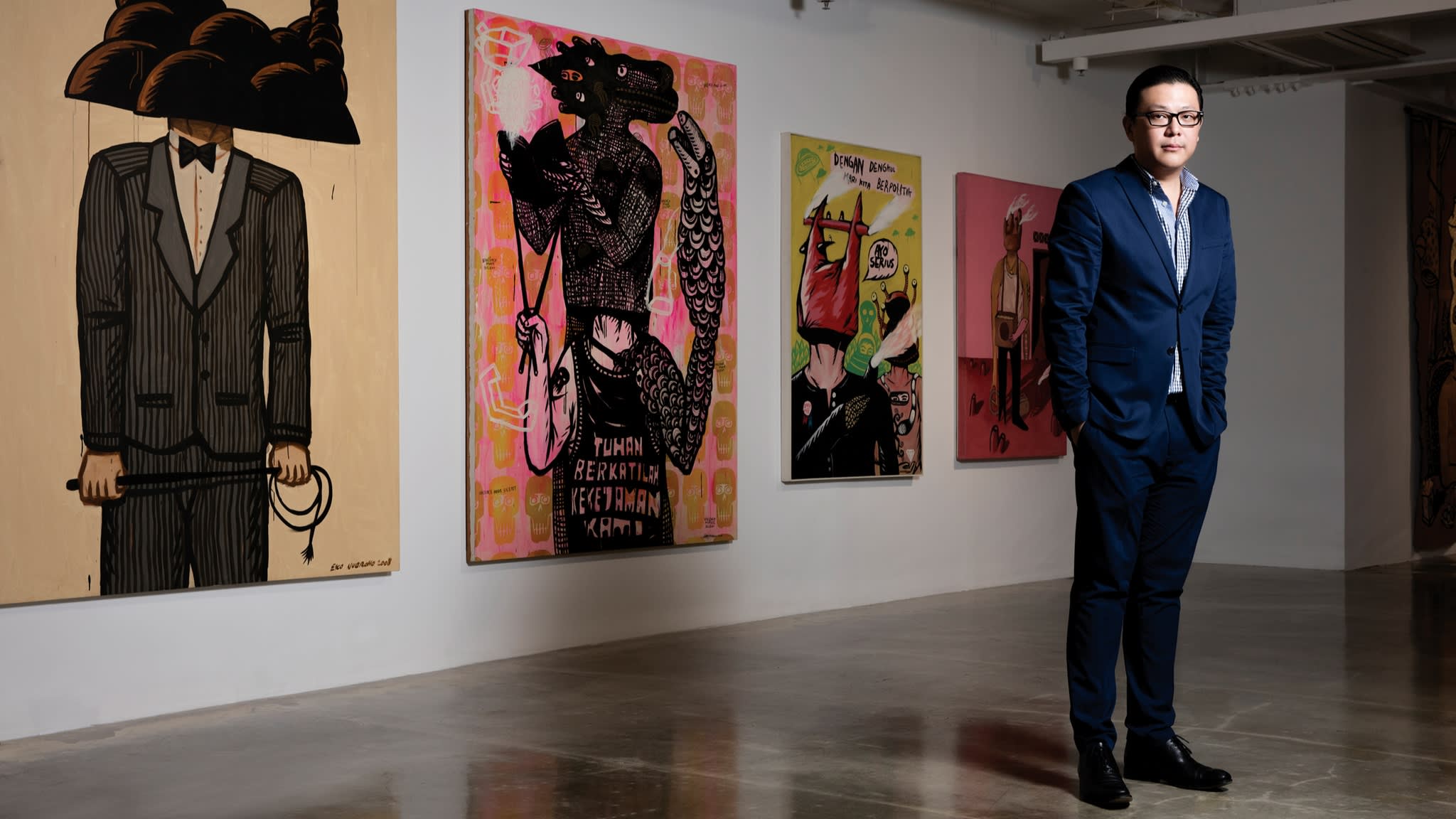 HONG KONG -- When Michael Xufu Huang was sent to London for an art education by his Chinese parents, they could not have imagined they were paving the way for the birth of a private museum. "I didn't go clubbing or anything," Huang said of his time at the U.K.'s Royal Academy. "I took what I had and started buying one piece a year."

Huang's contemporary art collection, beginning with a Helen Frankenthaler lithograph, now includes more than 300 works. He is also co-director of M Woods, an influential not-for-profit contemporary art museum in Beijing that supports art education and upcoming artists from all over the world. Now a mature 25, and dressed entirely in fashionable black, Huang says confidently that he is "probably the first person ever to help found a museum at age 20."

According to the 2019 Art Basel and UBS Global Art Market Report, published in March, 46% of collectors in Singapore and 39% in Hong Kong are millennials (people who reached young adulthood in or soon after 2000) -- in stark contrast to the West, where most are over 50. Young Asian collectors were also markedly more active, having bought twice as many new works in the past year as their older counterparts.

The report adds that while Europe's share of world wealth available for investment dropped by 10% last year, China saw a doubling -- and the Asian region now has 36% of the global total, topping both Europe and the U.S. Not surprisingly, the survey concludes that Asian representation among the world's top 200 collectors has increased from 5% to 30% over the past decade.

But numbers alone do not encapsulate the influence being wielded by these young Asians, who are driving auctions, gallery sales and museum developments, both private and public, with a precocious and wide-ranging awareness -- encouraged by travel and easy access to images on social media -- of the myriad trends of contemporary visual creation. Thanks largely to these collectors, Asia is fast shedding the last vestiges of provincialism and completing the region's move from the margins to the mainstream of world art. Hip beyond his years: collector Michael Xufu Huang with a painting from his collection (Photo by John Krich)

"They know what they're doing, they know what they like, and at a time when it's nothing for shows to travel from Brussels to Shanghai, national boundaries no longer seem to limit them," said Rene Meile, co-director of Galerie Urs Meile, based in Beijing and Lucerne, Switzerland. "A lot of people took inspiration from last year's auction in Japan where a 30-year-old bought a [work by Jean-Michel] Basquiat for $111 million," said Meile." These new collectors are very savvy; their level of maturation has outpaced the market."

Nick Simunovic, director of Hong Kong's branch of New York's influential Gagosian Gallery, concurred. "A coal miner from Shaanxi making a fortune and then going out to buy a Picasso -- that's just an urban folk tale."

But the story of this new wave of collectors is not limited to China. In 2014, Ryan Su had just finished studying law in his native Singapore, where he decided to specialize in the burgeoning field of property law related to art. "I untangled many disputes with storage companies, items wrongly shipped, held by customs or even stolen cultural heritage -- and sometimes the artists paid me in art works," Su said.

"But I never wanted to collect nationalistically. I think I was first excited by [Andy] Warhol and his use of colors. He died the year I was born, but now I've been able to purchase some of the original Polaroids on which he based many great paintings. Even U.S. embassy officials couldn't believe how many abstract expressionist [works] I had."

Within two years, and at the ripe old age of 29, Su was asking himself, "Where is the end goal of my journey?" His answer was to start the Ryan Foundation, which promotes "arts advocacy, the loaning of works" and more. "I call myself an enabler, not a collector," said Ryan. "I like to make things happen and, as in many Asian countries, individuals have had to step up where the state doesn't invest in proper art archives."

In a culture where, he said, "artists were too long regarded as artisans, basket makers," he helped pair the paintings of actress Lucy Liu and a local Singaporean artist for an exhibition whose opening brought out 4,000 people. And his "social circus" of Polaroids became the largest traveling Warhol show in Southeast Asia. But he does not feel the need to create a permanent space, arguing that his generation is used to "staying mobile" through digitized images. "Sometimes my interest ends when I get a work, so I see collecting as so much more." 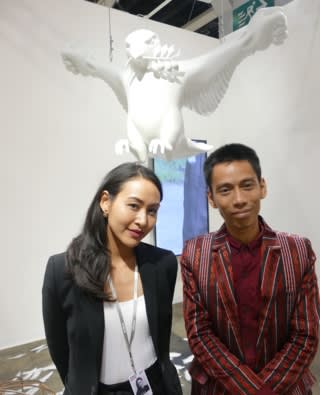 The same proved true for Sutima Sucharitakul, a Thai whose studies in art history led to stints with Sotheby's and the Asian art department at New York's Metropolitan Museum. "Like many of my generation who have traveled all over, I didn't want to come home to an ordinary job," Sutima said. So she utilized her own collecting instincts as the basis for Bangkok's Nova Contemporary gallery.

"For me, art is never a commodity, it's not just decorative or a nice dress you get tired of," she said. "Every work has to reflect my own life, be beautiful but also comment on history." Sutima admitted that "I would look bad if I didn't support Thai artists," but she used her space at a recent Art Basel show in Hong Kong to promote Moe Satt, a young Burmese whose installation of swings and cages was intended to comment on "the playground of democracy." 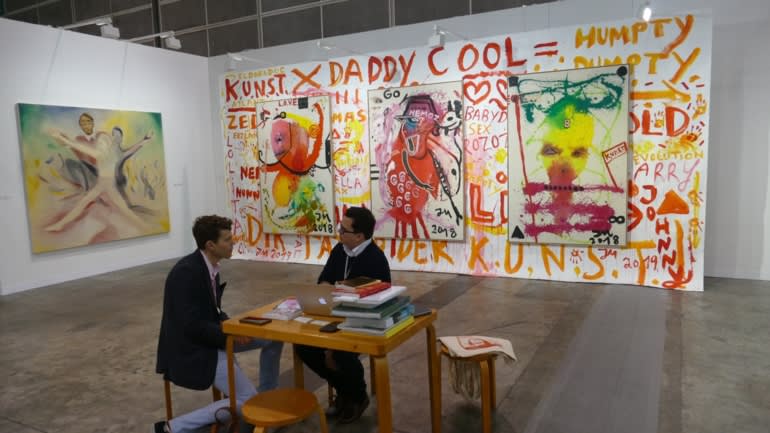 For Indonesian Tom Tandio, the grand old man of young Asian collectors at 38, collectors "have a role in pushing boundaries and can "have much greater impact in less developed countries." A former executive in the automotive industry, Tandio said he began collecting by picking up contemporary Chinese art for investment, but now would "never buy anything unless I know the artist first, believe in his intentions."

Tandio added: "One artist I collect promotes the idea that we're all bipolar. And maybe we are! I don't collect works; I collect a body of practices." Where he once "never went to museums on my travels, now that's the only thing I do."

Tandio's collecting success has recently led to his being named director of the next edition of Art Jakarta, a fair with a growing presence that reflects the dynamism of Indonesian art. "I don't split art up by region, I don't label, and I don't see collecting as just gathering a bunch of objects," he said. "Each work has to make me see the world differently."

For other collectors driving the market, though, the key is "finding what you like and getting in early," as Huang put it. Whether in Asia or the West, he said, "there's nothing like becoming a tastemaker."