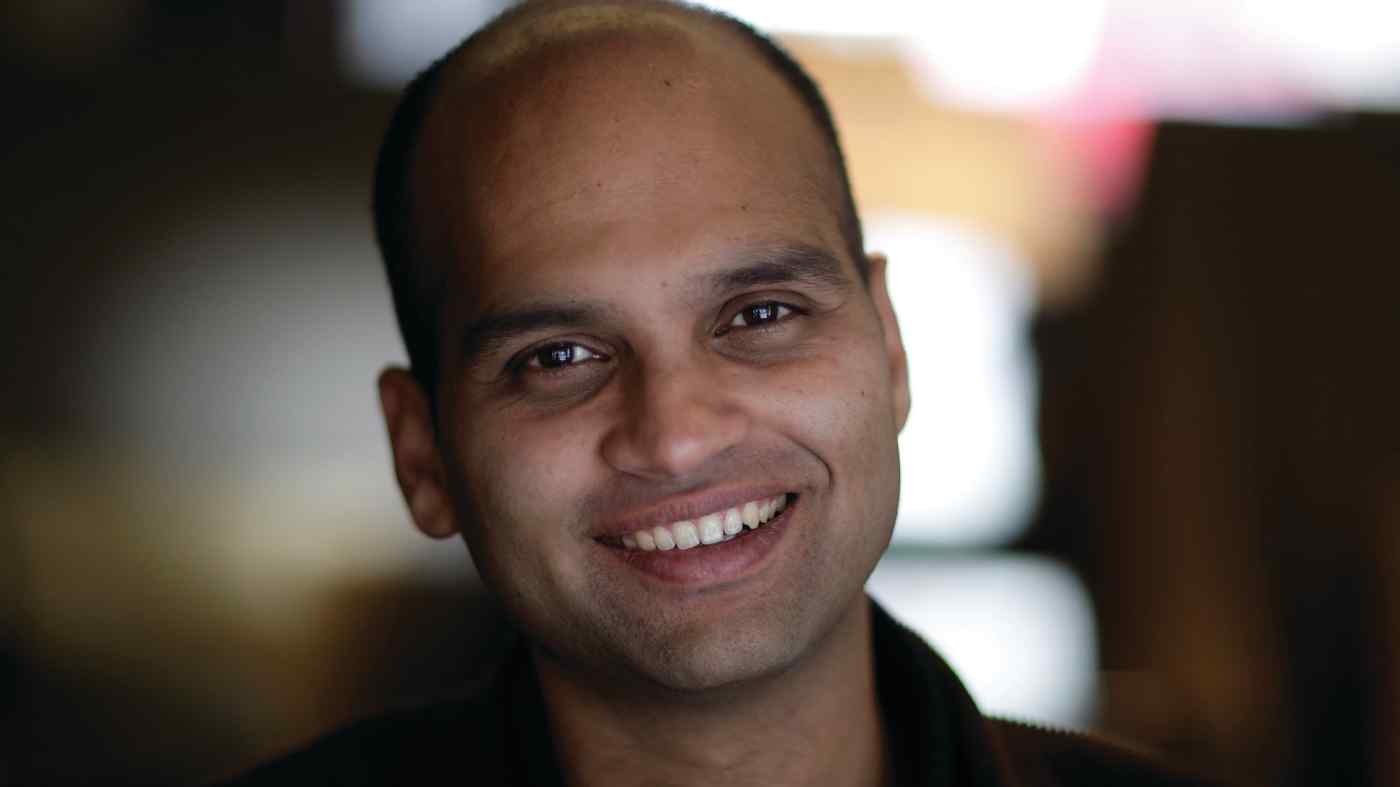 SYDNEY -- It is fitting that Aravind Adiga, one of India's most acute modern chroniclers, should find himself locked down in Sydney, the setting of "Amnesty," his most recently published novel, and the first that takes place outside his native land.

Along with stints in the U.S. and returns to south India, Australia has been a pillar of what Adiga calls his "triangulated life," since he spent his last two years of high school there after the death of his mother.

It is a place he praises as "intoxicating" in its physical beauty and "evenhanded" in its legal system, but whose urban underbelly he uses vividly as a savage indictment of inhumanity and hypocrisy. The country, he says, is "compromised in its core principles;" it is "a parasite to Asia yet ambivalent about Asians," as it fails to "come to terms with its addiction to foreign labor."

The result of his own five years' labor, "Amnesty" portrays the course of a single day seen through the eyes of a housecleaner who is an illegal immigrant, and may yet take its place as one of the most brilliant evocations of the effects of migration, the world's most pressing problem until the novel coronavirus showed it could cross borders even more readily than the world's poor and persecuted.

Adiga's main protagonist, Dhananjaya "Danny" Rajaratnam, could be viewed as an archetypal vision of Asians caught between cultures: A Sri Lankan who totes a rich mental world full of ancient myths and mermaids along with a kit of household products strapped to his back, perceiving with acuity the fallible lives and misinterpreted signals of the "brown people, who will see you no matter what" and the "white people" for whom "becoming invisible ... is the easiest thing in the world." With echoes of James Joyce and Salman Rushdie, Adiga narrates how Danny moves through grubby bars, basements and convenience shops while reveling in the blond highlights in his hair and the small miracle of his vegan-Vietnamese girlfriend. He faces a difficult choice between identifying a potential murderer and keeping quiet to avoid exposing his illegal status.

Painting telling details while spinning rapid-fire revelatory phrases, the novelist powerfully evokes the reckless self-hatred of an affluent and thoroughly deracinated Indian couple, weighed against the migrant's need to be fully acknowledged and seen, even as he has learned to find comfort in anonymity. A former journalist, Adiga was inspired by an obscure newspaper clipping about just such a murder and moral dilemma, "especially the last line, which stated matter-of-factly that the fellow who helped solve the crime was himself deported."

Caught up in the plight of transnational workers with a compassion that clearly went beyond the search for literary material, Adiga was in Malaysia when the COVID-19 pandemic struck, tracking down those involved in the annual deceit of entering Australia on tourist visas and then staying on to work picking fruit. He ended up in Sydney only because of the limited availability of flights. "I had wanted to know why such a seemingly wealthy country would have so many going abroad," he says. "Malaysia really is at the crux of Asia's migrant crisis. On the one hand, they bring in 3 million foreign laborers to do all the dirty work Malaysians don't want to do -- yet some of those same people then leave to do exactly that work when they can be paid far more [in Australia]."

Oddly enough, his last assignment in the U.S. was an interview with Donald Trump, now U.S. president. "This was 2003 and he was completely forgotten. Everyone wondered why I should do it, and when he talked about this upcoming television show, 'The Apprentice,' I thought the idea would surely fail. I mostly remember that where most famous men have pictures of themselves around their office, he had placed more on the ceiling. I guess he wanted to see himself everywhere."

Transferred to Time's New Delhi bureau, he spent three years as a financial journalist -- a period he says was "invaluable, as I got to travel around India's South Asian neighbors, and [observe] their very distinct paths of development, which most Indians, products of colonialism themselves, know nothing about."

Having been raised in India's more affluent south, he was also able to observe the extreme poverty of the north as though discovering a new country, which he found both "appalling" and "thrilling." It was these experiences that he would call upon during 10 years of trying to write creatively. "I always knew I would end up a writer," he says, adding with some false modesty, "because I was so bad as a journalist."

Yet all his reportorial acuity would be poured into "The White Tiger," a tale of a villager escaping "the chicken coop" and taking his place in the "new India" through bloody and corrupt means. In 2008, at 34, the book made Adiga a best-selling author, and one of only four native-born Indians to win the U.K.'s vaunted Booker Prize (with Salman Rushdie, Arundhati Roy and Kiran Desai).

Critics compared the author's sociological sweep to that of Charles Dickens in Victorian England, though Adiga says he has more affinity with 19th-century French writers like Balzac or Zola, "because they had the same bitter tone as Indians, seeing their nation in this period as second-rate." Because he does not drive a car, Adiga shares Dickens' habit of lengthy perambulations through cityscapes, which he put to especially good use in "Amnesty."

After adjusting to sudden fame, he quietly followed his first hit with a collection of early stories, and novels about Mumbai's real estate boom and the business of cricket -- "Selection Day," is now a compelling Netflix series. Being in self-isolation is not necessarily a bad thing for a writer, and Adiga says he is using the time to work on his next book, set in India, about which he will say only that "it may take two or three more years and it's not about the IT industry."

In the meantime, he is following with great concern the fortunes of Australia's 600,000 foreign students -- "that huge source of foreign exchange, with more than 2 billion Australian dollars from Nepalis alone" -- who have been left in visa limbo by the pandemic-related closure of universities. He also cannot help wondering "just who is going to pick Australia's fruit this summer?"

This most political novelist fears that the long-term effect of the pandemic will be to "empower governments even more" and add to "migrants being scapegoated." Yet he does not bemoan the impact of the pandemic on the launch of his latest work. "It's true that [India's] storytelling tradition connects over many thousand years, and we buy a lot of books, but there are still lots of writers who can't earn a living there," he says. "I feel I've had tremendous good fortune just to be published."

He is eager to get back to his home in Mangalore, in India's Karnataka State, as he sees New Delhi's response to the pandemic, with its heavy-handed curfew and suspension of train services leaving hundreds of millions of low-end laborers with minimal employment and without the means to get home as "callous, cruel and criminally incompetent."

Eager to bear witness as a contemporary Zola might, Adiga suggests, "Every person has to go through some cataclysmic political catastrophe in their lifetime. And even though I was on the New York subway when 9/11 happened, that seems minor compared to this."