BOOKS: 'Beads on a String' by Paul and Yuangrat Wedel 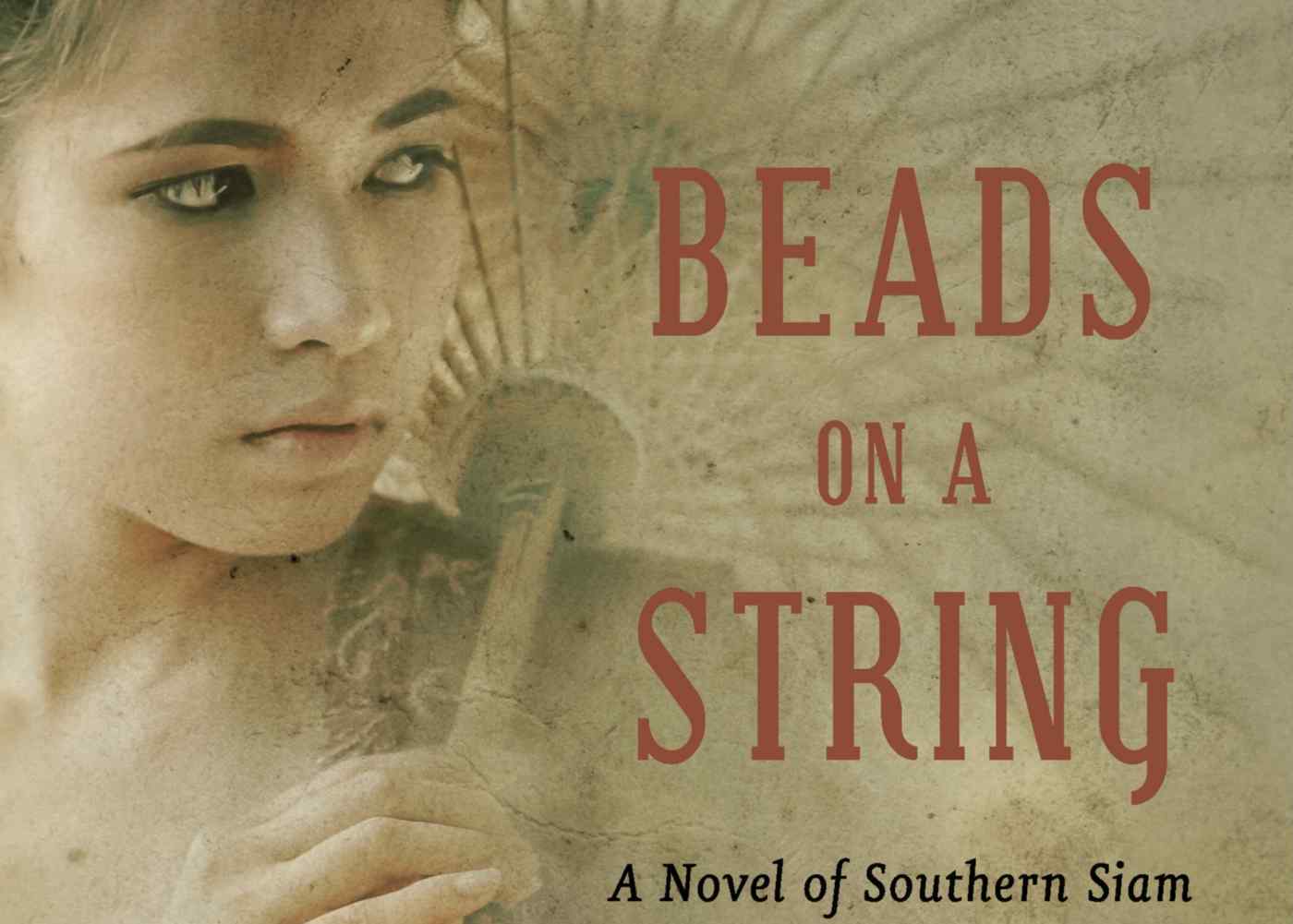 Southern Thailand is best known nowadays for beach resorts such as Phuket and Hua Hin and island attractions such as Koh Tao and Koh Phangan (notorious for its once popular Full Moon bacchanals). However, these sunny destinations have almost fallen off the international tourist map in the age of COVID-19, handing the country's southern provinces back to the Thais who have settled there over the centuries, their lives and lifestyles now untroubled by mass tourism, at least for a brief interlude.

This is an appropriate time, therefore, to contemplate the recent history of this vibrant region in the recently published "Beads on a String," a historical novel penned by husband and wife team Paul and Yuangrat Wedel.

"Beads on a String" is loosely based on the ancestors of Yuangrat Wedel, a native of the southern province of Surat Thani, whose mixed Malay, Chinese, Mon and Thai heritage provided an appropriate host of varied characters to flesh out the authors' fictitious narrative, set in the latter part of the reign of King Chulalongkorn (1868-1910).

The book is published by River Books, established three decades ago by Narisa Chakrabongse, a great-granddaughter of the king, to preserve unique and vanishing cultures. She decided to publish the novel, she says, "because there has been so little written [in English] on the south, and also because it was such a page turner." At 627 pages, "Beads on a String" is a page turner indeed but well worth the effort.

King Chulalongkorn is credited with laying the foundations for the transformation of old Siam into the modern nation-state that is now Thailand. His wide-ranging reforms, including the abolition of slavery, the creation of a modern bureaucracy and the centralization of authority in Bangkok, were broadly aimed at preventing potential claims from colonial powers such as France and the U.K. that colonization would provide a civilizing influence over a backward nation.

While Chulalongkorn's strategy arguably succeeded (Thailand is the only country in Southeast Asia not to have been colonized by Western powers) the reforms essentially entailed Bangkok's own colonization of Thailand's provincial areas, including the south.

There was, and continues to be, a good deal of pushback against Bangkok's seizure of provincial powers and the subsuming of local elites and smaller kingdoms under centralized rule. Nowhere has this opposition been more persistent than in Thailand's three southernmost provinces -- Narathiwat, Pattani and Yala -- which together comprise the former sultanate of Pattani.

While only one of the many subplots in "Beads on String," the subjugation of Raja Abdul Kadir -- the last traditional ruler of Pattani -- into a subordinate of the southern region High Commissioner Phraya Sukhumnaiwinit is one of the most historically insightful storylines in the novel. Both the raja and the high commissioner are historical characters, but the leading character Abdulkarim, who plays a key role in controversial events, is largely fictitious.

"Beads on a String" opens with Abdulkarim (a Muslim-Malay goat-meat vendor in Pakpanang town, whose name is later changed to Pakdee), impatiently waiting for his lover to set a light in her bedroom window as a signal that it is safe for them to meet without her gangster husband finding out. The light is lit, and Abdulkarim pursues his lust, but the husband is also waiting and the future Pakdee is soundly beaten and thrown into jail in nearby Nakorn Sri Thammarat, the provincial capital. There Pakdee befriends the warden through his writing skills and is eventually enlisted by the high commissioner, who ensures a royal pardon. "Pakdee is mostly, but not completely fictional," says Paul Wedel. "One of Yuangrat's grandfathers is believed to have been of Malay descent, but not Muslim, and he did spend some time in jail over an incident with a woman. This man had an interaction with King Chulalongkorn that gained his release, and he later rose to be the chief justice for Surat Thani (province) with the royal title of 'phraya.' We have one photo of him, and the description of Pakdee in the book is based on this photo. He was quite a handsome devil."

Luckily for the book, the southern ancestors of Yuangrat Wedel (an academic with a degree in political science from the University of Michigan) include several such colorful characters.

There is the feisty Ploi, based on one of Yuangrat's grandmothers who ran a casino. Ploi also provides an outlet for a feminist theme that pops up throughout the novel: hardworking, intelligent daughters are overlooked by their hard-drinking, Chinese fathers who dote on their shiftless, lazy first sons (a familiar story line in modern Thailand too).

And there is Chao, the failed son of a Chinese merchant who becomes a Buddhist monk and founds a temple in Surat Thani. He is based on the elder brother of one of Yuangrat Wedel's grandfathers. Chao's life-changing shipwreck, which has him and his crew washed ashore on Samui Island, (no Western tourists back then) is one of the more exciting and well-written chapters in the book.

Paul Wedel began his long sojourn in Thailand as a U.S. Peace Corps volunteer based in Pakpanang, where much of the novel is set. His varied career in Asia (to which he returned after attending Columbia School of Journalism in New York) included 14 years working for news agency United Press International. In "Beads on a String," he successfully transits from the terse news agency style to descriptive prose, while displaying a certain flair for sensationalism (the sex scenes are fictional).

While much of the book is fiction, history buffs will be pleased with the insights it provides into Chulalongkorn's subjugation of the provincial areas under central administrative rule, overturning the earlier semi-autonomous system of government. Cultural and societal scars remain from this period, most strikingly in an ongoing Pattani rebellion, reignited in 2004, which has claimed 7,000 lives over the past 16 years. Thai soldiers examine the wreckage of a patrol vehicle after a bomb attack in Yala Province in 2007.   © AP

According to "Beads on a String," Raja Abdul Kadir was tricked into handing over his authority to Bangkok through a deception, handled by the crafty Pakdee, who gets Kadir to sign an agreement renouncing his authority by altering a Jawi (Malay dialect) translation of the document, a Thai version of which is then signed by the raja. It is not clear that this really happened, but distrust between the people of Pattani and Bangkok persists.

"We consulted more than 30 historical sources in Thai, English and Malay for most of the details, but those sources sometimes differed on what exactly happened," Paul Wedel said. "The deception of the raja in getting him to sign a Thai version of a letter to King Chulalongkorn is included in some accounts, but exactly how that deception took place was something we had to imagine for ourselves, and that allowed us to involve Pakdee."

The book ends, appropriately, with the dramatic trial of Pakdee for treason, which somehow manages to tie all the main characters together in the courtroom like, well, beads on a string.