Show to open in October despite worldwide cancellations of artistic events BANGKOK -- Hope is a rare commodity in the art world right now, with entire gallery and artist ecosystems under threat and key fairs and festivals, from Art Basel Miami Beach to the Venice Biennale, postponed until 2021, or later, on health, financial and logistics grounds.

Against this glum backdrop, the Bangkok Art Biennale -- opening at three venues on Oct. 12 and six more on Oct. 29 -- is pulling out all stops, promising "a line-up of 82 world-renowned artists from 35 countries in five continents, who will elevate and energize the Thai art scene with over 200 artworks."

At moments during a careful media campaign there has been talk of obstacles, trial and error, and social distancing measures. Among other glitches, a halt has been put on plans to physically bring in dozens of international artists before and during the three-month event, due to Thailand's strict border control measures to curb the COVID-19 pandemic.

Yet, the tone has been largely self-congratulatory. Official headshots of Ai Weiwei, Marina Abramovic and Yoko Ono, among other global art stars, join local artists in a glossy BAB 2020 magazine and promotional video. Michael Shaowanasai, a local artist coming out of semi-retirement to take part, captured the ebullient mood when he jokingly announced: "We are pioneers: Others canceled but we insist on going forwards."

Beyond Thailand's relatively successful suppression of the COVID-19 virus (total cases have been under 3,500 and deaths less than 60), a multitude of other factors lie behind the decision to proceed with one of the country's most ambitious arts festivals. One is clearly linked to one-upmanship: While the teams behind many of the world's dozens of contemporary art biennials have decided it is neither realistic nor responsible to proceed, the BAB's organizers see an opportunity to establish their festival firmly as a slick powerhouse of contemporary art.

"It was touch and go, but back in May we decided that if we wait until next year there's going to be a lot of congestion," says Apinan Poshyananda, the former permanent secretary of Thailand's Ministry of Culture who is now the BAB's chief executive and artistic director. "We are a young biennale. We just had the first one. If we postponed the second, we would lose momentum." 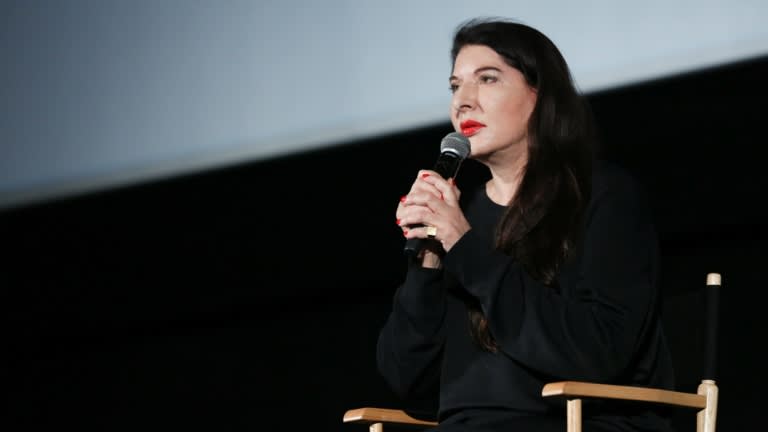 Audiences, the art historian-curator adds, are crying out for the salutary escapism that artists can potentially offer in troubled times. Artistically, too, he felt there was a need to press on. The pandemic and other recent events have prompted many artists to take his theme, "Escape Routes," in new directions, and with an urgency that he felt would be lost if they delayed.

"Some are now exploring COVID and isolation and angst and even racism," Apinan says, "so we wanted to get the ball rolling and deliver our homework in October. Next year everybody will be doing this."

The final call, however, was made by Thapana Sirivadhanabhakdi, CEO of the Thai drinks company ThaiBev, BAB's core sponsor. His rationale? "It's a matter of wanting to help the image of Thailand," says Apinan. "It's not just about the Bangkok Art Biennale -- it's about the readiness of Thailand or Bangkok to receive such mega-events." 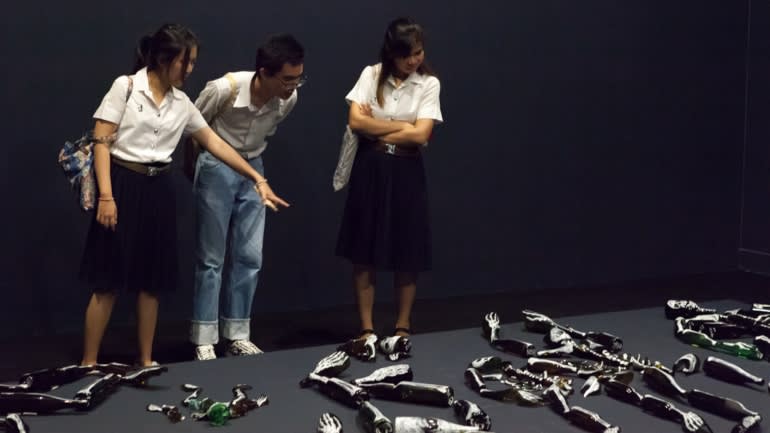 Top: Known for her cartoonish social commentary, Yuree Kensaku is one of 31 Thai artists taking part in BAB 2020. (Courtesy of the artist) Bottom: Students admire an artwork at BAB’s 2018 edition. (Courtesy of Bangkok Art & Culture Centre)

Throughout its short history, the BAB has been a "vanilla" biennial model -- a corporate-sponsored expo of international visual art with boosterist ambitions for its host city, serving mainly as tourist bait. Its inaugural 2018 edition was, through a neoliberal lens, a success: According to ThaiBev's 2019 sustainability report, 3 million Thai and foreign tourists visited the 20 venues, which included hallowed Buddhist temples as well as flashy shopping malls. Thailand's now foundering tourism economy was also "stimulated" with over 4.5 billion baht in extra revenue spent by overnight visitors, according to ThaiBev.

The timing, however, was not ideal. Not only did it take place under a military regime following a 2014 coup, and in the buildup to the first national elections in five years; it also coincided with the arrival of two other biennials: the autonomous pavilion-based Bangkok Biennial and the government-run Thailand Biennale (as well as a video art triennale, Ghost:2561, which is due to return in 2021).

The contrasts between these competing events were so striking that two Hong Kong-based academics, Bart Wissink and Lara van Meeteren, were inspired to write two research papers dissecting their motives, curatorial approaches and relationship to the state. Both of these co-authored papers centered on the premise that Thailand "provides an excellent laboratory for a reflection on the political nature of biennials." 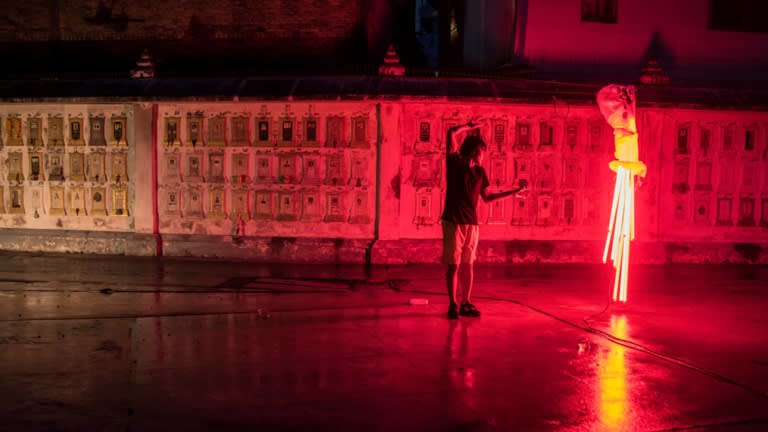 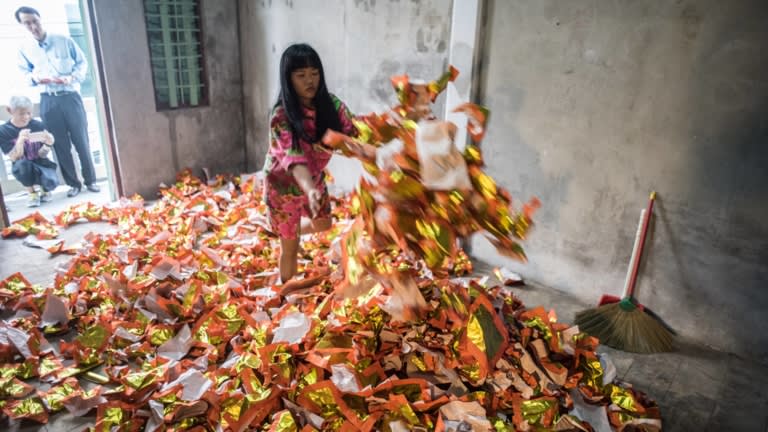 Today, as their second editions approach, Thailand is arguably the ideal petri dish for examining the art world's latest malaise. Although other events -- including the Yokohama Triennale and Taipei Biennial -- have forged ahead during the crisis, three starkly different mid-pandemic approaches to biennial-making are being simultaneously tested in the Thai kingdom. Depending on how these approaches play out, each event's reputation and fate as a young addition to the global biennial community may hang in the balance.

"With different people being affected by the virus in different ways, we found it's not possible to stage one solid block," says Liam Morgan, one of three artists behind the Bangkok Biennial. Their solution: divide the anti-establishment event, which has no central budget, no big-name support and no guiding theme but empowers curators, artists and artist collectives to create pavilions under their own steam, into three chapters. The first episode will run from Oct. 31 to Nov. 21, while the other two will kick off in March and September 2021, respectively. 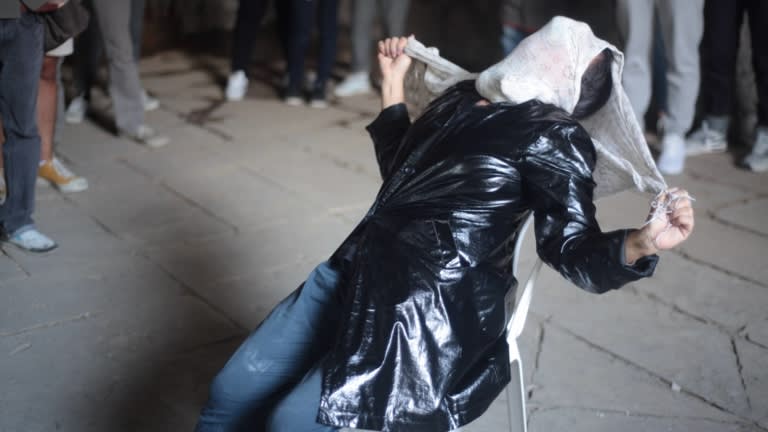 This decision is principled as well as pragmatic -- the hope is that a three-part modular structure will allow for a more rounded look at the state of contemporary art. "We didn't think it's really possible to get that deep into things while we're still in the middle of this situation, which is by no means positively solved," says Morgan.

The first edition included online pavilions and satellite exhibitions in other cities, and the team thinks more experimental approaches may materialize. "It's entirely up to the participants. As with Wikipedia, we want our event to be controlled and created by them," says Jeff Gompertz, a co-founder along with Unchalee Anantawat, co-owner of Bangkok's Speedy Grandma gallery.

A slow-burning, open-source biennial that disperses responsibility and encourages hyperlocal encounters rather than the racking up of air miles is arguably a neat fit for the "new normal." It also provides an illustrative counterpoint to the more conventional opening-week spectacles and "world-class" pretensions of both the BAB and the most delayed of the three upcoming events: the Thailand Biennale. 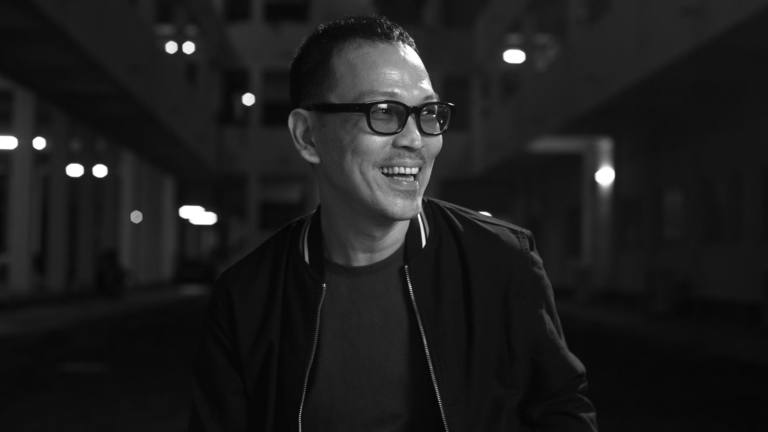 Thai film auteur Pen-Ek Ratanaruang is one of the biggest surprises on the BAB’s list of 82 participating artists. (Courtesy of the artist)

Originally due to launch in late 2020, this nomadic biennale funded by the Thai government has been postponed until mid-2021. But even with more time to prepare, piecing the event together is proving tricky, says guest head curator and artistic director Yuko Hasegawa.

She is trying to coalesce the elements -- several locations in northeast Thailand's Korat Province, cross-disciplinary collaborations, contributions by around 70 artists -- while marooned in Japan, where she is artistic director at Tokyo's Museum of Contemporary Art. As a result, the fieldwork-based activation of sites and community-building that she prides herself on may be replaced by something more modest. "We are working to create a cultural legacy for local people," she says, "but it's difficult when you can't travel."

By the time the Thailand Biennale opens on June 11 the calculation is that international tourism will have partially, if not fully, resumed. That does not apply, however, to the imminent opening of the BAB, despite earlier hopes. At a press conference in late August, efforts to manage expectations were already underway. "We will be a prototype event; we will show the world it is possible to organize an event like this in Thailand," said Thapanee Kiatphaibool of the Tourism Authority of Thailand, one of several government partners. With borders currently closed to foreign tourists, BAB 2020 is shaping up as a "prototype event" that will target Thais and expatriates. (Courtesy of Bangkok Art & Culture Centre)

As for the BAB's "show-must-go-on" rhetoric, some observers see it as opportunistic. Others welcome it, believing that the event has an important role to play within Thailand's ill-funded cultural sphere. "It will serve as one mechanism to support artistic production at a difficult time," says Gridthiya Gaweewong, artistic director of Bangkok's Jim Thompson Art Centre. Even so, she believes the question mark surrounding audiences is a sticking point. "The issue for the BAB is how to reorientate itself and target local people instead of international tourists."

While Apinan and his team grapple with this conundrum, the BAB's artists are relishing the opportunity -- though mostly from afar. Many of the 51 international participants are shipping completed artworks, including British Indian sculptor Anish Kapoor. Three of his assistants from the U.K. underwent 14-day quarantine periods to install his installations at the Wat Pho and Wat Arun temples and at The Parq, owned by ThaiBev affiliate TCC Assets.

Others are remotely creating their new commissions. Mumbai-based artist Reena Saini Kallat, for instance, is liaising regularly with her Thai-based fabricators over Zoom to create a piece about migration through the prism of the pandemic.

Meanwhile, the series that Ruangsak Anuwatwimon -- one of 31 Thai artists taking part -- planned to present, featuring rare plants from Japan, had to be changed because travel restrictions have made it impossible to source the plants. Ruangsak believes the BAB's gamble -- which could see it gaining respect or taking flak -- has raised the stakes for its participants. "We feel a lot of pressure," he told the press conference. "With others canceled, the spotlight is on us."