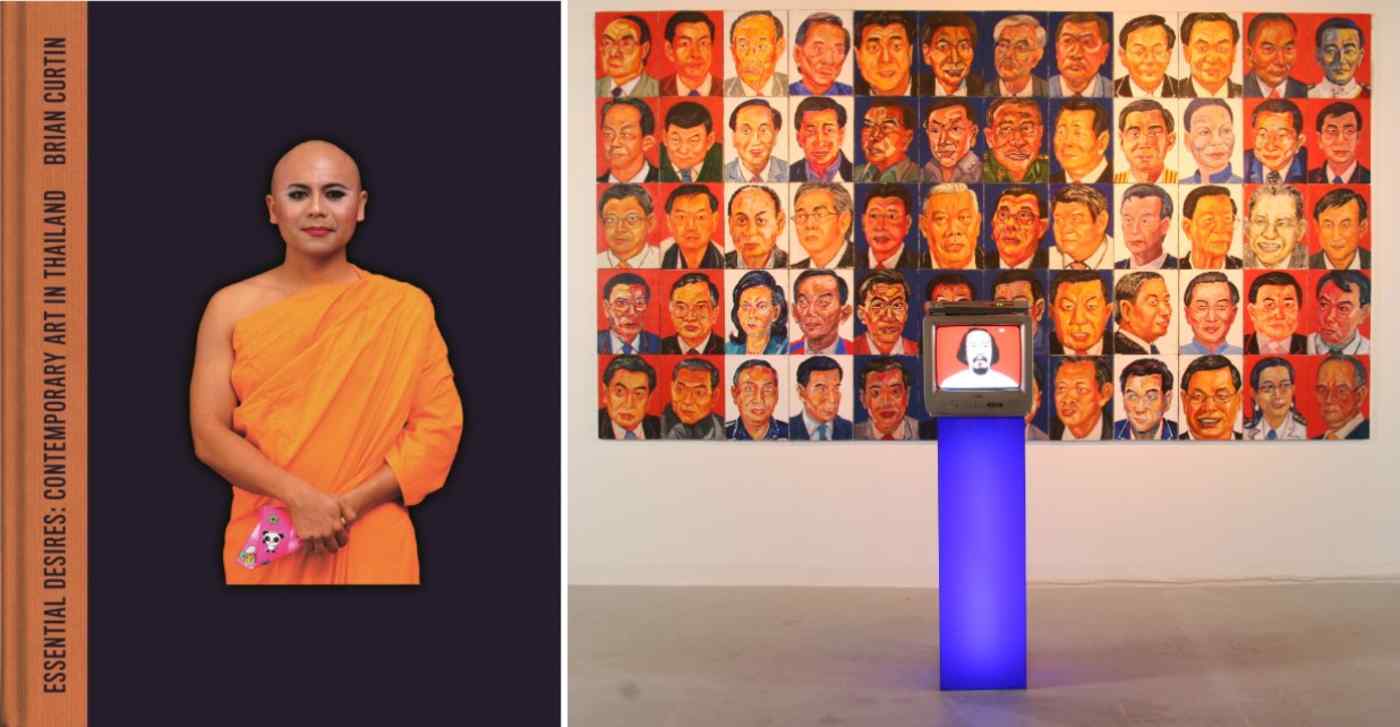 The title “Essential Desires” encapsulates some of the book’s aims: to resist fixed, essentialist definitions of Thai art and to review the many artistic desires and impulses that have underpinned it since the 1990s. (Nikkei montage/Source photos courtesy of Reaktion Books and Michael Shaowanasai, left, and, right, Vasan Sitthiket’s 2005 video installation “Are You Thai or Not?”, courtesy of the artist)
MAX CROSBIE-JONES, Contributing writerOctober 15, 2021 08:00 JST | Thailand
CopyCopied

BANGKOK -- For art historians and art scenes the world over, the question of when and how contemporary art began is vexing yet vital. Typically, an answer of sorts is found in a late-20th century period when a paradigm shift in artistic approach, forms or mediums took place, or in a group of artists who shook off the mantle of modernism.

In Thailand's case, explains Irish art critic-curator Brian Curtin in his new illustrated survey "Essential Desires: Contemporary Art in Thailand," it was an artist named Montien Boonma who led the way. "His work resolved the tensions that characterized many Thai artists in their negotiation of foreign influences throughout the modern period," he writes in the opening lines of this handsome handbook teeming with Thai art-scene incident and imagery.