Modi's ethnic nationalism threatens to deepen divisions in the subcontinent The weakening and possible collapse of Indian democracy, lamented and explained by Shashi Tharoor in "The Struggle for India's Soul" and analyzed in forensic detail by Christophe Jaffrelot in "Modi's India," is no small matter.

India, with its 1.4 billion people, is the latest and largest democratic country to fall under the spell of a populist, nationalist leader such as Prime Minister Narendra Modi. As documented in both these books, after winning his first countrywide election at the head of the Hindu nationalist Bharatiya Janata Party in 2014, Modi and his companions, notably Amit Shah, the interior minister, have undermined parliament, the press, civil society, the courts, the central bank and the election commission -- all the institutions, in short, that have maintained India's flawed but functioning democracy since independence from Britain in 1947.

They have also unilaterally revoked the special autonomous status of Indian-administered Jammu and Kashmir, which was the country's only Muslim-majority state. BJP leaders have nurtured a form of divisive politics -- fueled by hate speech and deployed through the aggressive use of social media and distortions of history -- that threatens to turn members of the country's substantial Muslim minority of more than 200 million people into second-class citizens.

In his previous works, Tharoor, an eloquent politician from the opposition Congress party who once came close to being chosen as United Nations secretary general, has been a critical biographer of Modi ("The Paradoxical Prime Minister"). He has also colorfully lambasted the British for despoiling India under colonial rule ("Inglorious Empire") and has defended an inclusive, tolerant version of Hinduism ("Why I am a Hindu").

In his new book, he mostly (and regrettably) shuns the passionate, polemical style of his earlier works to try to explain in academic language what has happened to the India he loves (he has repeatedly rejected the chance of a British passport that is his by right) and why some nationalisms are better than others. The independence struggle, he says, was marked by "classic ethnocultural nationalism" in which Indians united to oust a foreign oppressor. That was followed in the decades of Congress and coalition rule after independence by "civic nationalism." Then Modi came to power and launched his damaging "ethnic nationalism." Toward the end of the book, however, Tharoor can no longer restrain his old polemical self as he contemplates the additional harm done by Modi since he won his second term in 2019. The government, he complains "is remaking the country into a populist, communalist, chauvinist, authoritarian, slickly marketed and power-hungry kakistocracy [government by the least suitable or competent citizens] supported by stoked-up vigilante mobs -- all in the name of a democratically elected government, and at the expense of those public institutions that were intended to safeguard the rights of all Indians. They do this in the name of what Prime Minister Modi has dubbed 'New India.'" 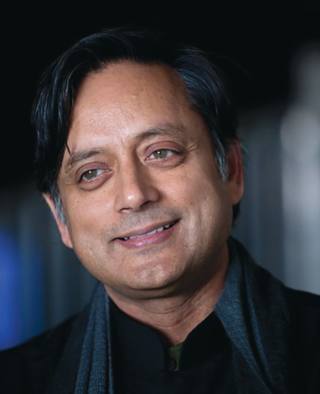 For Jaffrelot, who describes in rather more dispassionate language all the same methods by which Modi has imposed himself and his Hindutva (Hinduness) vision on India, the key point is that India has become a majoritarian "de facto ethnic democracy" in which some Muslims "feel like foreigners in their own country."

The turn of events in India over the past seven years has significant geostrategic implications, not least because as "the world's largest democracy" India is seen by the U.S. and its Western allies as a counterweight to an authoritarian and increasingly powerful China. That political role has already been called into question by India's extraordinarily poor economic performance compared with China's since the 1970s. It will be eroded still more if India continues to develop as what Jaffrelot calls "an authoritarian vigilante state." The fact that Modi, unlike the leaders of the Chinese Communist Party, has failed to translate his authoritarianism into any kind of economic outperformance, despite his early promises, will only make matters worse.

India is only the largest of the world's nations to fall under the sway of populist rulers, many of them xenophobic or authoritarian or both, such as former president Donald Trump in the U.S., Jair Bolsonaro in Brazil, Viktor Orban in Hungary, Vladimir Putin in Russia, Recep Tayyip Erdogan in Turkey, and Rodrigo Duterte in the Philippines. The list goes on, and for liberal democrats, who are always hoping for "peak populism" and the fall of one or more of the world's dictators or elected authoritarians, it remains frighteningly long.

The trouble with Tharoor's "civic nationalism" and its equivalent in other countries is that its proponents are hamstrung by their very reasonableness, their universal world view and their willingness to doubt and to accommodate the views of others. In contrast, their "ethnic nationalist" opponents are fired up by a simple, visceral message that inspires pride in "us" and the rejection and scorn of "them" or "the other."

Pratap Bhanu Mehta, an Indian political thinker, perceptively told Tharoor that his agonizing over Hinduism and Hindutva, secularism and pluralism, and how Hinduism has long been the most tolerant and inclusive of religions was beside the point because the BJP had hijacked a particular concept of nationalism that no amount of delving into Hindu texts could cure. "Let us name the problem for what it is: a deep-seated prejudice against Muslims," he wrote to Tharoor. "No amount of tradition can solve this angst. We need political, not metaphysical solutions." A Muslim woman walks past riot police in Meerut, in the northern Indian state of Uttar Pradesh, in December 2019.    © Reuters

This is akin to noting that Trump's appeal in the U.S. is really about race rather than American nationalism, because it is about protecting a fearful white middle-class from what they perceive to be an assault on their way of life by liberals, feminists and people of color. In the U.S., Trump triumphed in 2016 and began to undermine the foundations of democracy and the rule of law before he was defeated four years later by President Joe Biden, whose message attracted enough voters to win.

Unfortunately for those who want to dislodge Modi, India currently has no such alternative political force with national appeal. This is a subject that the normally outspoken Tharoor is unwilling to address. In remaining loyal to the Nehru-Gandhi family leadership of the Congress party -- currently represented by the Italian-born Sonia Gandhi (widow of the assassinated former prime minister Rajiv Gandhi) and her son Rahul -- he refrains from criticizing the abject failure of the party to mount a credible challenge to Modi and the BJP despite the many opportunities presented by the government's evident shortcomings.

Jaffrelot has no such qualms. "India's opposition parties, including Congress, have declined because of the unequal competition they were subjected to," he writes, pointing to financial imbalance and media bias. "But they were also victims of their own weaknesses. Not only have they suffered from factionalism -- a problem that has been very obvious on the Congress side, where it has been aggravated by the BJP's strategy of co-option and horse-trading -- but opposition parties have appeared as ideologically confused." 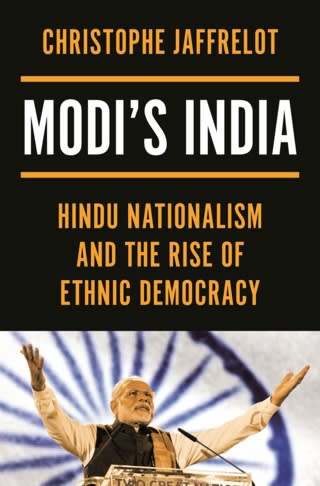 The main problem, identified by both Tharoor and Jaffrelot, is that many Congress leaders have adopted a kind of "Hindutva-lite" that accepts the BJP's framing of the political debate and so fails to present the alternative, secular and inclusive vision of India that is outlined in the country's constitution. Congress thus succeeds only in alienating many of its traditional voters, including Muslims, while failing to attract Hindu nationalists who inevitably prefer the real thing in the form of the BJP.

Tharoor and Jaffrelot are both pessimistic about the chances for a revival of India's once inclusive democracy. But India remains a much harder country than, say, China for a single party or person or religion or social movement to dominate indefinitely. As a southerner from the state of Kerala, Tharoor is acutely aware of India's cultural diversity and of how hard it is for those who draw their support from the Hindi-speaking, densely populated "cow belt" states of the north to influence events in southern states such as Tamil Nadu where unrelated Dravidian languages are spoken. As Tharoor reminds us, 23 languages are listed in the constitution, with 22,000 dialects spoken by more than 1 billion people of multiple ethnic origins. India has given birth to four major religions. Modi's version of Hindu nationalism is both narrow and perverse, Tharoor argues, approvingly quoting Amartya Sen on how Hindutva has ignored India's great rationalist and scientific traditions and how its militants choose instead to present India "as a country of unquestioning idolaters, delirious fanatics, belligerent devotees, and religious murderers."

And yet the Modi juggernaut goes on, with the BJP steadily undermining civil society and the institutions of democracy and the man at the helm promoting a personality cult as he grows his white hair and beard long and presents himself as a kind of savior-fakir for Hindus.

Where does this lead? In the decades after independence and partition, a multireligious and inclusive India understandably looked askance at its neighbor Pakistan, a country torn from British India as a home for Muslims that has become a chauvinistic champion of Sunni Islam where minorities, including Muslim ones, are persecuted or discriminated against. India's Hindu nationalists do not like Pakistan, but it is hard not to concur with Tharoor when he voices the fear that Modi is seeking to make India into its neighbor's evil, equally intolerant twin: a "Hindu Pakistan."

"The Struggle for India's Soul: Nationalism and the Fate of Democracy" by Shashi Tharoor. (Hurst Publishers, 2021)

Victor Mallet is the author of "River of Life, River of Death: The Ganges and India's Future" (OUP 2017) and is Paris bureau chief of the Financial Times.