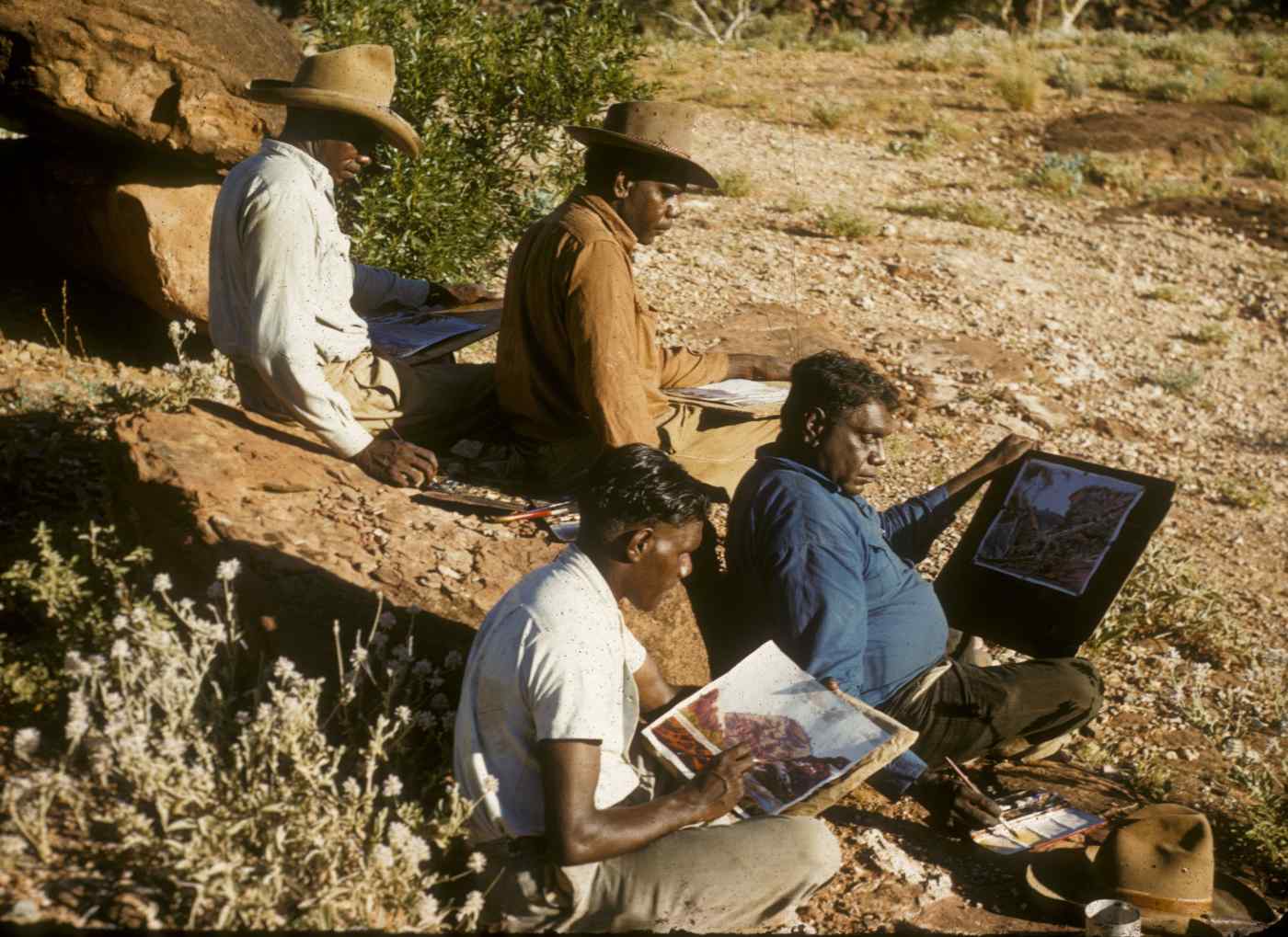 SYDNEY -- A racist injustice that blighted much of the Australian artist Albert Namatjira's life may soon be at least partially rectified. Internationally esteemed during his lifetime, the Aboriginal watercolorist sold his lambent paintings of the central Australian desert around the world. He became one of Australia's best-known artists, and was presented to Queen Elizabeth II, Australia's head of state. Lenie Namatjira and Kevin Namatjira, the grandchildren of Albert Namatjira, meet Prince Charles at the Royal Academy of Art. (Courtesy of Big hART)

Yet, as an Aborigine, widely treated as second-class citizens in earlier periods of Australian history, Namatjira was not considered an Australian citizen by the government of the time. He was not allowed to vote, own land, buy alcohol or move house without permission. Late in his life he was awarded citizenship, but was then arrested and jailed when he bought alcohol for another Aboriginal man.