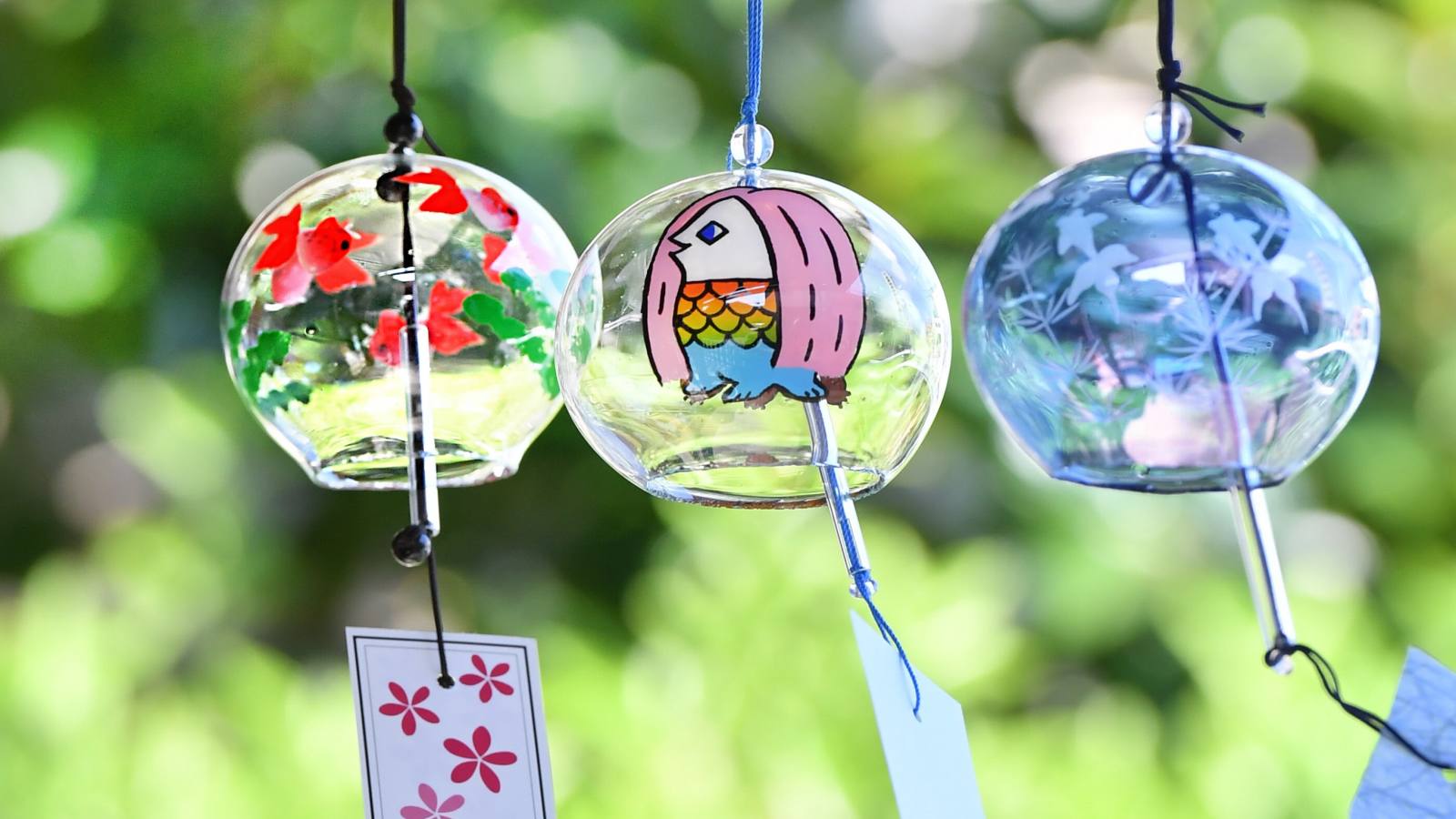 Japanese photographer pays tribute to memory and passage of time

TOKYO -- "Everything in my life has been a series of chain reactions and accidents," says Hiroshi Sugimoto, the renowned and multi-faceted Japanese photographer, sculptor, architect and visual producer, over tea in his Tokyo studio. Sugimoto, who splits his time between New York and Tokyo, had landed in Japan the night before and was speaking about his new art space, the Enoura Observatory, poised in a citrus grove high on a hill overlooking Sagami Bay, 80km south of Tokyo.

Sugimoto's art and photography can be seen in museums spanning the globe, including the Metropolitan Museum of Art in New York, Tate Modern in London, Centre Pompidou in Paris and throughout Japan. Beginning with iconic black and white photographs encompassing the unlikely subjects of seascapes, movie theaters and museum dioramas, his works have drawn international acclaim and now fetch amongst the highest prices for contemporary photography worldwide.

"Beginning with my success and ending with the Enoura Observatory, my newest project, all was unplanned," Sugimoto said. "I started making money out of my art late in life, at around 50 years old. Suddenly I began thinking how to transfer this profit to another form of art."

The result was the creation of the Odawara Art Foundation, established in 2009, and its Enoura Observatory site, which opened to the public in 2017. Sugimoto envisaged the facility as a universal forum for fine art and culture, both Japanese and international.

It contains a gallery space, which currently houses Sugimoto's seascapes, two outdoor stages (one made of stone and the other of glass), a tea house, an observation tunnel designed to view the winter solstice, an architecturally ambitious gallery with an observation platform for the summer solstice, a garden, and several lovingly preserved historical gates from around Japan.

Sugimoto aims to use Enoura to highlight art and other objects from his personal collection as well as from other sources. "I consider everything there, including the structures, to be land art (art that is made directly in the landscape)," he said. The space is also to be used for performance arts featuring Japanese traditional theater of Noh and bunraku puppet theater. The foundation will promote visual art, traditional architecture, gardens and other forms of spatial art.

The project has taken Sugimoto almost 20 years to bring to fruition -- including many years collecting the unique rocks and precious artifacts that form key elements of the landscape. "I'm still working on it," Sugimoto said. "There are 11 acres (4.45 hectares) in total and only three are open. So there is much more to do. I will need to create almost two-thirds more. I've just turned 70 and I see my lifespan is limited. Enoura is my homework, my deadline so to speak." Sugimoto in his Tokyo studio (Photo by Fran Kuzui)

Asked what inspired the 0bservatory and foundation, Sugimoto chuckled. After living in New York for several decades he found himself longing for Japan. "I envisioned a country house near the sea," he recalled. A real estate agent was enlisted to show him some properties in the resort area of Hakone. When he saw the Odawara site, he remembered that he had seen the same seascape as a child.

"My earliest childhood memory is of the sea, seen from the window of the Shonan train running on the old Tokaido line from Atami to Odawara. When the train came out of the twin tunnels, there was the vast Pacific Ocean, extending away to a sharp horizon line that snapped my eyes wide open. As if guided by an unseen hand, I was guided to this place of memories," he recalled, "I thought I'd received some sign to do something on that land in Odawara."

Sugimoto found that the land he had fallen in love with was zoned for agriculture, carrying with it a requirement to use it for "public benefit." Thus, the Odawara Art Foundation was conceived, along with plans for a museum and gallery. While Enoura is an exploration of form, texture, line and light, it is also about the passage of time and memory. "I didn't have a plan. I was just guided by something to come here," Sugimoto said. "Ultimately I established the Odawara Art Foundation with the aim of conveying the essence of Japanese culture to a wider audience." Sugimoto considers all works at the Enoura Observatory to be "land art." (Photo by David Frank)

As a young man Sugimoto did not see himself as an artist, having studied sociology and politics at Rikkyo, a prestigious Tokyo university. He was fascinated by Western philosophy as a student. After receiving his undergraduate degree, Sugimoto was drawn to Los Angeles. "In California I encountered the flower children and that kind of movement and I happily joined. They were into Zen and Buddhism and I tried to keep up."

Sugimoto decided to head to New York after completing a fine arts degree at the LA Art Center College of Design in 1974. "In 1975 my life changed in New York. I intentionally decided to be an artist. I had this vision in my mind," he said. "I wanted to take risks. I needed to decide how to promote myself as an artist. I thought about myself and about my skill. I could do photography better than most people because I'd been doing it since I was 12 years old, so I chose photography as my tool."

His plan was to relocate to New York and support himself in commercial photography. After six months he realized he had no future working in the business world. Instead he found a flourishing alternative art scene, coming into contact with artists such as Donald Judd and Dan Flavin. "I thought the contemporary art scene in New York was full of crazy people. But if that kind of mentality was being accepted, I was a good candidate because I had my unique and strange vision. My state of mind could only be expressed as contemporary art. I soon found the conceptual basis for my art."

Sugimoto began photographing wax figures of humans and animals in the dioramas at New York's American Museum of Natural History. He later photographed old movie theaters and began to study water. He traveled around Japan observing waterfalls and the idea for seascapes formed in his mind.

In 1977 he decided to submit his photography to New York's Museum of Modern Art, which offered a weekly portfolio review. "They told me that they would look at it, but no comment would be given. A week later I was told to come and pick up my portfolio and the receptionist told me that the head of photography, John Szarkowski, wanted to see me. Sugimoto, seen here outside the observatory's gallery, said only about three of the site's 11 acres have been developed so far. (Photo by Gwen Robinson)

"They wanted to buy my art, and asked how much I was selling it for. I told them I'd never sold my art before and had no idea what to charge," he recounted with relish. "I shared a flat with another guy and my half of the rent was $60 a month. So when they offered me $500 I was delighted because I could pay for rent and food for another six months." Today, his work can fetch up to half a million dollars at auction for a single photograph.

Sugimoto eventually received several grants that enabled him to live and work over the next two decades, until his work was shown in 1995 at the Metropolitan Museum of Art in New York. "All of a sudden the art market recognized me. I never expected my work to sell for so much money," he said. "It forced me to think about how to keep my art active. And I also began to look to Japan."

In the early 1980s Sugimoto and his then wife opened a Japanese folk craft and antiques store in New York's lower Manhattan. Eventually, Sugimoto decided to take over the store and showcase his passion for acquiring antiquities during trips to Japan. He credits the store with bringing him closer to his Japanese roots. "Now at 70 I've found that New York is not the place to die. I want to die in Japan."

So is Enoura, a place Sugimoto dreamed of, the place in which to live and work in his final years? He laughs. "It's such a gorgeous location, but at the moment I don't even have a room to sleep in there. Perhaps I'll need to build a Japanese style guest house on the property, so I will have a place to live."