Ignored by many tourists, Ubud's Temple of Painting is a treasure trove 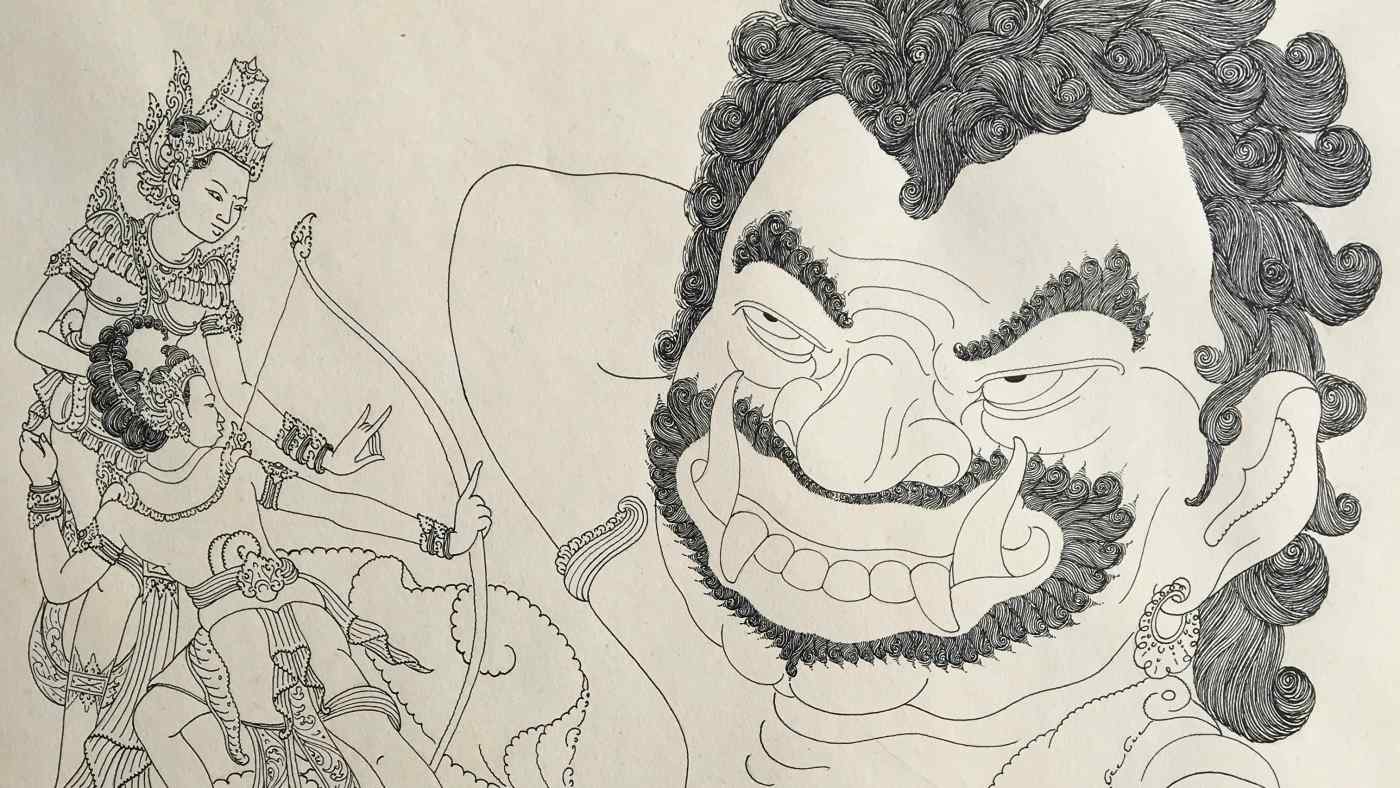 UBUD, Indonesia -- Nestled in the folds of Bali's volcanic landscape, high enough to escape the cloying humidity of the coastline, the village of Ubud provides the perfect setting to absorb the island's magical cosmic vibe. Beyond its luxury villas and five-star resorts, Ubud is known as the cultural hub of this majority-Hindu island. But you cannot experience the "real" Ubud while stretched out in a hotel spa or sipping a cocktail beside the pool.

To sample the town's extraordinary artistic history, start at the Art Market in the commercial heart of Ubud, which was featured in the 2010 hit film "Eat, Pray, Love." Here you can choose from a vast array of mass-produced paintings, countless Bintang Beer T-shirts, rows of phallic woodcarvings and a treasure trove of handcrafted silver trinkets.

There is barely room in this hectic temple of modern commerce to mop the sweat from your brow. But you can escape across the street into the Ubud of an earlier, more tranquil era at the Puri Lukisan (Temple of Painting) museum. It is like stepping through Narnia's wardrobe.

Four simple pavilions house a preeminent collection of the island's art, surrounded by a verdant tropical garden, where lazy fountains cast sparkling cascades of water over ponds festooned with lotus lilies. Pause to take in the everyday miracle of the blooms: nature showing off its effortless power, creating ephemeral beauty from the slimy mud.

When the foundation stone of Puri Lukisan was laid in 1954, the Republic of Indonesia was just half a decade old. This modest building was important enough to bring Indonesia's Prime Minister Ali Sastroamidjojo from the capital, Jakarta, to officiate. The infant nation wanted to demonstrate the lineage and originality of its culture by showcasing a vibrant example of the country's ethnic diversity. 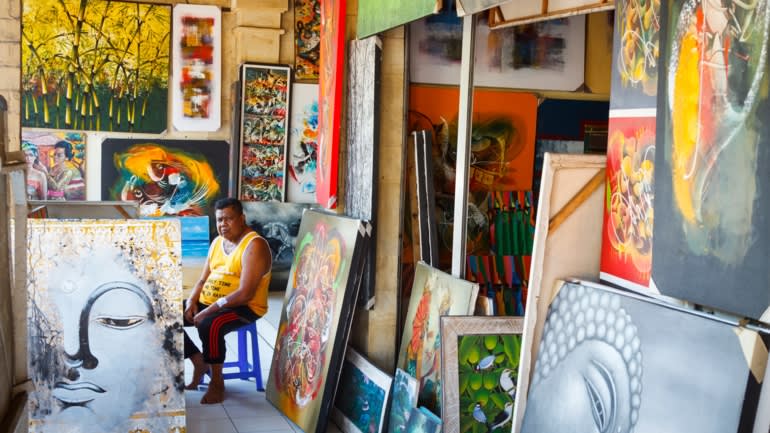 Yet this is not the static culture that a tourist might admire in the ancient stones of Egypt or Greece. This is a culture so dynamic that within a single lifetime the creative impulse has renewed itself again and again, responding not only to dramatic changes in the domestic environment, but also to the revolutionary stimulus of the outside world. Repeatedly, Bali has been exposed to foreign influences, absorbed them and embodied them in a synthesis that is uniquely Balinese.

As an example, contemplate the mix of continuity and change in the long life story of Bali's greatest artist -- the late I Gusti Nyoman Lempad, who was present when Puri Lukisan's foundation stone was laid and continued to work until his death at 116 years old. He also painted the two murals astride the entrance. His association with Bali culture, however, goes back much further. 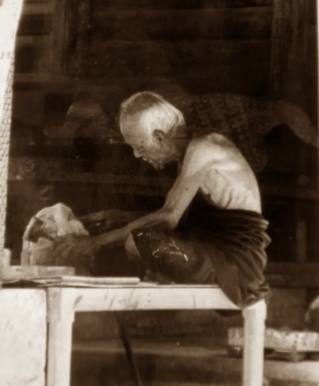 Born around 1862, Lempad grew up under the creative guidance of his artist father. The influences and environment of his first half-century were purely traditional. From early on, he was acknowledged as an outstanding stone carver and architect. His originality and creative gifts were clear even within the constraints of traditional artistry. His Saraswati water temple, standing not far from Puri Lukisan, attests to his immense skill.

But Lempad's talent flowered in a new direction when he was exposed to the foreigners who began arriving in Bali in the 1920s. In 1936, when he was already more than 70 years old, he became a founding member of the Pita Maha artists' association, set up by Ubud's king to promote local culture.

With newly available art materials and exposure to Western art, Lempad's chosen medium shifted radically from stone to paper. He took up line drawing -- using Indian ink on parchment -- depicting the whole gamut of Balinese life, from the quotidian to the spiritually charged. After the disruptive hiatus of World War II, he resumed his quest for the "illuminating line" -- the Matisse-like simplicity that would capture the essence of life in a few fluid strokes. 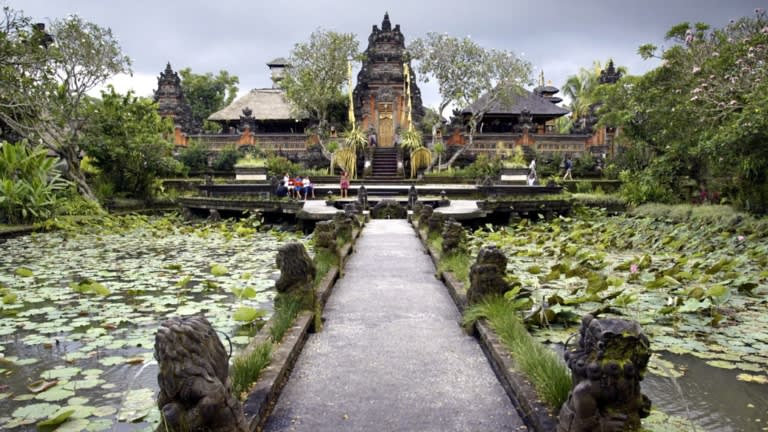 As you sit in the unadorned gallery that displays his works, ponder the amazing journey of Lempad's life. Born before the French impressionists staged their revolt against traditional European art in the 1870s, he was immersed for half of his life in the richness of the Hindu legends, with their storytelling of gods versus humans, good against evil, and the eternal striving for harmony. Well past his 100th year, he continued to capture Bali's legends and life on paper, undistracted by the temptations of the island's post-1965 tourist-driven economic transformation.

In 1978, Lempad at 116 brought his earthly journey to an end, seemingly choosing to die on an auspicious day. Fittingly, two of his companions in setting up the Pita Maha in 1936 -- Rudolf Bonnet and Tjokorda Gde Agung Sukawati, the king of Ubud -- died the same year, ending this chapter of diverse cooperation.

The concurrence was so close that the king shared the hugely elaborate funeral cremation that Lempad's family, friends and admirers arranged to see him safely to the next world. The grand ceremony marked the end of an era, with a nine-tiered tower, a bull-shaped coffin and a cast of thousands, all captured in an acclaimed documentary by Australian filmmaker John Darling.

Sadly, the same Balinese artists who command a prominent place in public galleries around the world often rate no more than a casual glance from those who journey to Bali for sun and surf. In Jakarta, a June exhibition of Lempad's works at the Galeri Salihara drew admiring crowds; but that is a different world. Perhaps Bali's tourist industry finds it more profitable to promote galleries that sell paintings, not just exhibit them.

Lempad would look down with impish amusement on this demonstration of the foibles of the human condition and the hurly-burly of restless capitalism. He never sought fame or fortune in his earthly life, so lack of recognition or appreciation would not matter a jot. Perhaps he might respond by making an addition to his latest celestial landscape: a couple of sweating, grumpy Westerners wearing Bintang Beer T-shirts and flip-flops.