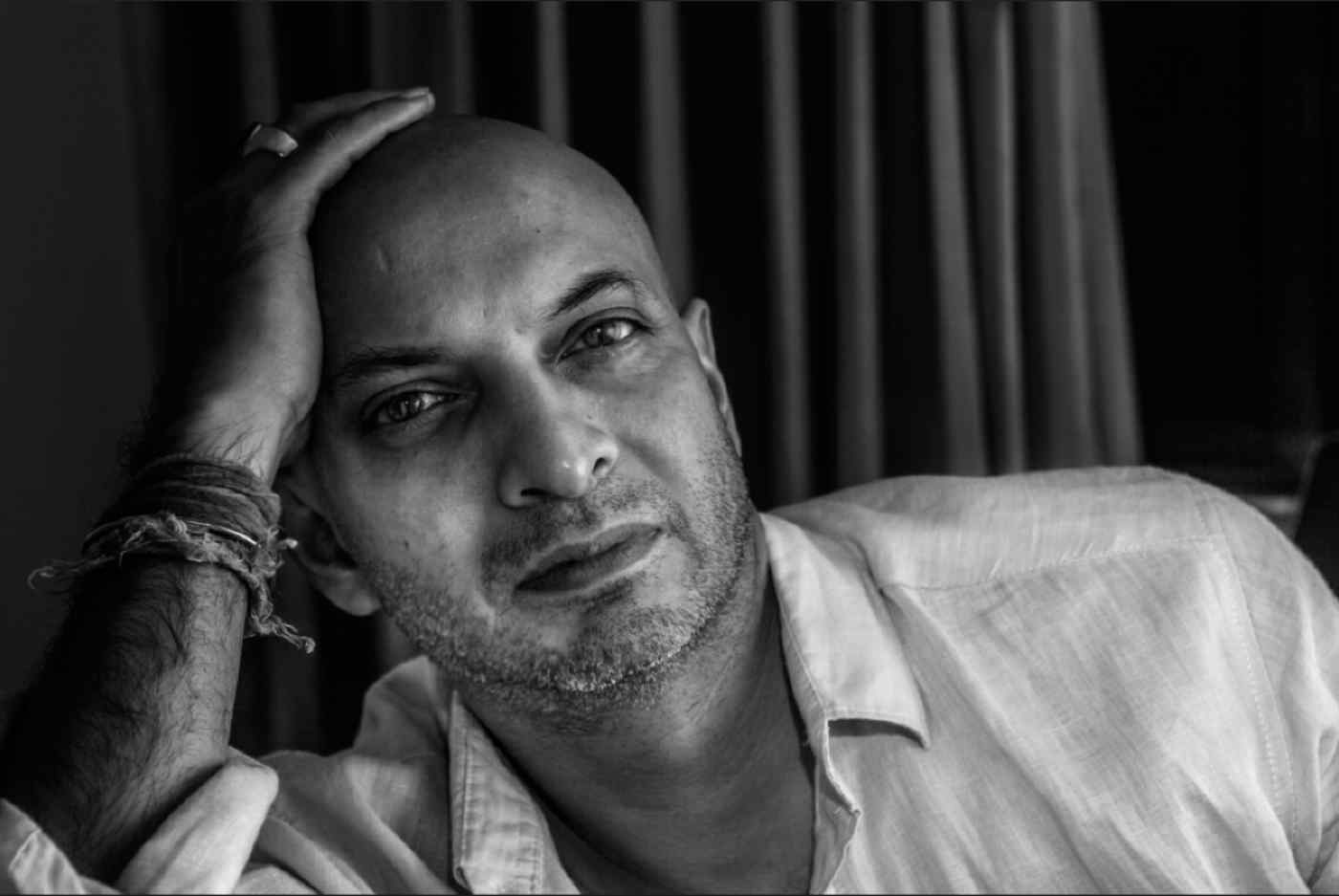 Drawing as much on Allen Ginsberg as Salman Rushdie, Pakistani author H.M. Naqvi writes in the voice of a proudly dualistic citizen of the world, who cut his literary teeth not on Chaucer but on spontaneous slam poetry rapping sessions. (Courtesy of Abbas Agha)
JOHN KRICH, Contributing writerFebruary 26, 2021 08:00 JST | Pakistan
CopyCopied

KARACHI -- If there is one bright spot amid the world’s COVID-19 lockdowns it is that solitary writers are finding the time, concentration and motivation to rush fresh literary creations into existence.

For acclaimed Pakistani author H.M. Naqvi, whose meticulous attention to prose style and broad social canvas led to a decade’s labor on each of his first two novels, the threat of mortality through viral contagion has prompted him to promise a new book within a year.

“I have thrown myself into work through surge after surge, religiously adhering to routine,” Naqvi, 46, told Nikkei Asia, describing life in his Karachi home. “I write till 4 in morning, write in the afternoon. I take a break on my balcony in the evening for an hour or two, listening to music, surveying the sky -- I think I saw Jupiter and Saturn the other night at dusk. I hope it’s a good sign.”

Most things have gone well for the former U.S. employee of the World Bank’s International Finance Corp. since he gave in to a calling that first made itself felt at the age of 10. It was then that he “self-published” his first novella, “stapling a sheaf of A4 paper together.” “It might be described as a Pakistani ‘Gulliver’s Travels.’ I still have it somewhere,” Naqvi laughed.

Decades later, he burst onto Asia’s literary scene when he upset several more established authors to win the maiden DSC Prize for South Asian Literature, then worth $50,000, for his initial effort, “Home Boy,” in 2011. More unusual is that the novel was set largely in late-night downtown Manhattan at the turn of the millennium, as three freewheeling, self-consciously hip Muslim immigrants with Americanized visions and loyalties are caught up in the backlash from the 9/11 terrorist attacks on the U.S. 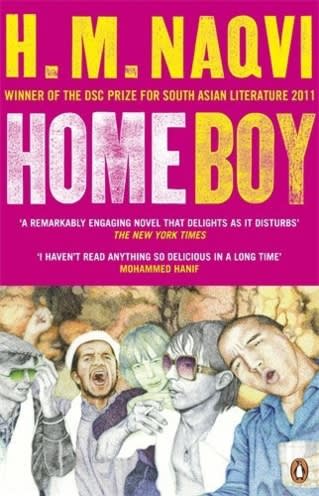 Naqvi's breakout novel "Home Boy" was described by one writer as being full of multicultural wordplay fusing “street slang and literary discourse, pop culture and politics.”

“I happened to be in New York at a fraught and frightening time,” Naqvi recounts. “I lost a friend in one of the towers that collapsed, my brother was visited by the authorities after, and the subsequent wars caused certain devastation in Pakistan. Such anxieties did inform ‘Home Boy.’”

They also led USA Today to call the novel, “A slum dunk. … An authentic and honest portrayal of what it’s like to be a Muslim living in post-9/11 America.” Beyond Naqvi’s unique outsider’s perspective, the book gained attention for its roiling prose, full of multicultural wordplay fusing “street slang and literary discourse, pop culture and politics,” in the words of the writer Lee Siegel, with narration that the Huffington Post lauded as “evocative of [Vladimir] Nabokov in its energy.”

Drawing as much on Allen Ginsberg as Salman Rushdie, Naqvi writes in the voice of a proudly dualistic citizen of the world, who cut his literary teeth not on Chaucer but on spontaneous slam poetry rapping sessions.

“Sometime after arriving in the States, I was trawling the streets in [Washington] D.C. feeling lost, lonely, when I happened upon a joint called the Fifteen Minutes Club, where poets were reciting raucous poetry on a makeshift stage,” he recalled. “The best poet was awarded a cash prize. I wrote a couple of verses on a cocktail napkin and won $50. I would be invited to perform at the Green Mills Jazz Club, the Nuyorican, Lollapalooza” (top U.S. venues for spontaneous literary rapping) “and the nationals (the 1995 National Poetry Slam) in Michigan. I ‘represented’ Pakistan. I didn’t win but it was a hell of a ride.”

That ride began when Naqvi secured a scholarship to Georgetown University, where, as he now confesses, “I wanted to study literature, but as a concession to my father took classes in economics also -- the ‘dismal science’ got me a job after graduation. After spending a year sleeping on friends’ sofa beds, eating one meal a day (a large burger at a Chinese fast food joint), and writing stories that were roundly rejected by literary magazines, I got past security at a bank one day, walked into the HR department and presented my CV. I found myself incarnated as a banker soon after.”

Yet after a decade in finance, which included a stint on Wall Street, Naqvi found he was lacking a sense of purpose to go with his paychecks. “There wasn’t meaning in it for me,” he said. He terms the creation of “Home Boy” -- a coming-of-age tale set amid the thrills of Manhattan’s unbridled underground culture and ending in xenophobic attacks and FBI harassment -- as a “desperate slog, punctuated by a degree in creative writing” at Boston University, where he was mentored by China-born novelist Ha Jin, a U.S. National Book Award recipient who describes Naqvi as “a superb stylist.”

“When I ran out of money, I moved back home to Karachi,” Naqvi said. Oddly, that puts him in the minority amid the extraordinary group of Pakistanis currently writing in English, such as Kamila Shamsie, Daniyal Mueenuddin and Mohammed Hanif, many of whom are just as likely to be found teaching and living in the U.K. or U.S. A vendor at a food market in Karachi in April 2019. Naqvi says living in the world's sixth-largest city can be "maddening at times," but that its excellent street food makes it more livable.   © Reuters

This loyalty, and affection, for his sprawling, boggy hometown led to “The Selected Works of Abdullah the Cossack,” published in the U.S., U.K. and India in 2019. Sweeping in its ambition and inventive language, it is not a mainstream page-turner but an elliptical and poetic stream-of-consciousness ramble that the literary critic John Freeman has credited with bringing “a brand-new sound into the novel in English.”

Untethered by clear time or space yet nonetheless claustrophobic in its depiction of oppressive family relations, the novel is narrated by a near-blind “[136 kg] 70-year-old ... scion of a Karachi business family that has fallen on hard times,” his creator said. Aside from Abdullah’s eccentricities and unhinged sexual urges, what comes through most vividly are the faded former colonial nightspots and neighborhood haunts where he returns to find curious comfort. Published in 2019, “The Selected Works of Abdullah the Cossack” it is not a mainstream page-turner but an elliptical and poetic stream-of-consciousness ramble.

“The amount of research that went into “Abdullah the Cossack” -- visiting sites, conducting dozens of interviews, excavating primary source documents -- could fill another volume,” Naqvi said. “Just as for 'Home Boy,' [for which] I spent night and day with New York cabbies for weeks.”

Yet the unceasingly erudite, stylish and basso-voiced Naqvi, born in London and raised partly in Algiers and Islamabad, seems to have found his natural urbanscape, both literary and personal, in this most strangely Dickensian of modern conurbations. He has also lent his prestige and participation to the establishment of the Karachi Literary Festival, which has surprisingly and consistently drawn enormous local crowds.

“Karachi is the sixth-largest city in the world, depending on how you cut the numbers -- a megalopolis like Cairo or Sao Paulo,” he said. “It can be maddening at times, but it’s home. We have some fantastic colonial architecture here, fantastic street food, and there is the sea.” A man guides his camel as he offers rides to people visiting Karachi's Clifton Beach in December 2020.

The writer’s occasional forays into eyewitness journalism are likewise memorable, always drilling down deep -- especially two pilgrimages, one to the desolate Pakistani province of Balochistan and more recently to the obscure town of Pakpattan, to capture devotees of Qawwali music in “Soul Power: Dispatch from One of the Oldest Music Festivals in the World” for The Believer magazine. He has also dabbled in essays, such as “My Year of Covid Reading.”

As for the world’s biggest shared story, the traumatic spur for his new output, Naqvi observed, “For some epidemiologically opaque reason, Pakistan seems to have escaped the worst of Covid, but it’s here, and has struck friends, family. If I don’t make it, I’ll be interred, transmogrified into my constituent parts, hydrogen, carbon -- mulch.”

“Covid puts things into perspective,” he adds. “We all lockdown a visceral understanding of how things can end now.”