New translators lead contemporary authors out of the global margins 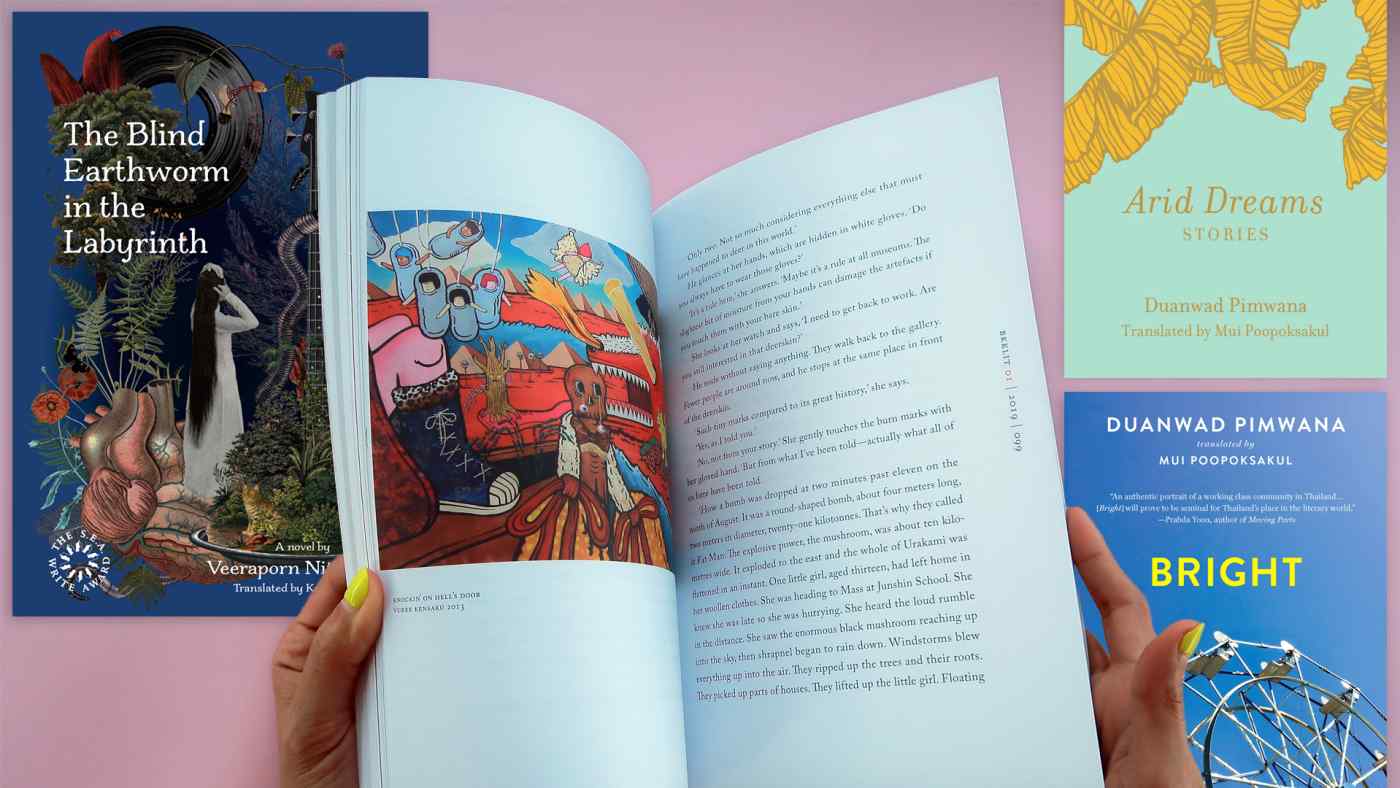 BANGKOK -- For years, the Thailand sections of Bangkok's English-language bookstores have been dominated by a colorful yet shallow mixture of popular and academic history, travel guides, coffee-table cookbooks and expatriate-penned thrillers that amplify the country's less-savory aspects. What they have sorely lacked, in other words, is Thai voices.

Slowly, however, that is changing: From an earthy bildungsroman to an unremittingly lyrical love story, contemporary Thai literature in translation is making its presence felt as never before.

"Bright" and "Arid Dreams," by Duanwad Pimwana, one of Thailand's most acclaimed female authors, were released in English in the U.S. in April. Both were translated by Mui Poopoksakul, a Berlin-based former lawyer who is also behind cult author Prabda Yoon's two English-language short story collections, "The Sad Part Was" and "Moving Parts," which were published by the U.K.'s Tilted Axis Press in 2017 and 2018, respectively.

Together with two-time Southeast Asian Writers Award winner Veeraporn Nitiprapha's "The Blind Earthworm in the Labyrinth," released by Thai publisher River Books in late 2018, these titles have brought the number of translations of Thai novels in the past two years to a grand total of five.

While that figure might seem modest, it qualifies as a milestone for a country that readily gives itself up for foreign consumption in fields such as cuisine, tourism and film but has proved oddly inert in exporting literature. 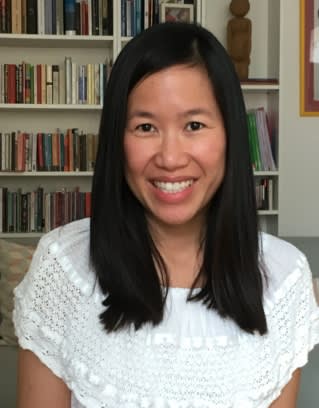 Mui Poopoksakul, a former lawyer based in Berlin, has quickly established herself as Thailand’s foremost literary translator.   © Credit: Courtesy of Mui Poopoksakul

According to the University of Rochester's Translation Database, which tracks original works of fiction and poetry published in the U.S. in English translation, Japanese literature leads the way, with 363 books since 2008, followed by Chinese, with 254, and Korean, with 141. Even Asia's laggards fared better than Thailand: 18 Indonesian, 12 Hindi and nine Vietnamese books made the list over the same period while Thailand, prior to the release of "Bright" and "Arid Dreams," had none.

"Broadly speaking I think the reason so few Thai books have been translated is because the interest in Thailand from foreigners is rarely on the modern Thai arts," said Prabda. "When Westerners look toward Asia for cultural sophistication they understandably focus on China, India, Japan. And while such a matter also depends on cultural and market trends, state policies, elitist bias, etc., I think another reason is because Thailand has never been known for any big narrative that concerns the rest of the world."

For film critic Kong Rithdee, who made his translation debut with "The Blind Earthworm," the lack of English readers in the country -- which reflects the absence of Western imperialism in Thailand, along with the linguistic colonialism it facilitated -- is also a factor. "Indian writers sell well, as do Pakistani or Malaysian or Singaporean ones. In post-colonial countries there's a culture of English language literature that Thais don't have," he told the Nikkei Asian Review. Film critic Kong Rithdee took on the free-flowing lyricism of Veeraporn Nitiprapha’s S.E.A. Write-winning “The Blind Earthworm in the Labyrinth” for his first literary translation.   © Courtesy of Kong Rithdee

While Mui and Kong are not alone in their efforts -- Marcel Barang, a prolific Frenchman, spent many years churning out translations of modern Thai classics, most of which now languish in e-book format -- the country also lacks translators, especially enterprising ones capable of pitching ideas and getting projects off the ground.

"People who are fluent in both Thai and English are numerous, but very, very few are fluent in them in the literary sense, and even less are interested in literary translation work," said Prabda. "Rarer still are ones who translate from Thai to English."

Prabda said the fact that all but one of the recent releases were translated by Mui is as worrying as it is impressive.

"If Mui remains the only translator who can reach English-language publishers then there will not be a consistent energy," he said. "She may continue to introduce new Thai writers to the world stage, but one person can do only so much."

Fortunately, a biannual journal that hopes to cultivate a pluralistic new generation of literary translators has also emerged. Available online and in Thailand's main bookstores, The Bangkok Literary Review -- 166-pages of original translations of contemporary Thai poetry and short stories peppered with art illustrations -- is an elegant and engrossing read. Yet its revelations stretch beyond the page. Reading between the lines it becomes clear that the publication marks the English-language debut of many of its 10 featured authors, as well as the surfacing of a handful of eager new translators. 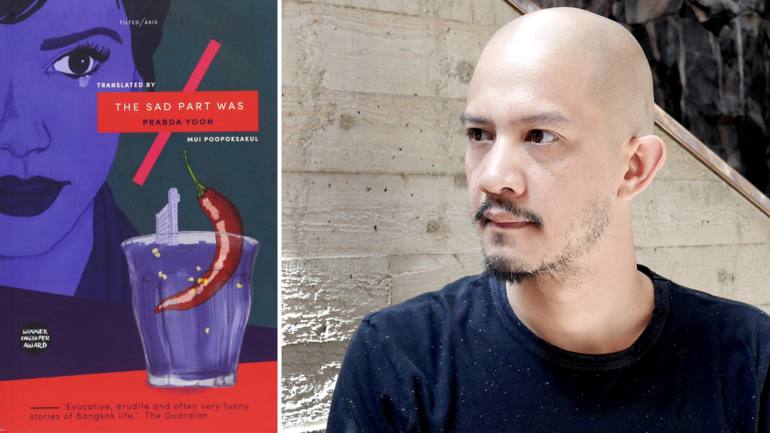 The short stories of Thai literary sensation Prabda Yoon are available in two English-language collections, including “The Sad Part Was.”    © Courtesy of Prabda Yoon/Tilted Axis Press

"Our main challenge in putting it together was that Thailand lacks good [translators]," said editor Pariyapa Amon-Wanitsan, a cultural officer at Thailand's Ministry of Culture. To overcome this lack, she and her co-founder, British editor James Hatton, came up with the BKKLIT Translation Prize, an award that offers a modest cash prize. "We wanted to dig translators out of the woodwork -- and it worked," Hatton added. "We met a few through the competition that turned out to be really good. Two of them had never even tackled literary works before."

Their discoveries include Thais, such as Noh Anothai and Wichayapat Piromsan, and non-Thais, such as Dylan J. Hartmann, each with their own niche spheres of literary interest.

Together, these releases are introducing English readers to some of the characters and narrative strains that have populated Thai literature in recent years. Inhabiting a heightened tropical realm of the senses, "The Blind Earthworm" is a feverish love story that only Thailand -- and a writer highly attuned to it -- could produce. 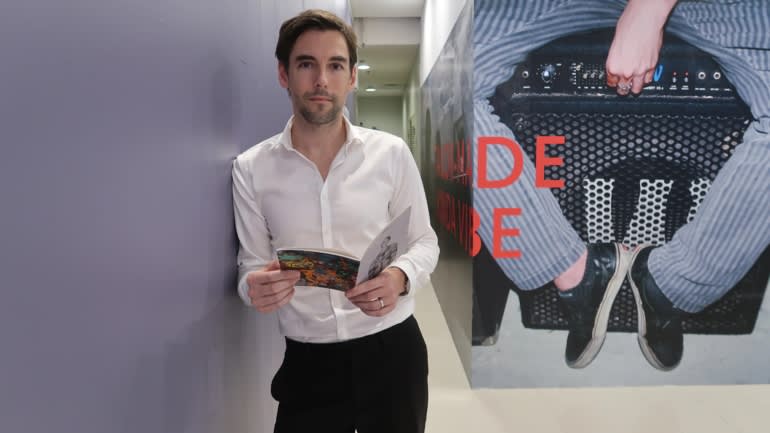 By contrast, Duanwad's "Bright," about a young boy whose father has abandoned him in a tenement housing community, strays into raw social realism territory, as do the 13 stark tales of the working class that comprise "Arid Dreams." The Bangkok Literary Review, meanwhile, is steeped in the playful postmodern surrealism that Prabda popularized in the country; its short stories introduce us to shape-shifting ravens and couples who swap lives, among other uncanny characters.

These releases are also drawing attention to the idiosyncrasies of the language itself, which is largely punctuation-free yet rich in wordplay and semantic nuances. In his translator's note for "The Blind Earthworm," Kong explains that the difficulty of translating is "rooted in the fundamental structure and extreme pliability of the Thai language."

This is something Mui also wrestles with in her projects. "I think Thai rhymes a lot more than English," she said, "so in 'Moving Parts,' for example, I tried to only preserve the bits that stood out even in the Thai." Common rhyming phrases which "Thai people practically don't hear anymore" were toned down in the English so that they "don't sound too Dr. Seuss-like." 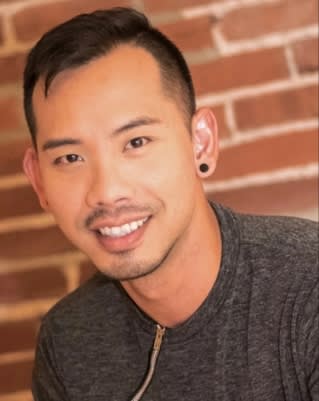 Noh, who won a BKKLIT prize for his translation of Chiranan Phitpreecha's tightly metered poem "Firefly," said one of the biggest challenges "is the way a character's choice of pronoun encodes so much information about how he or she views him or herself in relation to the world, and how little articles can completely change the tone of a passage." And then there are the politics of translation to consider. "You can complicate matters even further," he added, "by considering the relationship of the source text and receiving language, the positionality of the translator relative to the original author, the text's place within a particular canon or tradition, and the ethics of representation."

Beyond the practical challenges of Thai translation, Thailand's emerging translators are also struggling to turn what is a labor of love for most of them into a viable profession. This is an issue common to literary translators everywhere, but is especially acute in Thailand.

None of the translations of Prabda's or Duanwad's work would have materialized without the support of a triumvirate of U.K.- and U.S.-based nonprofit publishers: Feminist Press, Tilted Axis Press and Two Lines Press. Similarly, The Bangkok Literary Review would not exist without the funding it received from Eric Booth, assistant managing director of Thailand's Jim Thompson Group and the art collector behind Chiang Mai's Maiiam Contemporary Art Museum. 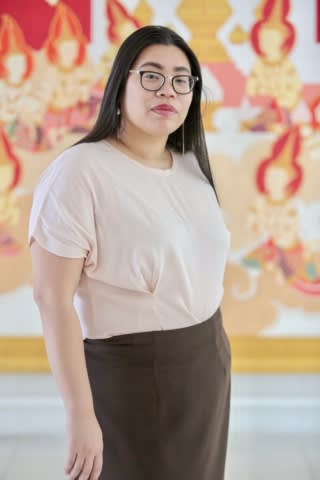 Booth decided to support the publication because he felt an affinity with its mission. "The main reason for building Maiiam and sharing my collection was so that people in Thailand can see what has been happening for the last 30 years in the world of Thai contemporary art," he said. "What The Bangkok Literary Review is doing through its presentation of Thai contemporary writers is similar."

While this support is welcomed, many of Thailand's translators believe the government needs to step in if the recent surge is to prove more than a pleasant anomaly. "I wish Thailand had something like the Literature Translation Institute of Korea," said Mui, referring to South Korea's state-funded organization and its long-term mission to globalize Korean literature through a systemized process of translation.

Kong, who agrees with this idea, added that the recent spate of activity masks a perverse injustice. "If you make Thai music, film or theater you will be invited abroad. But with literature it is so strange, because it's supposed to be the pinnacle of culture, right? And yet we never go anywhere. There are a lot of great Thai writers out there who are still totally unknown."